NBA News and Rumors
If you’re an NBA odds bettor that wants to know why sweet-shooting ‘Chef’Curry and the Golden State Warriors are going to roast and toast LeBron James and the Cleveland Cavaliers once the 2015 NBA Finals gets underway on June 4, then you’ve come to the right place!Thanks to this MyBookie.ag original betting breakdown, you’re about to find out all about the Warriors and why I believe they are going to hoist the 2015 NBA Finals championship trophy to cap off what has been a history-making campaign for the title-starved franchise.Let’s get started at the very top at the point guard position with Curry. 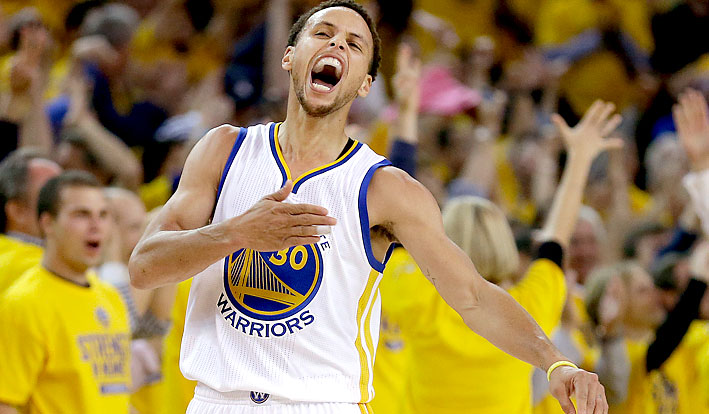 Unfortunately for the Cavaliers, Curry has been even better this postseason in putting up a whopping 29.2 points per game while shooting a blistering 43.7 percent from downtown.Call me crazy, but I don’t see anyone on the Cavs’ roster stopping Curry – and that includes LeBron James should he be foolish enough to try and stop Golden State’s 5-star chef!

Klay Thompson is on the mend after taking one of the strangest hits ever in Golden State’s Game 5 Western Conference Finals close-out win over Houston. Golden State’s all-star shooting guard was on the wrong end of an inadvertent knee to the head and ear from Houston forward Trevor Ariza the last time he took the court, but with eight days off, Thompson should be back to full health by the time the finals start on Thursday night. 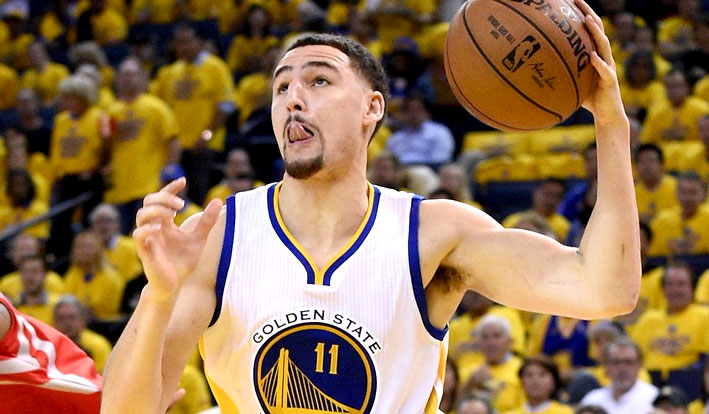 Anyway, the Warriors all-star sniper is putting up 19.7 points per game this postseason while shooting an impressive 42.9 percent from beyond the arc. Not only that, but Thompson is arguably the best two-way player shooting guard in the game today and plays ‘lock-down’ defense on each and every possession. If you need another reason why the Warriors will win the 2015 NBA Finals, just know that Klay Thompson has a big edge at the shooting guard position over Cleveland’s Iman Shumpert.

After watching San Antonio small forward Kawhi Leonard give it to LeBron James in last season’s finals en route to the MVP award, I’m wondering if something similar is in store for Golden State’s Harrison Barnes. 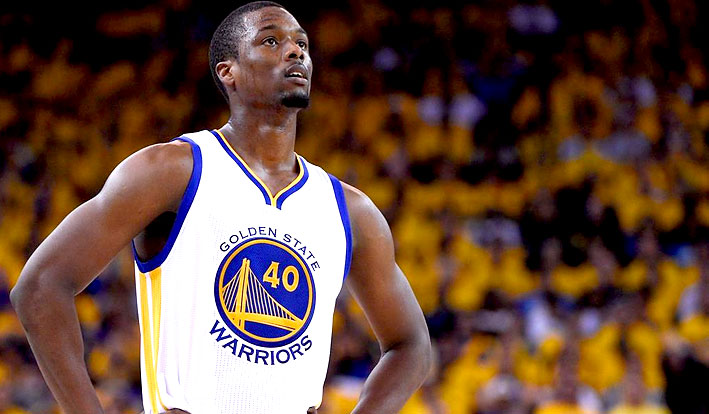 Barnes led the Warriors to their close-out victory over Houston in Game 5 by scoring 24 points to hold off a desperate Rockets ballclub and I like the growing confidence and more aggressive offense I’ve seen in him this postseason and I believe he will at least make LeBron James respect him by putting the ball in the hole if James strays too far.Barnes is Golden State’s fourth leading scorer this postseason (11.3 ppg) and shoots the ball at an efficient 46.2 percent from the field and decent 32.6 percent clip from three-point distance.While it’s a fact that no one player (outside of Leonard) has been able to stop LeBron James in what has now been a sure-fire Hall of Fame career, I do like Harrison Barnes to keep James honest at the defensive end of the floor.

It’s funny that Draymond Green doesn’t ‘look’ like he’d be able to do all of the things he does playing power forward in the NBA.Standing an undersized 6-8, Green isn’t very tall or overly athletic for his position in today’s NBA. Nor is the former Michigan State star an elite shot-blocker or extraordinary rebounder. 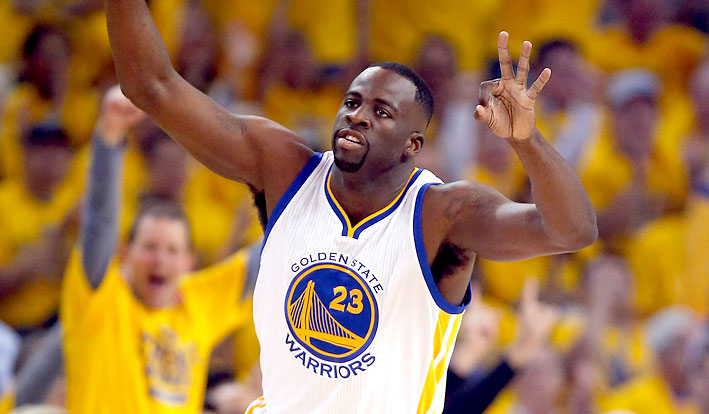 So, what is it that makes Draymond Green so good – and absolutely invaluable to the success of the Golden State Warriors Well, it’s everything else!Green’s attitude and playing style remind me of some sort of combination of former league stars Charles Oakley and Charles Barkley. Green hustles on every single play and has a motor that doesn’t stop and can’t be equaled by most power forwards. Green is physical, yet nimble and skilled enough to grab a defensive rebound and go coast-to-coast for his own basket.Green is tough and can be a bit of an enforcer – and he can shoot the rock from deep – even he’s struggled from beyond the arc this postseason. Green is giving the Warriors an invaluable 14.0 points and 10.8 rebounds per game this postseason and has a nearly unrivaled skill-set at the power forward position.

Golden State’s Andrew Bogut is averaging just 6.5 points per game this postseason, but the No. 1 overall pick in the 2005 draft is also averaging 9.1 rebounds per game and is a great passer for a man of his size. 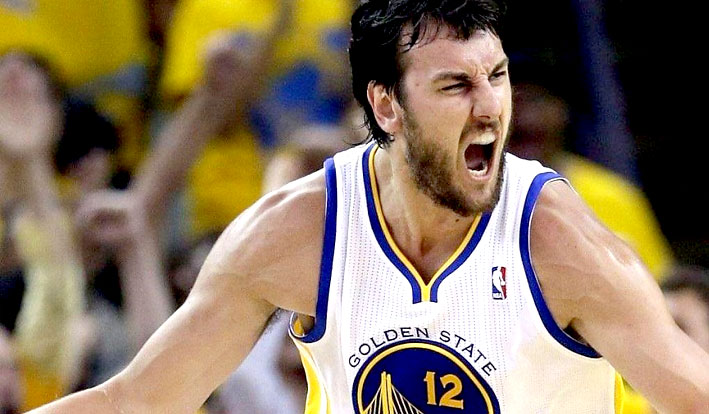 Bogut’s minutes are down just a bit from the regular season and could be down even more in the finals, but for good reason, which I’ll get to in just a moment. Sure, Bogut isn’t elite and never will be, but he’s good enough to outplay Cleveland’s Timofey Mozgov.

Simply put, there aren’t many teams that can match up with Golden State’s depth-laden reserves and of the ones that either do or come close to doing so, the Cleveland Cavaliers surely are not one of them.The Warriors call on veteran swingman Andre Iguodala as the first man off the bench and he’ll provide his usual brand of outstanding perimeter defense on whoever he’s guarding and Iggy’s scoring is up from 7.8 points per game in the regular season to 12.7 per outing this postseason. 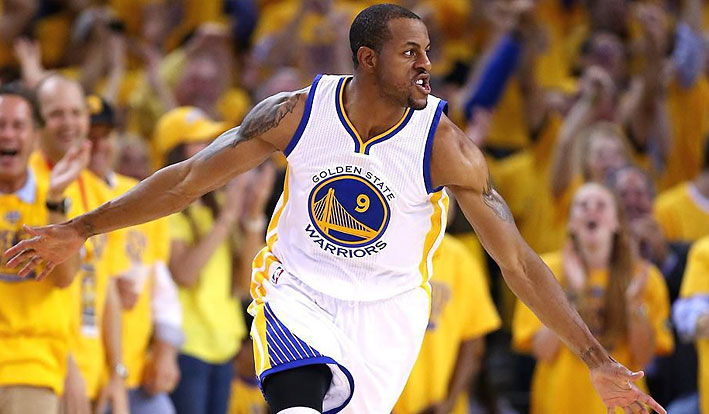 Veteran guards Shaun Livingston and Leandro Barbosa are heady players that make the right play far more often than not and can still score the ball consistently when called upon and the same goes for former all-star power forward David Lee and sweet-shooting veteran Marreese Speights who should be ready to go for the finals after battling a right calf sprain all postseason.Last but not least, I’m expecting a very nice contribution out of blossoming backup center Festus Ezeli after watching him score a dozen points and pull down nine boards in Game 5 against the Rockets. More importantly, I thought it was interesting to see Steve Kerr play Ezeli for about 10 more minutes in the game than Bogut. Moving forward, I believe Warriors head coach Steve Kerr will find ways to get the more athletic Ezeli more playing time in place of Andrew Bogut.

Steve Kerr may be a rookie head coach, but he’s been a winner in the league for decades in various roles and that’s something Cleveland’s David Blatt may never be able to claim. 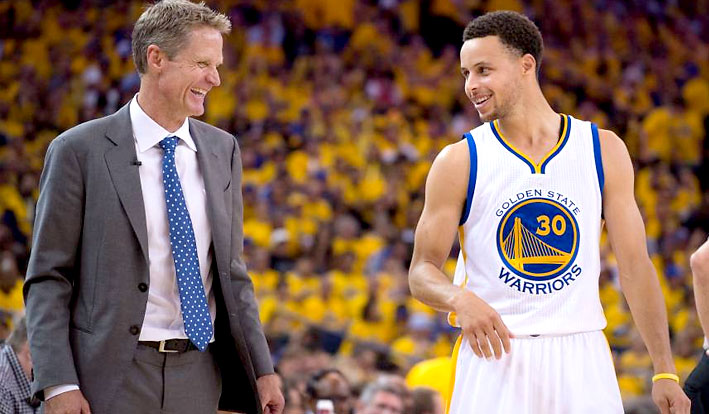 Kerr won five NBA titles as a player (1996-99, 2003) and was one of the best TV analysts on air when he was in that position after retiring and did a credible job as GM of the Phoenix Suns for three years.

Now, let’s take a look at the Warriors statistics

By The Betting Numbers