NBA News and Rumors
A pulsating, surprise-filled 2015 NBA draft is officially in the books. Who were the biggest winners and losers for NBA betting fans? Let’s take a look. 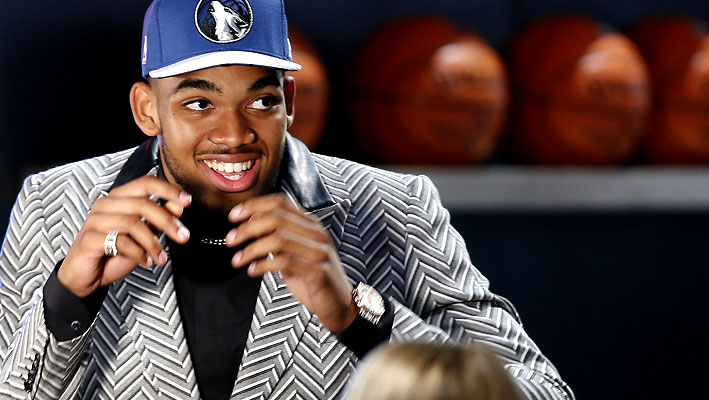 Using the No.1 overall pick, Minnesota selected Towns, a player vastly skilled on both sides of the field with the potential of being a franchise guy. Alongside 2014-15’s standout rookie Andrew Wiggins, and with the solid guidance of Kevin Garnett who is set to re-sign with the Wolves, Towns should be able to develop into a solid player, helping the Timberwolves to become a commendably competitive team in a couple of years.

Mitch Kupchak Does it Big for the Lakers 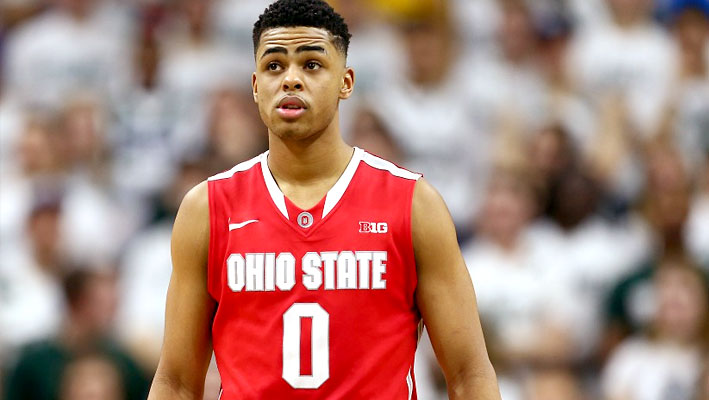 Passing over Jahlil Okafor was a big surprise, but a necessary one, considering the Lakers are already loaded with good enough frontcourt options and the free agency could grant them with better needs. Instead of Okafor, the Lakers went for D’Angelo Russell, a player who can function at either guard position, score from nearly anywhere on the court and pass the ball incredibly.Larry Nance Jr. was a bit of a reach with the 27th overall pick, but he should be a good value pick. After all, what could go with the son of an NBA legend? And then there #34 pick Anthony Brown, an athletic player that never shot below 44 percent from downtown in his time at Stanford. So although it would be a miracle if the Lakers win it all in 2015, there is no denying that general manager Mitch Kupchak has done enough to make the Lakers a team worthy of watching in 2015 and the years to come. 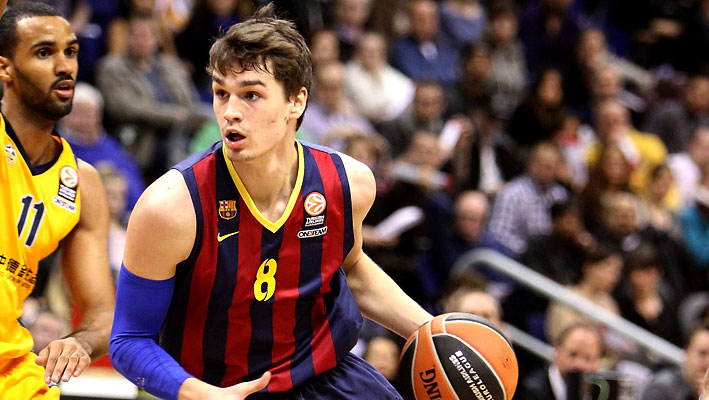 Just the other week, Mario Hezonja was busy making a killing in the Spanish League Finals and now he is a happy man in Orlando. Touted as the next J.R Smith, the Croatia-born Hezonja boasts of a smooth shooting touch from beyond the arc, which makes the Magic a very lucky team to have claimed his services. 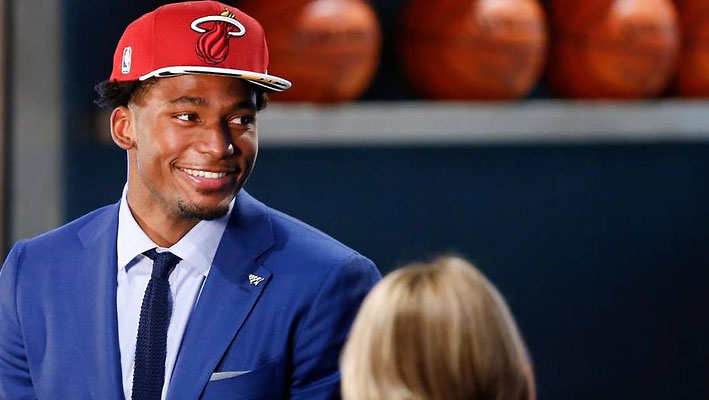 With the many concerning attention the Heat have been attracting in the offseason, including Goran Dragic and Dwayne Wade’s possible exit from Miami, the draft proved to be a breath of fresh air to Miami’s supporters. First, the top teams in the draft seemingly avoided Justise Winslow and he fell on Miami’s lap. A feisty defender who can also shoot from deep, Winslow has a predictably high ceiling in NBA, who could be a better Luol Deng in a couple of years. #40 overall pick Josh Richardson is also a decent addition to the team, checking in at 6-foot-6 with an average of 17.7 PPG in his last season at Tennessee as a shooting guard, glimpsing that he’d also make up a good shooting option for the Heat. 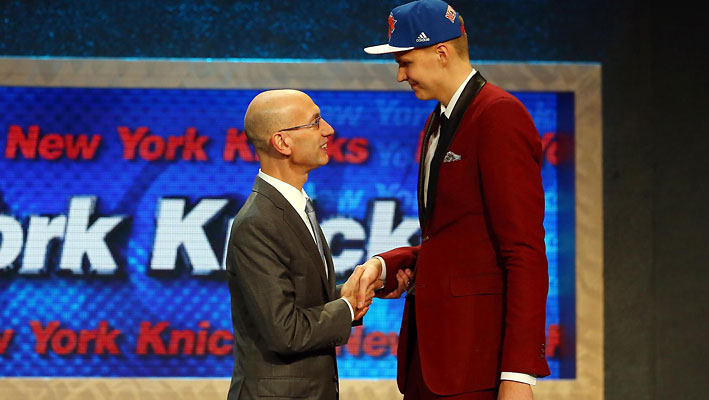 Both Kristaps Porzingis (#4 overall pick) and Jerian Grant (#19 overall pick, via Washington) are two underrated players that are likely to surprise the NBA in 2015. Despite being just 19 years old, the 7-foot-2 is Porzingis is a strong shooter and good ballhandler, which could easily make him a superstar. Grant is a bit undersized, but his production for the Irish in 2014 warrants his potential to be a solid point guard in New York.

Picking Darrun Hilliard (#38 overall pick) was a decent move, but taking Stanley Johnson (#8 overall pick) was a bit too much of a reach. Johnson is, without doubt, a good defender, but with his questionable offensive skills, the Pistons would have gone for a better option like Winslow. So, unless the Pistons get some solid offensive player(s) from the free agency, they’ll have to continue struggling offensively. 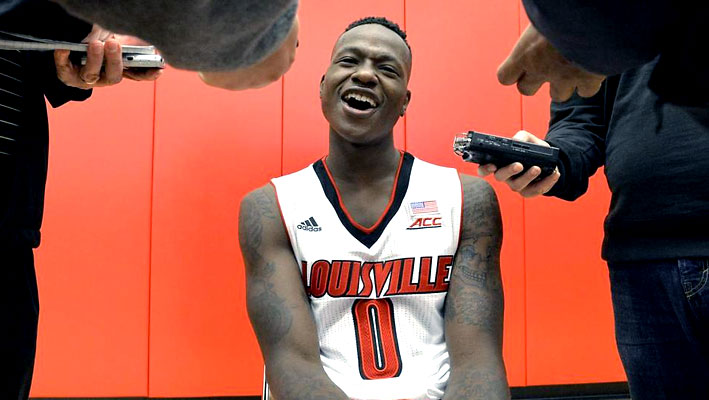 Of course, the Celtics reportedly tried hard to get into the top 10, going as far as offering four first-round picks to the Hornets, but all that didn’t work, so we shouldn’t judge them harshly, Even so, with their No. 16 pick, the Celtics opted to take Terry Rozier, adding another point guard to their already-loaded point guards, including Marcus Smart and Isaiah Thomas. Again, using their No. 28 pick, they took R.J. Hunter, adding another shooting guard to the already-existing shooting guard talent of James Young, Avery Bradley and Evan Turner. With such duplicity of players, the Celtics haven’t solved any crucial needs in the team. Instead, they’ve created a logjam of players that is likely to complicate things further in Boston, making it difficult for them to make positive progress in the team. 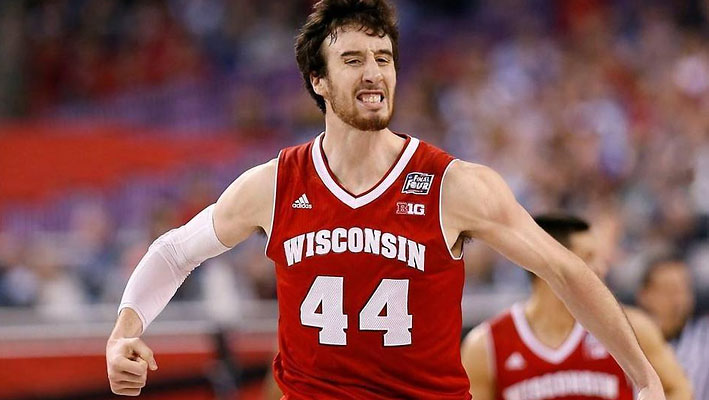 Don’t get us wrong, we all appreciate the strength of Frank “The Tank” Kaminsky, particularly going by his solid 2014-15 season. But turning down four first-round picks and using their No. 9 pick to grab Kaminsky sounds like a wrong decision, one that is likely come back and haunt Michael Jordan and the Hornets. 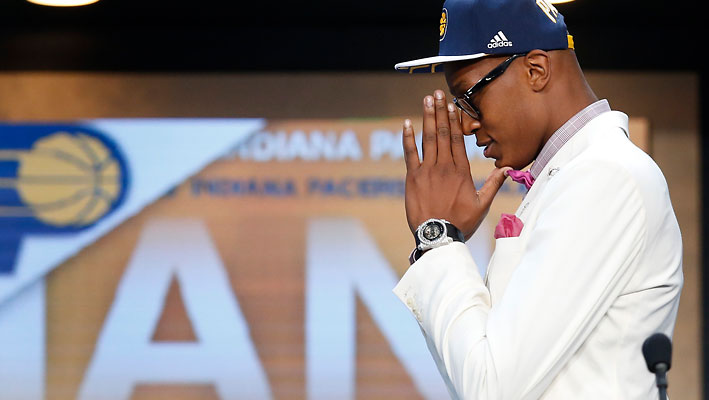 The Pacers were hoping to get Willie Cauley-Stein to help their team in rim-protection, but Sacramento wiped off the big man from the board. Hoping for a second option in Cameron Payne, the good defender was also taken off the board by OKC. In the end, the Pacers picked Myles Turner, a center that comes with a lot of potential, but will probably needs a few years to acclimatize into the system, which could be a setback to Indiana’s urgent improvement plans.

Too Many Centers, No Point Guards in Philly 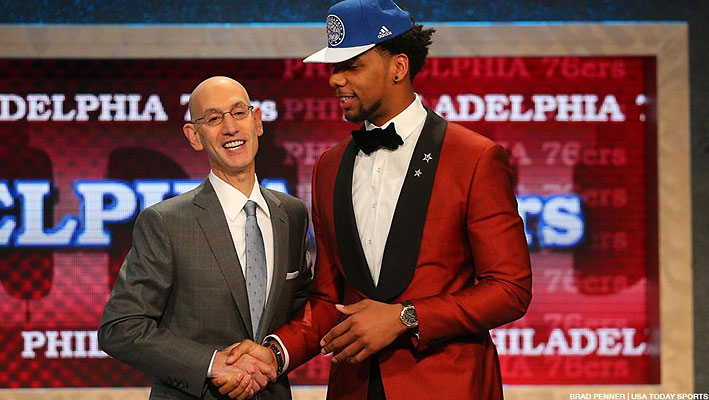 With the Lakers taking Russell, the 76ers were forced to settle for Okafor. For most teams in need of a big man presence in their center, Okafor would be a great addition. Unfortunately, 76ers already have Nerlens Noel and Joel Embiid at the center, so Okafor is just but another option at the same position. With no solid point guards to count on, the Sixers would have done much better by selecting a resourceful point guard pick in the first round.

The Hawks Sell themselves Cheap 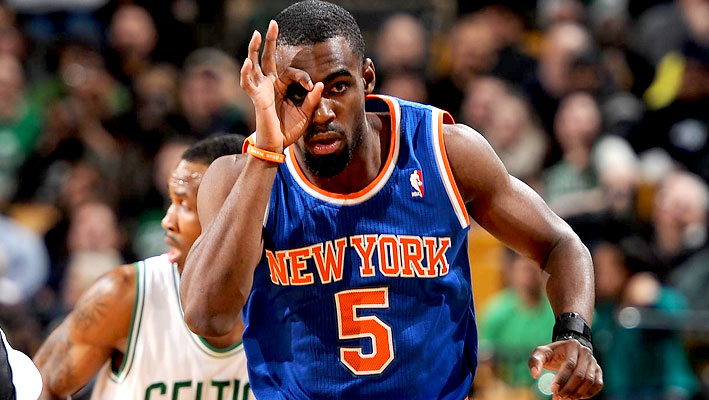 In spite of having an opportunity to use their 15th pick to get some valuable depth to the team, the Hawks gave away the opportunity to the Wizards for some future second-round picks and Tim Hardaway Jr. Generally speaking, Hardaway is a decent player, but there is no doubt that,  with their good position in the draft, the Hawks would have brought in a much better pick to solve some immediate needs in Atlanta.SourcesCBSsports.com (http://www.cbssports.com/nba/eye-on-basketball/25227500/report-kevin-garnett-will-definitely-re-sign-with-timberwolves%22)NBA.com (http://www.nba.com/draft/2015/prospects/mario_hezonja?ls=iref:nba:draft:tracker)
Older post
Newer post