NCAA Basketball Betting News
The No. 2 seed Virginia Cavaliers (29-3) and their gobbling defense are seeking a 30th win for the season when they play the 15th-seeded Belmont Bruins (22-10) in a Round of 64 NCAA Tournament matchup. Here are our NCAAB betting tips for the game. Venue: Time Warner Cable Arena, Charlotte, North Carolina Date: Friday, March 20, 2015 Time: 3:10 PM ET TV: truTV Opening Line: Virginia -16.5 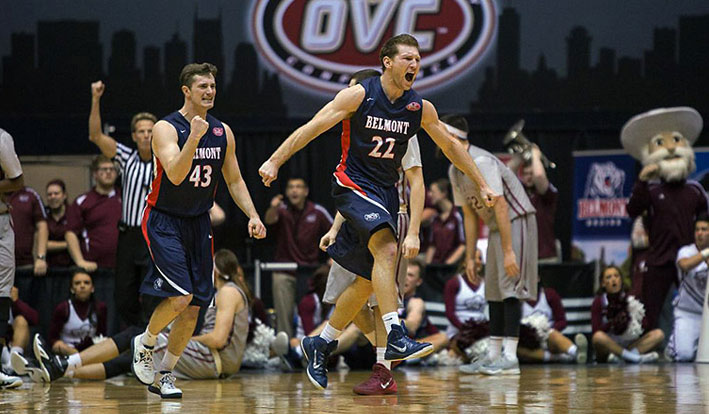 In spite of being one of the teams pipped to strongly contend for the this year’s college basketball national championship, the Cavaliers have been a leaky cashcow, rewarding its SU bettors for the majority of this season, but failing to cover the spread a little too often. After starting the season on a hot 12-4 ATS run, the Cavs are just 5-9 ATS in their last five weeks. Ahead of their matchup against Belmont, the Hoos are expected to once again choke down the Bruins through their No. 1 scoring defense (allowing 50.8 PPG), as they’ve done severally against most opponents. Considering the Bruins did not record any win against any NCAA team this season (losing by 11 to Butler and 27 to VCU), Virginia’s defensive strategy will probably do just fine, enough to get them a win.

Could Belmont pull off a huge upset and beat Virginia in the Round of 64?http://t.co/Kbo8pw8yk2 pic.twitter.com/yx05tpw7e7

Unluckily for the Cavs, it is going to take more than their throttling defense to keep the Bruins at bay. For starters, Belmont is ranked at No. 32 in the nation in scoring (averaging 74.47 PPG) and No. 6 in effective FG% (eFG%). Former Cavalier Taylor Barnette, who mostly spent his time on the bench at Virginia, is one of the hottest starters in Belmont, averaging close to 11 PPG and shooting a remarkable 38 percent from downtown. Two other Belmont players are also hitting above 38 percent from beyond the arc, including Craig Bradshaw who is leads the team with 42 percent shooting from downtown. 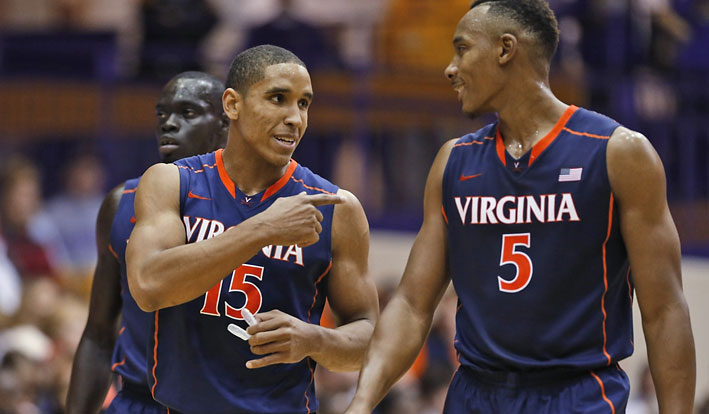 Meanwhile, Reece Chamberlain, Evan Bradds and Amanza Egekeze can all double up as offensive and defensive threats, making it hard to defend or score against them, particularly in transition plays. Therefore, even though Virginia’s 6-6 guard Justin Anderson, 6-5 guard Malcom Brogdon and 6-2 guard London Parrentes are likely to make it difficult for Belmont’s players to get open looks from the perimeter; the Bruins are good enough at hitting jumpers, getting to the rim and drawing fouls, which could destabilize the Cavs. Virginia’s three best scorers (Anderson at 13.4 PPG, Brogdon at 13.7 PPG and forward Anthony Gill 11.6 PPG) will thus need to better their output and take the game to the battle to the Bruins, especially in the rebounding department, rather than just sitting back and waiting to defend. 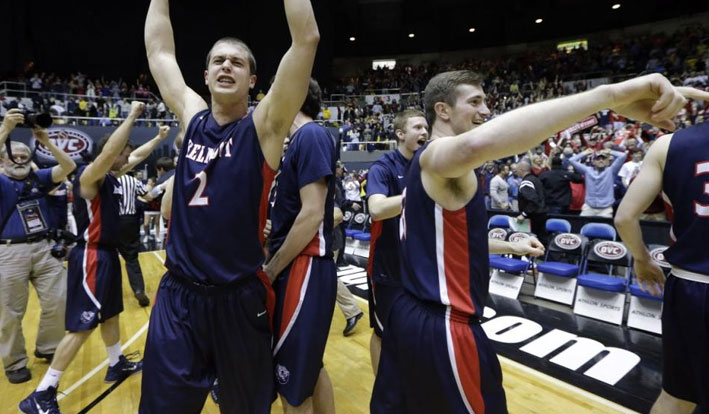 The Bruins give Virginia a strong run for the win, but Virginia’s defense proves too solid, helping the Cavaliers see out a nervy win minus the points (ATS), which go to Belmont. A low-scoring affair looks very likely, if not certain, with the total staying low for an UNDER. If the Justin is not healthy enough to play good minutes, this game could easily end up in an upset, so be on the lookout for Justin’s status before the game.
Older post
Newer post