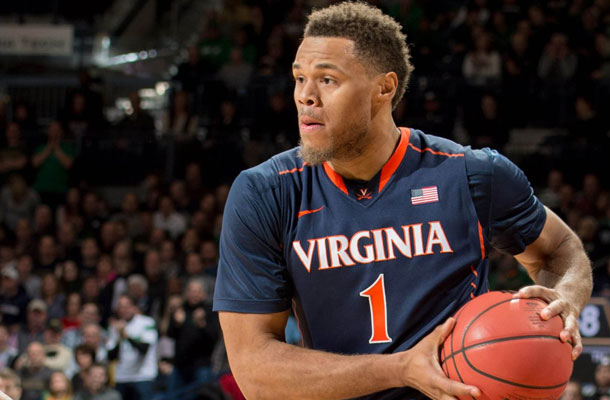 Date/Time: Thursday, January 22nd, 8:00 PMLocation: John Paul Jones Arena, Charlottesville, VirginiaTV: ESPN Full CourtSpread: Virginia -18.5This is a match-up of teams who are very much headed in opposite directions, especially in conference play. The Cavaliers have won all 5 of their ACC games to date, while Georgia Tech is sitting at 0-5 in the conference, and just 9-8 on the season. It’s easy to see how Virginia have been able to compile their perfect record to this point, as they play a style of defense that us totally stifling. They are currently only giving up an average of 50.6 PPG, putting them just behind top ranked Kentucky in that stat.

Why Bet on the Virginia Cavaliers

The Cavaliers are not just all about defense, though, as they have some kids that can light up the scoreboard. Junior guard Justin Anderson is tops in scoring for the cavaliers with a 14.5 PPG average, whilst also shooting a staggering 52.7% from 3-point range. It is really not any surprise that he is being heavily touted as the ACC Player of the Year. Sitting just behind Anderson are two more players, Malcolm Brogdon and Anthony Gill, who are averaging double digits per game. This is a team that can very much beat opponents at both ends of the court.

Why Bet On The Georgia Tech Yellow Jackets

Georgia Tech is in the midst of a total meltdown after coming out of the gate to a 9-3 start. They have followed that up with 5 straight conference losses. Fans of the Yellow Jackets can take some crumb of comfort from the fact that their team has been pretty competitive in all those outings, but they also have to be concerned about the inability of their team to make the big plays when it really matters. This is not a team that is struggling to score, though, as they have a pair of players – Marcus Georges-Hunt and Charles Mitchell – who are averaging 12.9 and 10.5 PPG, respectively.

My Betting Prediction and Pick

It’s tough to see any scenario where the Virginia Cavaliers don’t maintain their unbeaten record on Thursday night. The Cavaliers are more talented at both ends, and they have a defense that is more than capable of shutting down Georgia Tech. Let’s not also forget that Virginia has not lost on their home court since way back in December of 2013. Consider this should be a comfortable win of 20+ points for the Cavs before you place your NCAAB bets.
Older post
Newer post