NCAA Football Betting News
The wait for the 2015 college football season continues and, with less than three months to the start of the new season, it is safe to say that the wait won’t be that long, considering the five-plus months we’ve already endured in the offseason. Seeking some key reasons to look forward to the 2015 NCAAF betting odds? Read on as we give you five solid reasons in the section below.

Like other LA rivalries in sports like basketball and baseball, the college football rivalry between the Trojans and Bruins always attracts a lot of attraction. Unfortunately, the Trojans haven’t had it easy since coach Jim Mora came arrived in Westwood, with the Bruins going 3-0 against USC in that span. Prior to that, though, the Trojans were the ones ruling the rivalry, streaking on a 5-0 run, including a 50-0 win over UCLA in 2011. Entering the 2015 NCAAF season, the Trojans are expected to give a better account of themselves and bounce back to the LA limelight, considering the strong recruitment they did in 2015. Even so, the Trojans will have to find a way of stopping Mora, who has seemingly been unstoppable against South Cal.

Whereas teams like Florida State and Alabama are still struggling to find a reliable QB, the Buckeyes have three in J.T. Barrett, Cardale Jones and Braxton Miller, and all of them are talented players. Even though, Urban Meyer is yet to decide who gets the starting role. It will be interesting to see the decision Meyer gets to make and how he gets to use the quarterbacks in his system. Be sure to watch out the developments on this story.

Race for the Heisman Trophy

Starting on November 27th, we will be having an interesting rivalry week, involving an interesting slate of rivalry games. Some of the best highlights of that week will include a showdown between Baylor and TCU, Alabama and Auburn, Ohio State and Michigan, Clemson and South Carolina, Oklahoma and Oklahoma State, Florida State and Florida, Ole Miss and Mississippi State, among many others.

Jim Harbaugh vs. the Big 10 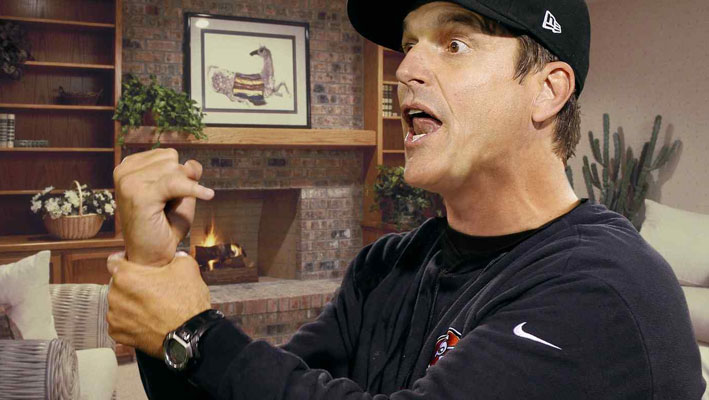 With a reputation of being one of the most outspoken coaches, Jim Harbaugh’s move from the NFL to the college football is bound to come with a bagful of headlines, and interesting ones at that. Most specifically, Urban Meyer and the Big 10 will have their hands full, both on and off the field. So, although Harbaugh’s Michigan is still short of formidable competition in the conference, Harbaugh’s presence should shake up things in the Big 10.
Older post
Newer post