NCAA Football Betting News
Florida State cruised to an ACC title in 2014 as NCAAF betting fans might remember, thanks to the spectacular play of quarterback Jameis Winston and some fortunate incidents – particularly in their games against Notre Dame and Georgia Tech. Now that Winston is gone, which teams have the best chance to surpass Florida State this year?

Virginia Tech is one team that has a chance to vault right over the Seminoles. Frank Beamer’s teams have slid the past three years, actually having a losing season in conference play (3-5) last year. Of course, they did also beat Ohio State – the only team to do that all year. Now, though, Virginia Tech will bounce back and win the Coastal Division –and perhaps the entire conference title.
Defensive coordinator Bud Foster has one of the most talented squads in his tenure ready to go. Cornerbacks Brandon Facyson and Kendall Fuller and defensive linemen Luther Maddy and Dadi Nicolas all have a chance to be All-Americans. Quarterback Michael Brewer has improved, and there’s no way the running back corps will have as many injuries this year.
In the Atlantic Division, a lot of people have picked Clemson as the winner. However, it will be interesting to see how sophomore quarterback Deshaun Watson responds to the loss of offensive coordinator Chad Morris, who is now the head coach at SMU. The defensive line, which was strong for Clemson last year, has required an almost total rebuild except for Shaq Lawson.
This means that the opportunity is there for Louisville to snag the division title in Bobby Petrino’s second season back. Quarterback Reggie Bonnafon showed a lot of potential last year, and the defensive front seven is still very solid. Ten players did leave via the NFL draft, but the team also has a lot of solid transfers. A lot of the talent that Charlie Strong recruited is still on hand as well.
In a championship game between Louisville and Virginia Tech, it would be difficult to pick a winner. Louisville has the stronger offense, but Virginia Tech has the stronger defense. The race to take the conference’s Power 5 spot in playoff considerations would end up in a close-fought game.
Here are a few other random musings about the ACC and the college game. North Carolina State quarterback Jacoby Brissett is a lot of fun to watch. However, the Wolfpack are not strong enough to emerge as a contender in the Atlantic. The team has to play Clemson, Louisville, Virginia Tech and Florida State – and they are only likely to win one of those games.
Coaches on the hot seat in the conference all include Virginia’s Mike London, Syracuse’s Scott Shafer and Miami’s Al Golden. They all have tough schedules – and they are all likely to be out of a job at season’s end. 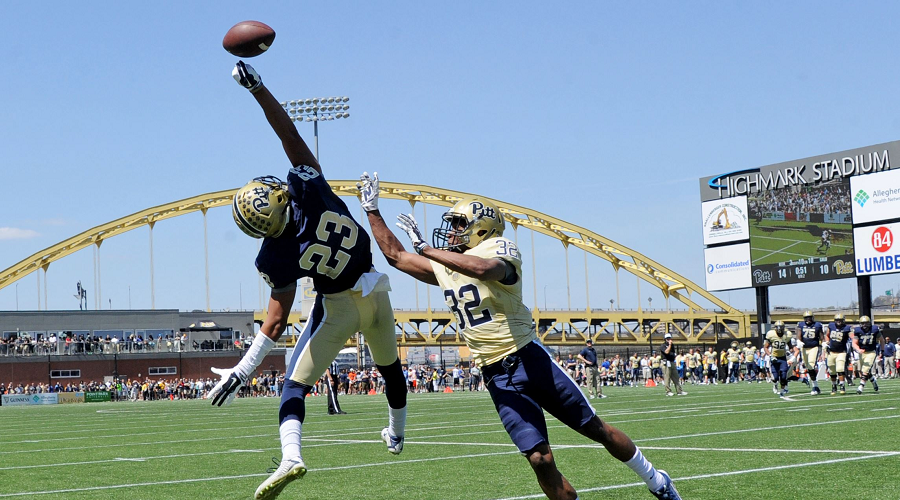 Pittsburgh, Duke and UNC could all be players in the Coastal Division. At Pitt, coach Pat Narduzzi has a particularly interesting bunch with standouts at wide receiver (Tyler Boyd) and running back (James Conner). They get Notre Dame at home. How big would an upset be?
Georgia Tech will not be surprising anyone this year. Justin Thomas, who led the Yellow Jackets to an Orange Bowl win, is strong in the triple option. However, that tough schedule has Georgia and Notre Dame in nonconference and Clemson and Florida State as crossover games. That will make winning 10 games a real challenge.
Older post
Newer post