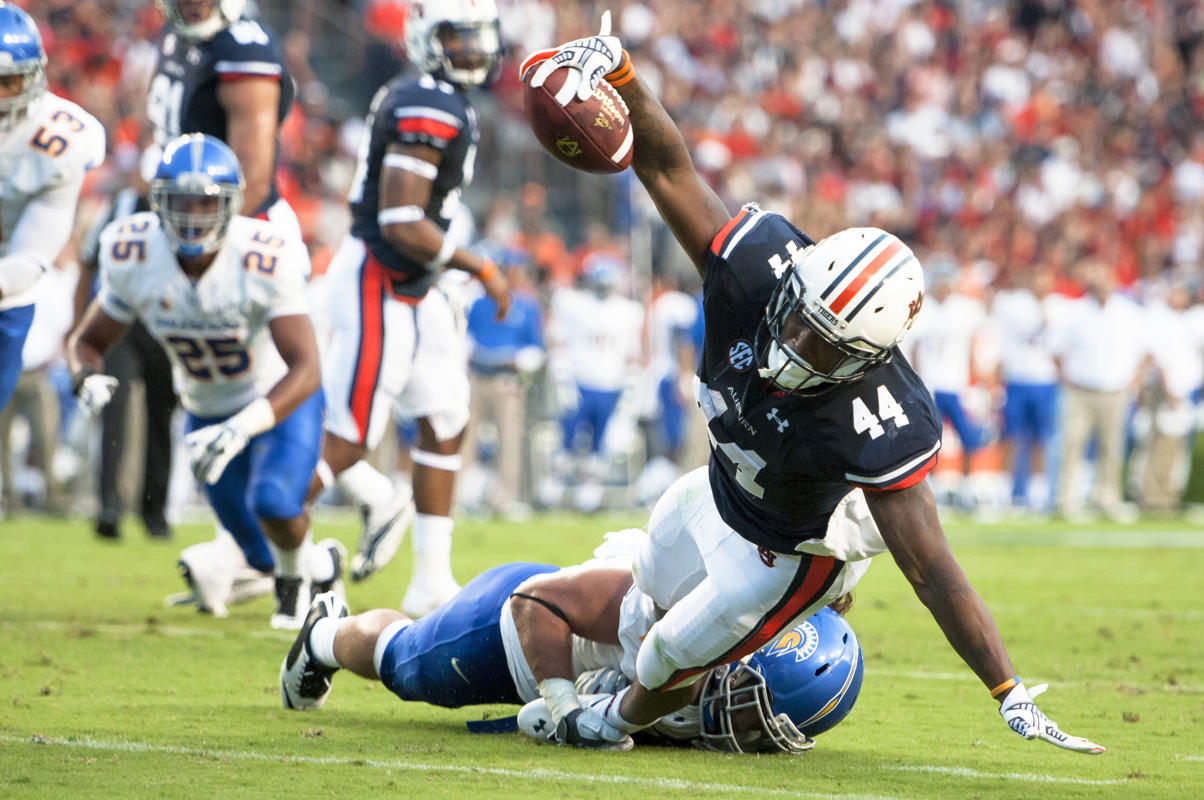 NCAA Football Betting News
The Auburn Tigers face their toughest test of the season when they take on the Kansas State Wildcats this week, in a matchup of top ranked teams. The Tigers, who came close to winning the national championship last season, are determined to play their way back into the championship game, and based on the current college football betting lines, things are on their favor, at least for this coming match. So far this season, they are 2-0 ATS, and 13-0 ATS in their last 13 games. Kansas State is going to be going for what will be one of the biggest upsets in school history when they host the Tigers on Thursday, so far this year; they are 0-2 ATS, and 0-3 in their last three home games.

How To Bet the Tigers vs. Wildcats NCAA Football Odds, TV & Game Info

While neither team has played any ranked teams, Auburn has had the tougher schedule so far, and has wins against Arkansas and San Jose State. They averaged 52 points in those victories, which is the 5th best in the country, and allowed 17 points, which is the 21st best point against per game average.Even though they lost their best running back to the NFL Draft, the Tigers found a capable replacement in Cameron Artis-Payne, are sticking with the formula that got them into the championship game last year, which was a run heavy offense. It has worked well for them so far this year, with Artis-Payne going over 100 yards in his first two games, and averaging an impressive 6.8 yards per carry. They are the 7th best running team in the country, averaging 330 yards per game. Due to their run heavy offense, they haven’t passed the ball as much, and are averaging 214 yards per game, which is 91st in the country.Kansas State didn’t have any trouble defeating Stephen F. Austin and Iowa State, but will definitely have a tougher time facing the Auburn Tigers. The Wildcats have a well balanced offense, and they hope to continue with that balance against the Tigers, they average 236 yards on the ground, which is 32nd in the nation, and 238.5 passing yards, which is 70th. So far they have averaged 43.5 points per game, which is the 21st best average in the country, and have allowed 22 points per game, which is 50th.

My Expert Betting Prediction and Pick

Auburn is currently favored to win by 8 points; it is a high point spread considering the fact that they are playing a top 25 team at home. Auburn’s strength is their run game, which happens to be Kansas State’s strength defensively, because they have the 20th ranked run defense, their numbers might be a little skewed because of the quality of opponents they have played, but so is Auburns numbers.The smart pick to win this game is Auburn, because they are the better team overall, but the fact that they are going to be playing in a hostile environment against a decent Kansas State team makes the 8 point spread a too high. The Tigers are most likely going to win this game, but they will have to struggle to cover the spread.
Older post
Newer post