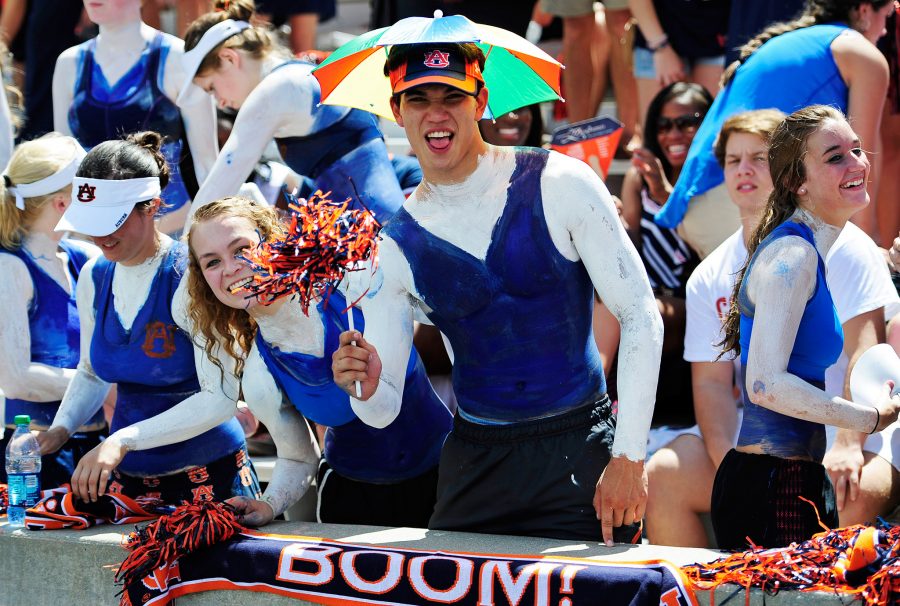 NCAA Football Betting News
In its first real test of 2014, one of last year’s BCS Championship participants, Auburn, travels to Manhattan, Kansas to take on Kansas State in a great college football odds match up. Auburn has been nothing short of spectacular so far this season when beating San Jose State 59 to 13 and Arkansas 45 to 21. The Tigers are 2 and 0 ATS, but Kansas State on their home field could pose a problem for one of the favorites to garner a spot in the College Football Playoff.

Why Bet on the Kansas State Wildcats

K-State might give Auburn a tough time in this. First, the Tigers play the Wildcats at Bill Snyder Family Stadium in Kansas. That’s always tough. Second, the way to beat an incredibly strong offensive team is to play decent defense and rush the ball. Kansas State is one of the better rushing teams that Auburn has faced. The Wildcats average 236 yards per game on the ground. That’s impressive because the team throws for 238.5 for an average of 474.5 total yards per game. The defense appears good on paper. It hasn’t allowed more than 28 points per game and opposing squads rush for only 87 per against the Wildcats.The issue with Kansas State is that they haven’t covered a spread yet this season and they’ve played against two very bad teams. The 32 to 28 victory over Iowa State in Week 1 wasn’t overly impressive. Neither was the 55 to 16 beat down over Stephen F. Austin. Both of K-State’s games went over the total. That’s something to keep in mind since Auburn figures to put up a lot of points in this contest.

Why Bet on the Auburn Tigers

Auburn is actually ranked second in most expert power rankings ahead of Iron Bowl rival Alabama. That could all change if Auburn takes a step backward in Kansas this week. Is there a likelihood of that really happening? Auburn has so far played two games at home against tougher rivals than K-State has played against, San Jose State, who often times is more competitive than football handicappers believe they will be, and Arkansas, a team that appears much improved this season from last season. Auburn covered in both when putting a beat down on SJSU 59 to 13 and handling Arkansas 45 to 21. The Tigers are averaging an incredible 52 points and 544 yards per game.

My Expert Betting Pick and Prediction

The over hit in both Auburn contests, which brings us to the meat of this game, trends. Auburn is 11 and 0 in their last 11 games following an ATS victory. They’re also 7 and 0 against the spread in their last 7 games on the road after scoring 40 points the week before. By contrast, the Wildcats are 3 and 7 ATS in their last 10 games following a straight up victory and 2 and 5 ATS in their last 7 non-conference games. The trends to the over are strong for both games. Wait for the total to come out and then think over as long as the total isn’t higher than 70.5.As far as who to bet on against the spread, this is sort of a no-brainer. Put in your wager early because the line figures to drift up to Auburn -13.5 or maybe up to Auburn -14. They’re a covering machine and every trend points to them beating Kansas State by at least 17 to 20 points.College Football Free Pick:Auburn Tigers -10
Older post
Newer post