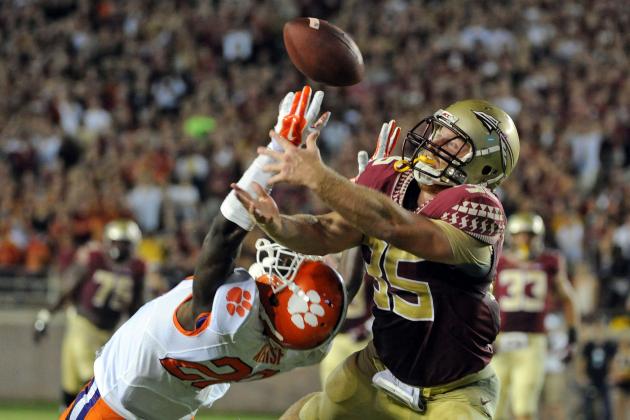 NCAA Football Betting News
Week 4 of the 2014 college football season was another wild one, filled with upsets and close calls for some of the best teams in college football.  The biggest upset this week was the unranked Mississippi State Bulldogs defeating the 8th ranked LSU Tigers at Death Valley, which was something very few college football betting fans saw coming. The 18th ranked Missouri Tigers also fell at home to unranked Indiana, making them the second SEC team to lose to an unranked opponent at home this week.

In other top 25 action, Oregon, the 2nd ranked team in the country survived a scare against Washington State, scoring a touchdown late in the game to break a 31-31 tie, and stopping a last minute drive by the Cougars to remain undefeated. 4th ranked Oklahoma went into the half of their game against West Virginia tied at 24 points each, but came out strong in the second half to defeat the Mountaineers 45-33.

The first quarter of the game between Bowling Green and 19th ranked Wisconsin was close, but Wisconsin literally ran away with the game after that, rushing for 644 yards and 8 touchdowns, setting a new Big 10 record for rushing yards in a game in the process. They had three players rush for at least 100 yards, and were led by junior Melvin Gordon, who ran for 253 yards and 5 touchdowns.

In the game of the week, 22nd ranked Clemson Tigers gave the top ranked Florida State Seminoles all they could handle, but eventually fell to the defending champions in 23-17 in overtime, the Tigers had plenty of opportunities to win the game, but they missed a couple of easy free throws, and fumbled the ball late in the fourth quarter when they had the ball in Florida State’s red zone, with a chance to win the game in regulation. It was a big win for the Seminoles, who were without their Heisman winning quarterback Jameis Winston, who had to sit the game out due to a suspension.

The two upsets and the close calls will definitely shake up the top 25, the top 5 teams will likely remain the same, but LSU will move back in the AP Poll rankings, and Missouri will likely be out of the top 25 when the new rankings are revealed.

Now let’s move to Week 5 and check some of the most attractive games in the calendar and take some time to review the coming college football odds for these games.

This is a game between two undefeated teams, and will likely be the best game of the week. Bruins quarterback Brett Hundley injured his elbow in their last game, but should be ready to go when they face the Sun Devils on Thursday night. Arizona State quarterback Taylor Kelly has been ruled out of the game due to a foot injury.

Prediction: UCLA will win the game.

Missouri is coming off an upset loss this week, but will need to regroup by the time they play South Carolina, a team that is hard to defeat at home. Despite being 3-1, the Gamecocks haven’t played very well this season, and have struggled with teams that they were expected to defeat easily. They will need to play at their best against Missouri, if they don’t want to lose another game at home to an SEC opponent.

Prediction: South Carolina gets the win.

Stanford lost their Pac 12 opener to rivals USC, and can’t afford to lose another conference game if they are to make it to the conference championship, they will face a tough test against the Huskies, who are undefeated so far. Washington will be facing their toughest challenge in their conference opener against Stanford, they played well against them on the road last year, but lost the game by three points to a team that was ranked 5th in the country at the time.

Prediction: Washington will pull off the upset.

These are some of the best games for the upcoming week, a lot of the other teams in the top 25 are scheduled to play unranked opponents, but if the past four weeks have taught us anything about college football, it’s that any team can be upset on any given weekend. So stay tuned. We’ll have additional game reviews and analysis on the latest lines coming this week.
Older post
Newer post