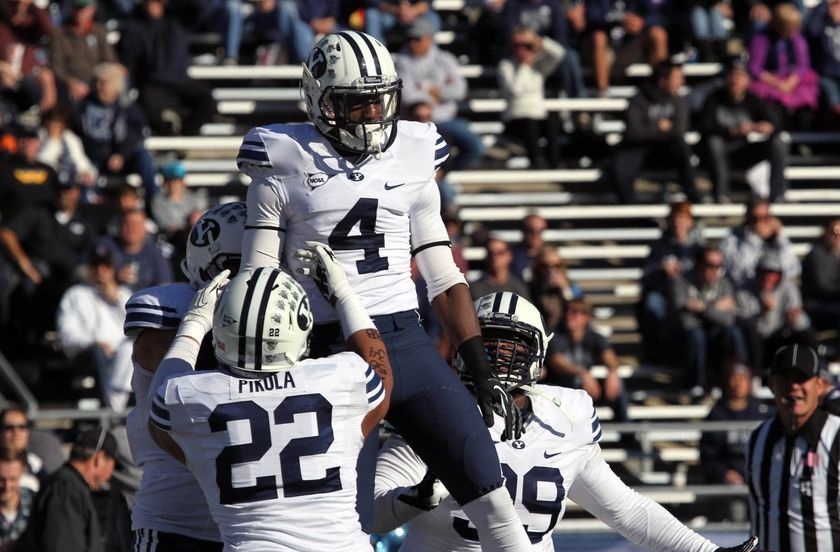 NCAA Football Betting News
Miami Beach is a great vacation destination where people go to play and have some fun, but this coming Monday (Dec 22nd) it will be all business for college football betting fans as BYU and Memphis slug it out to see who will win the Miami Beach Bowl. This looks like being a close one, so let’s try and break it down a little so that you can hopefully bet with some confidence.

How To Bet the Cougars vs. Tigers Miami Beach Bowl Odds & Game Info

Why Bet on the BYU Cougars

The BYU Cougars had what can best be described as a rollercoaster season. They came flying out of the gate, winning 4 straight, but when QB Taysom Hill went down for the season, they then went on a 4-game losing streak. They finally righted the ship with Christian Stewart taking the snaps, closing out the season with another 4-game winning run. As good as their offense was by the end of the season, there are some very definite concerns on the defensive side of the ball. This is a team that gives up a lot of points, including an average of over 40 points a game during that losing skid. They are going to have to tighten up dramatically if they are to win this bowl game.

Why Bet on the Memphis Tigers

Very little was expected of the Memphis Tigers this season, as they were coming off a 3-win season in 2013. They surprised everyone by rolling to a 9-3 record on the year, whilst only dropping a single game in the AAC Conference against the Houston Cougars. The Tigers do a very good job of mixing things up offensively, but they can thank their solid defense for leading them to such a strong season this year. They finished the season with a 6-game win streak, during which the defense gave up 20 points or less in each game.

My Expert Betting Pick and Prediction

This has the makings of being a tight, potentially low scoring affair. The Memphis Tigers are favored by 1 after going 7-5 ATS this season. That record includes being 3-1 ATS in non-conference games, as well as being 5-4 ATS when listed as the favorite. BYU went 5-7 ATS on the season, which included being 2-2 ATS when listed as an underdog.The short line for this one says it all, as this could very well come down to a field goal or a costly mistake to separate these two. I think that BYU have enough power on offense to overcome that tough Memphis D, which is why I think they win and cover.
Older post
Newer post