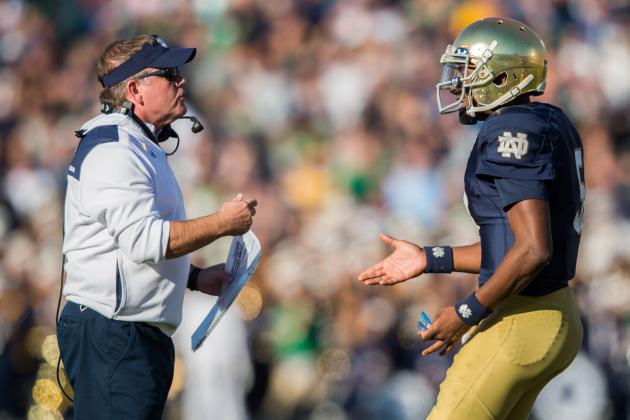 NCAA Football Betting News
Ok, it’s time for some college football betting predictions. With Week 8’s games marked off our calendars, it is time to assess how the playoff race is shaping up in various divisions. Most notably, Baylor’s 41-27 loss to West Virginia and Florida State’ 31-27 win over Notre Dame mean last week’s list of six undefeated teams has been trimmed down to four (Mississippi State, Florida State, Ole Miss and Marshall). Meanwhile, there has been a rumble in the Big 12 jungle following the (unexpected) losses by the Oklahoma Sooners (who were clawed 31-30 by the Wildcats) and the already mentioned loss by the Baylor Bears. In that regard, Kansas State has emerged as a new favorite for to win the Big 12 conference. As the league’s 18 one-loss teams and four undefeated teams go into the remaining fixtures of the 2014-15 season, the competition is bound to get stiffer in all the Power 5 conferences as the teams battle to out muscle each other for superiority. Below is a look at the results from Week 8 that have the utmost implication on the Playoff race.

The Fighting Irish Have a Fighting Chance

Despite losing 31-27 to the Seminoles, there a lot of positives the Notre Dame can derive from their “good loss” in Tallahassee. The Fighting Irish were on the road face the defending national champions, undefeated in over 20 games stretching back to last season. But even with such a reputation working against them, the Fighting Irish matched FSU in almost all departments and were unlucky to lose.With Stanford’s loss on Saturday, the road to the playoff becomes somewhat complicated for Notre Dame since their only notable win came against the three-loss Cardinal. However, if the Fighting Irish play spiritedly like they did against the Seminoles, they can win the upcoming challenging tests against Arizona State and USC. And by doing so, a win out is possible for them, earning the team a consideration for the playoff.

The Bears are…Eeermm…Pretty Much Out

Even though we playoff calculations allude that should not write off any one-loss teams, I don’t think the Baylor Bears have enough strength to go the playoff distance, especially after losing 41-27 to an average West Virginia outfit. In the front field, they were playing on a back foot and, at the backfield, they were fronted by all manner of attacks by West Virginia. So, although both the Oklahoma Sooners and Oklahoma State lost their respective games over the weekend, the Bears’ problems will most likely cost them again when they face the two Oklahoma teams in the near future. The result isn’t good for Baylor: the Bears will fade away in the Big 12 race, hence making them invisible in the playoff picture.

Kansas State is in Strong Contention

Despite defeating the Oklahoma Sooners by a single-point margin (31-30), the victory was a MASSIVE win for Kansas State. Two weeks ago, the Sooners were unconvincing in their 31-26 win over the Texas Longhorns. So, when I say it served them right to lose to the Wildcats, I am not hating on the Sooners, but merely speaking for the many football fans who are tired of Oklahoma’s unconvincing plays. That being said, I still believe that Kansas State and the Sooners are the teams to watch in the Big 12 race. Baylor and the other Oklahoma will probably end the season with more than two losses thus ejecting them from the playoff competition.

Stanford Out, Arizona State Still in…

Even if they can magically win out their remaining games and somehow emerge atop the PAC-12 (which I highly doubt anyway), the 4-3 Cardinal is out of the playoff contention. Last week’s 26-10 loss to Arizona State was the Cardinal’s final nail on their coffin and no amount of prayers is going to help the team. As for the 5-1 Sun Devils, there is everything to play for in the conference. As things stand in the PAC-12, the Oregon Ducks 45-20 win over the Washington Huskies makes them the conference favorites, watchfully shadowed by the USC who also had a big win over the weekend. Arizona State, UCLA and Utah State all follow closely after recording vital Week 8 victories and it will be interesting to see how all these contenders perform in the coming weeks and if they are able to improve their betting odds to reach the postseason.
Older post
Newer post