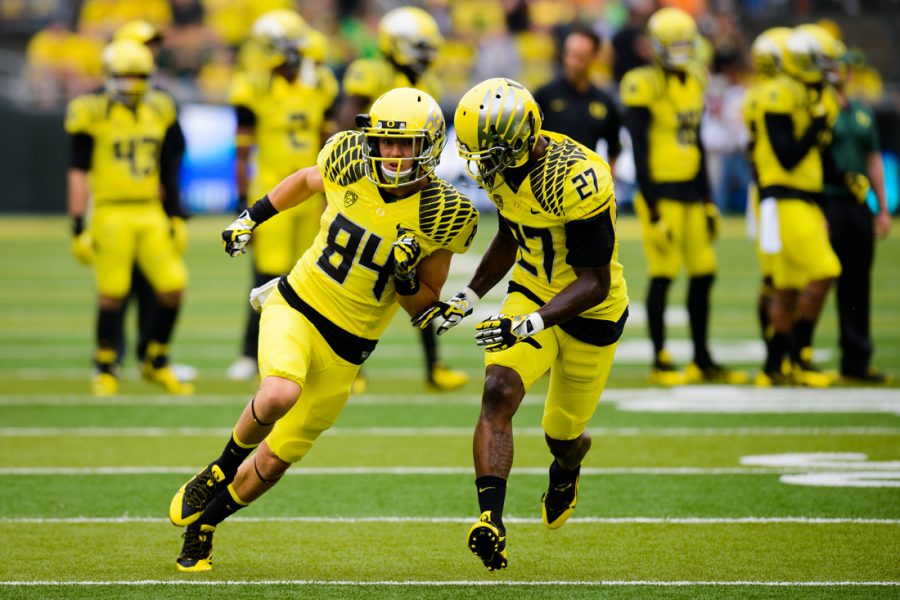 NCAA Football Betting News
The No.2 ranked Oregon Ducks are shaking the college football odds rankings. They are all that we expected them to be this season, which is a team that plays the game at breakneck speeds, putting points on the board in the process. This weekend, the Ducks will hit the road to face the Washington State Cougars in a game that many see as a potential upset in the making, and that could impact Oregon’s odds to win the first ever college football championship.

The numbers wouldn’t really seem to bear this out, though, as the Ducks have racked up a ridiculous 156 points in their first 3 games of the season. Despite those big numbers, they are still only 1-2 versus the spread, with the Michigan State game, where they were a 14 point favorite; being the only time they have covered. In fairness, they had some pretty big numbers to live up to in the other two games: -53 vs South Dakota and -42 versus Wyoming.Washington State (1-2) have been disappointing this season, but showed some signs of life last week in a 59-21 win over Portland State. They covered the spread in that one, but failed to do so in the first two games where they were made favorites going in.The Ducks have been installed as a 24 point favorite this weekend, so let’s look at what that means in terms of the history of this match-up. Going back to 1992, Washington State is 12-10 against the spread versus Oregon, with 10 of the 15 games going OVER the points total in that time. While Oregon have won both of the last meetings, Washington State covered the spread both times, with both meetings going OVER. If you take recent history into account, the smart bet looks like being Washington State to cover.

My Expert Predictions and Pick

There are sure to be many people looking for a safe bet by taking Oregon straight up. What needs to be factored in here, though, is that Oregon does better by the numbers when they are the home team in this match-up. This isn’t to say that they won’t walk away with the victory, but Washington State are coming into this one wounded and looking to get their season right back on track. All of that points to them not getting blown out at home, which again means taking them to cover the spread.
Older post
Newer post