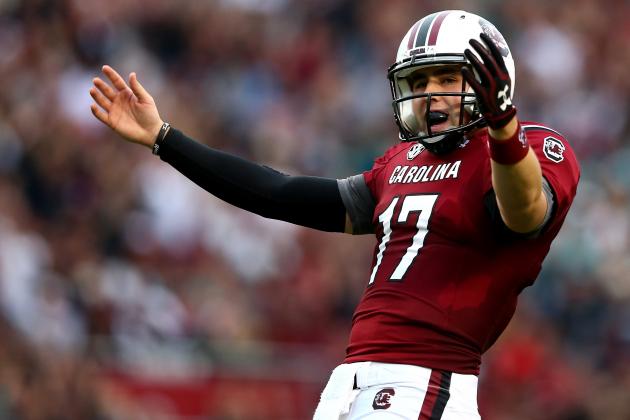 NCAA Football Betting News
There have been a number of major upsets this college football season, and there is no reason to believe that we won’t get a few more this coming weekend. A big part of having success in betting is to look for those games where an upset may well be on the cards. It’s tough to do, but if you can get it down pat, you can be well on your way to building your bankroll quite nicely. Let’s take a look at a few games that might just offer a chance to make a few bucks this weekend and their respective College Football betting odds.

Lets Check Out These NCAA Football Odds for Week 12

Let’s start off in the ACC, where Clemson have to take their 6-game win streak on the road to Georgia Tech, a team who are now back in the Top 25 after going to 7-2 on the back of a nice 3-game win streak of their own. The bookies are more than likely going to put Clemson in as a slight favorite here, but this is one where I think Tech might be able to spring the upset. There is the possibility of a straight up win for Tech, although I think Clemson might just edge it, but not by enough to cover.Game Odds:CLEMSON: -3-110GEORGIA TECH: +3-110

A couple of weeks ago, the knives were being sharpened in Florida, as fans of the Gators called for the head of Coach Will Muschamp. A win against the rival Georgia Bulldogs helped quiet some of that chatter, and a follow-up dominating win over Vanderbilt had many believing that the troubles are in the past for this team. The same cannot be said for the South Carolina Gamecocks, who are on a 2-game losing skid, thanks in large part to a horribly porous defense. This will likely see Florida installed as a favorite in the 7-point range, which I think is a little high. The Gators are still a team with problems, and this one is likely to be much closer than most people expect.Game Odds:SOUTH CAROLINA: +6½-110FLORIDA: -6½-110

Another game that has some real upset potential is in the SEC, where Auburn have to go on the road to face the Georgia Bulldogs. The Tigers are coming off of a devastating loss to Texas A&M that likely derailed their entire season. Despite that, they are still likely to be favorites against a Dawgs team that bounced back nicely from a loss to Florida a couple of weeks back. Georgia is at home, and Sanford Stadium is sure to be rocking with the return of RB Todd Gurley from suspension. Don’t be surprised if the Bulldogs ride that emotional high to a victory.Game Odds:AUBURN: +2½-110GEORGIA: -2½-110
Older post
Newer post