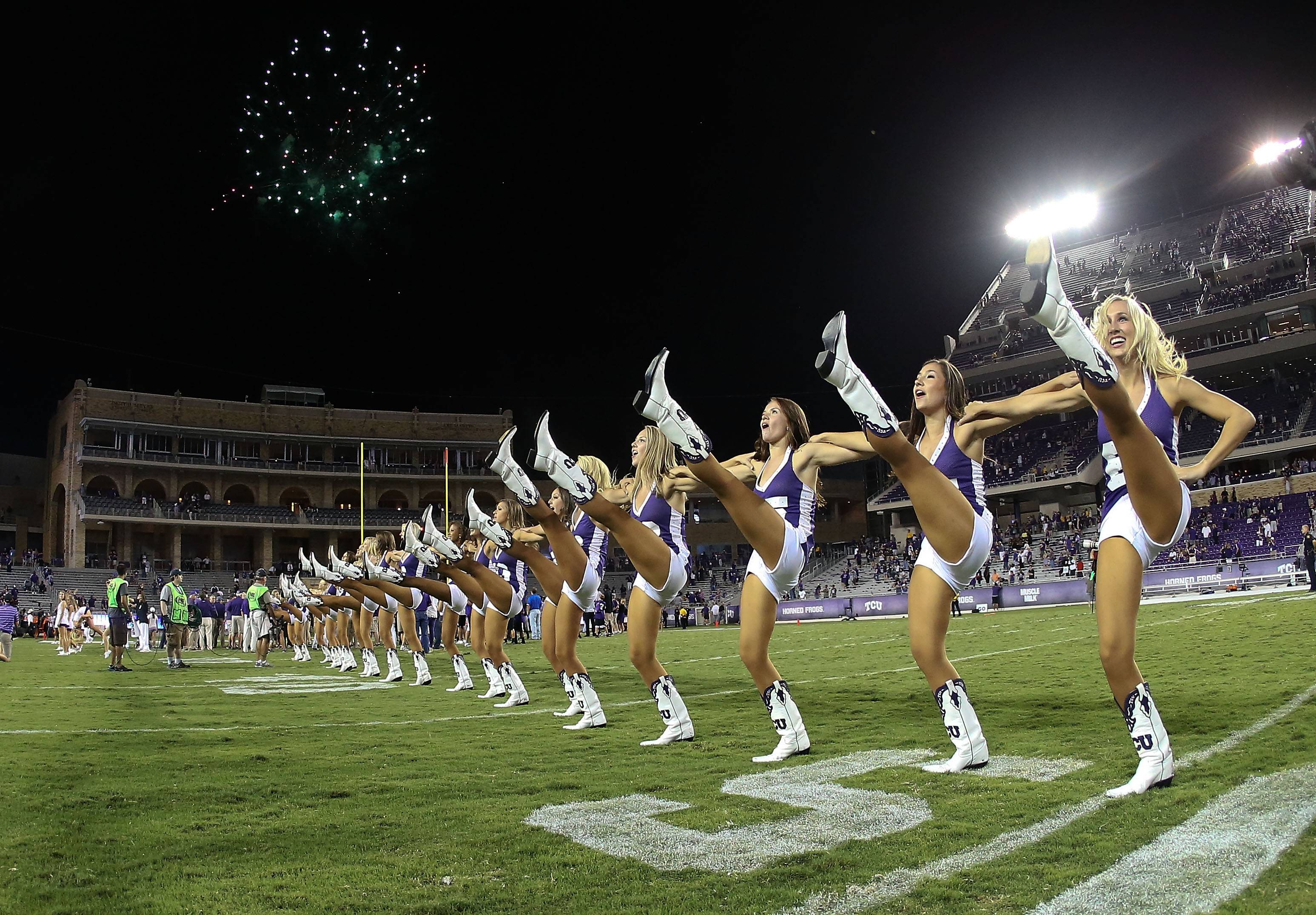 NCAA Football Betting News
The way things have been going this season, there is a very good chance that all 4 teams that make it into the college football playoffs will have at least one loss. That gives hope to those who are currently on the outside looking in.  There are plenty of NCAA Week 11 odds to choose from, but pair of those teams hook up this weekend, with #9 Kansas State heading to #9 TCU to take part in what basically boils down to an elimination game.Things could actually be a little different for TCU had they not imploded over a span of 11 minutes against the Baylor Bears. That was a game in which they appeared to be cruising to victory, only to give up 24 points in that time frame, falling to a 58-61 loss in the process. If they do end up being on the outside looking in when the final polls are released, they will look at that game and understand why. If you put that game aside, you are looking at a team that has one of the most potent offenses in football. They can hurt you in a variety of ways, and they simply don’t take their foot off the gas at any point. The Horned Frogs are coming off a very good 31-30 win over the West Virginia Mountaineers, and that is sure to give them some real confidence heading into this one.The Kansas State Wildcats are another team with only 1 loss to speak of. That came against a very good Auburn team, but they have recovered well from that and have reeled off 4 straight wins in the process. The Wildcats are unlikely to be intimidated by TCU, which means we can expect a close fought match-up that might be just too tough to call.

There are no lines released for this one yet, but you can probably expect to see TCU installed as a home favorite in the 3- to 7-point range. Both teams have been excellent ATS this season, with TCU sitting at 7-1 and Kansas State at 6-2. The recent meetings between these two has seen pretty much everything split down the middle, which once again makes a betting decision all the more difficult. I am going to wait until the lines are released before deciding which way to play, but I do think that I would likely have a little flutter on TCU straight up.GAME ODDS:KANSAS STATE: +6-110TCU: -6-110
Older post
Newer post