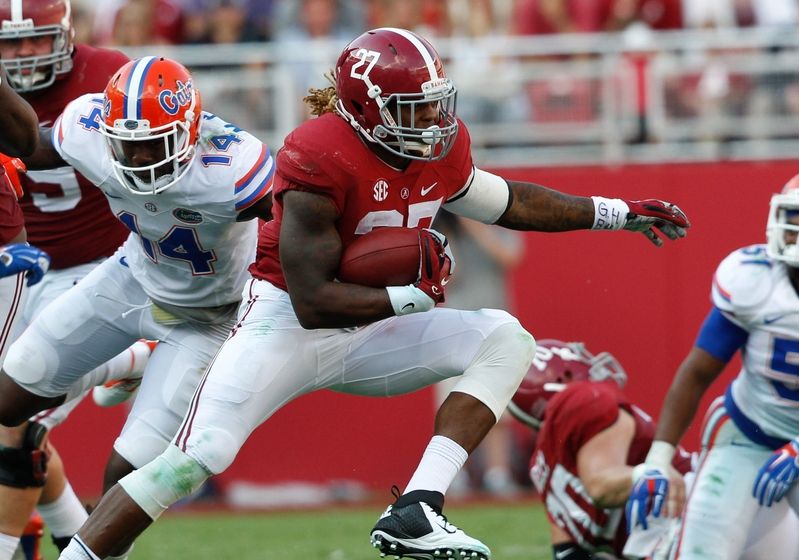 NCAA Football Betting News
In a game that is anticipated to be one of the most thrilling matchups and a top college football betting pick of the weekend, the Alabama Crimson Tide will faceoff the Ole Miss Rebels. These two SEC teams are both unbeaten and Saturday, Oct. 4 will prove which of the teams is the strongest. To catch all the live action, be sure to watch CBS or better yet go to the Vaught-Hemingway Stadium, with the game set to start at 2:30 PM CT.

Interestingly, Ole Miss brags of arguably the best defense in the conference while Alabama has a highly-rated offense. For bettors, the game therefore makes up for a very exciting matchup with high stakes. So, what does each of the teams offer to their respective supporters?Game PreviewComing off a bye week, after thrashing Florida 42-21, means that Alabama has had enough rest and is fresh for Saturday’s game. In the 4-0 win against the Florida Gators, QB Blake Sims outstandingly threw 445 yards and the Crimson Tide will be expecting another uplifting performance from him.Meanwhile, the Ole Miss Rebels had a great weekend beating Memphis Tigers 24-3, so they will be very psyched up to get another win. As usual, QB Bo Wallace was very instrumental. Speaking about Wallace’s potential, Alabama coach Nick Saban acknowledged that “His ability to execute his position based on his experience probably minimizes a lot of bad plays—which makes them much more effective, makes him much more effective.” However, it remains to be seen how he will perform against the Crimson Tide who are reportedly well-prepared for Wallace’s exploits.Betting Analysis: Tactics vs. Individual BrillianceBetting-wise, the Rebels have covered the spread in six of their last nine games against the Alabama, but dropped 10 in a row with the record stretching back to 2004.Comparably, Alabama is 1-5 ATS in its last six games, 1-4 ATS in its last five games on the road and 19-2 SU in its last 21 games. On the flip side, the Rebels are 5-0 ATS and SU in their last five games, and 6-2 ATS in their last 8 home games. Based on these numbers, the Rebels are quite formidable at home whereas Alabama is not that strong when playing on the road. This good home record, combined with their imposing defense and brilliance of players like safety Cody Prewitt, favors those betting on the Rebels.Game Odds:ALABAMA:  -4½-110, OV 52 ½ -110, ML -210MISSISSIPPI: +4½-110, UN 52 ½ -110, ML +180However, the recent tactical and individual improvements by Team Alabama may prove more important in winning the game. The Crimson Tide have greatly improved their defensive unit and are consistently getting better at protecting the ball. Furthermore, the offensive partnership of QB Blake Sims and WR Amari Cooper has been ripping many teams apart. An average of 335.8 passing yards per game is proof of Alabama’s deadly offense.PredictionOle Miss will get off the blocks quickly and settle faster in the game. However, as the game progresses and settles more, the Crimson Tide will take control of the match. Then, with their lethal attack, Alabama will dominate the game, cover the college football spread and see it off to an invaluable 5-0 record.
Older post
Newer post