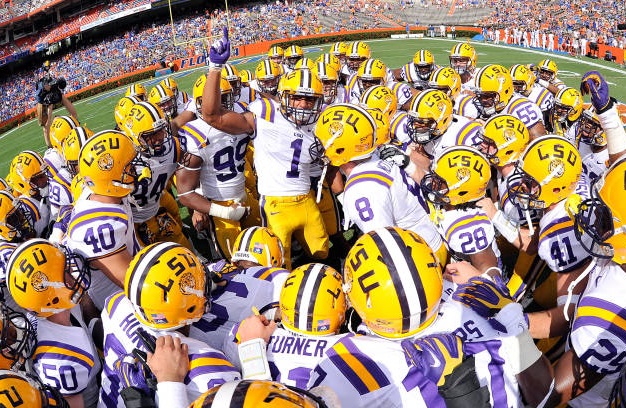 NCAA Football Betting News
Like its portentous name suggests, the Death Valley has always been a scary place for most college teams to go, and almost any team that takes the trip to Tiger Stadium ends up as a double digit underdog in the college football lines. So, the fact that LSU miserably lost in the valley to the unranked Mississippi State came as big surprise to many seasoned bettors.The manner in which the highly-rated LSU was convincingly demolished by the Bulldogs was indeed a spectacle, something which will be talked about for many months, or even years to come. And even though the sour taste of this emasculating defeat is far from forgotten, LSU still has a non-conference date with the New Mexico State this coming Saturday. This game, which will be played at the Tiger Stadium, Baton Rouge, Louisiana at 6:30 PM CT, will be a stern test for Les Miles’ men who have been under fierce criticism from their fans. Will the Aggies cause another record-breaking upset or will the Tigers lick their wounds and claw their way out of the dust like they’ve done innumerably in the past? See the preview below for a match up of these two teams.

How To Bet the Tigers vs. Aggies NCAA Football Odds, TV & Game Info

Getting off the Blocks

Unlike the Tigers who are usually fast off the blocks, the Aggies are generally slow starters. This season’s 31-14 record by the Aggies in the first quarter underscores the need to hasten their starts. If LSU happens to fall behind early from a fast start, like they did against Mississippi State, then they will most likely abandon the running game, hence according players like QB Tyler Rodgers more opportunities to attack and run down the game. Failure to start fast will make Tigers’ running backs like Kenny Hilliard, Leonard Fournette, Darrel Williams and Terrence Magee split them fast with terrific vision and athleticism.

With the Aggies averaging just three yards per rush, a rejuvenated LSU front should be able to easily thwart New Mexico’s attack. Nonetheless, smart plays involving soft and patiently calculated defensive tactics can outwit the likes of Harris and Jennings who will be forced to throw intermediate routes, thus limiting their overall efficiency in the entire game.

Though LSU’s QB Brandon Harris may not start against New Mexico because of some injuries he sustained in the defeat by the Bulldogs, the Aggies should be well-prepared for his instinctive plays. Other players the Aggies should tactfully prepare for are middle lineback Kendell Beckwith and center Elliot Porter.On the opposite end, there is Teldrick Morgan who is arguably the best offensive player in the New Mexico team. With an average of a touchdown and 116 yards per game, Morgan should strive to offer Rodgers more support upfront. Defensively, the Aggies have lineback Rodney Butler who’s been quite resourceful for his team with 47 tackles and one interception for 40 yards. Though not much can be expected from the young New Mexico team, these players can inspire a spirited fight against LSU.