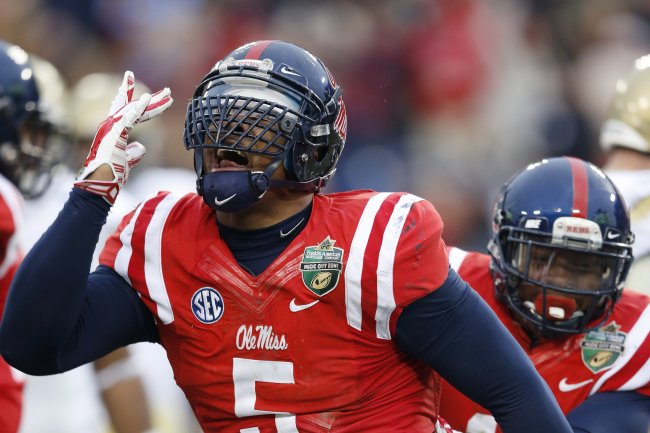 NCAA Football Betting News
The No. 10-ranked Ole Miss Rebels (3-0) have rolled through the first four weeks of the season unbeaten and untested, however, the team will get back on the field after a bye week as s double digit favorite according to the latest college football betting odds. The Rebels will meet the Memphis Tigers for the first time in five years in a game that is expected to revive the Mid-South rivalry between these two squads. The two teams haven’t played since 2009 when Ole Miss beat Memphis 48-14 in the season opening game.

How To Bet the Rebels vs Tigers NCAA Football Odds, TV & Game Info

While the Rebels are having a great season start, the Memphis Tigers are hoping to have better luck against a top 25 team. A win against the Rebels will also help the Tigers to recover their trust after tough 35-42 loss to the 11th ranked UCLA Bruins on Week 2. Ole Miss cannot afford to overlook Memphis and slip up against the Tigers, because they will start the toughest stretch of their schedule after this game, with four of their next five games against ranked teams, three of which are in the top 10.Despite the seven point loss to UCLA, Memphis is 2-1, and having a pretty good season so far. They are one of the best teams in the country offensively and defensively, scoring 44 points a game, which is 13th best in the country, and allowing 19.7 points per game, which is 28th best. Their offense is well balanced, they average 242.7 yards on the ground per game, which is 26th best, while throwing for 255.3 per game, which is 53rd in the country. The balance they have makes it difficult for opponents to shut them down.The Tigers have one of the best teams that they have had in a while, and feel that they can end their losing streak against Ole Miss this season. On the other hand, Ole Miss hasn’t really faced a challenge so far this season, so Memphis will be a good way for them to find out just how good they are before they start their SEC schedule.The Rebels have one of the best passing games in the country, averaging 364.7 yards per game, which is 8th in the nation, their defense is also one of the best in the country, currently allowing 10.3 points per game, which is 3rd best nationwide.The Memphis offense should be able to put the Ole Miss defense to the test, and we will be able to find out just how good it is.

Ole Miss has looked impressive against inferior competition so far, and haven’t done much to show that they are the 10th best team in the country, and will eventually get exposed when they play some real competition in their division. They should be able to get another win against the Tigers, and extend their winning streak against them to 6 games, but the listed college football spread for this game seems to high for them to cover.
Older post
Newer post