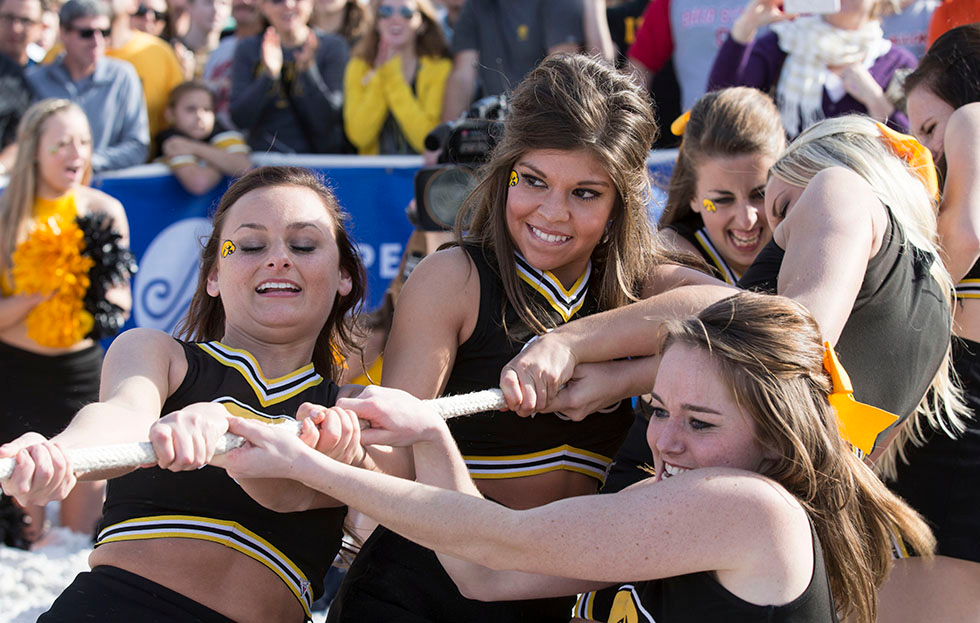 NCAA Football Betting News
Last year’s debate about the credentials of TCU, Baylor and Ohio State for the final Top-4 spot was one that got us doing countless of back-and-forth analysis and projections. In the end, the selection committee had the last say, picking the Buckeyes due to the strength of their schedule and the quality of their wins, particularly at the end of the season. As recently explained by EPSN’s Heather Dinich, the bottom line is that non-conference scheduling matters greatly (something that NCAAF betting fans learned last season), especially if you are hoping to clinch one of the four spots in the college football playoff.   Looking at the 2015 NCAAF schedule, it is once again clear that all non-conference slates are not created equally, with some teams getting baby-bottom-soft schedules, while others having to contend with rock-hard game slates. Bearing in mind that the strength of the non-conference could mark a huge difference between a team going 11-2 and 12-1, which could even affect the team chance at the CFB Playoff, let’s take a sweeping look at 2015’s non-league schedules and find out the conference that has it easiest. Duly note that the focus below will be on the Power Five Conferences. 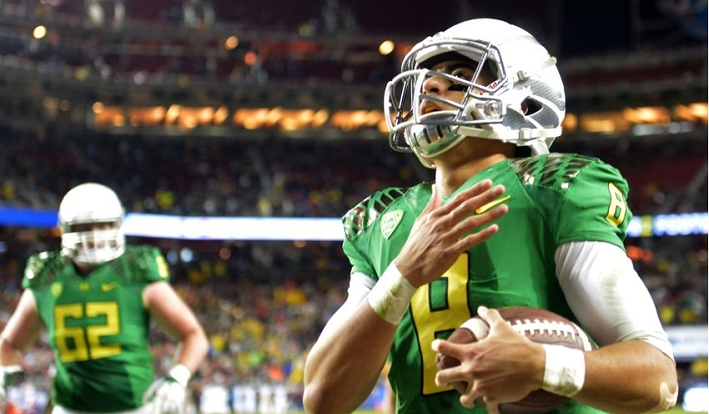 The FCS Disparity in the 2015 NCAAF Schedule

The Pac-12 and the Big Ten have a good number of teams in their conferences not playing FCS teams. The Big Ten only has half of its members (7 members) playing an FCS opponent, while the Pac-12 has four of its 12 members not facing FCS opposition. The Big 12 is somewhat also split in between in facing the FCS opponents. Meanwhile, the ACC has all its members playing at least one FCS school, while the SEC has all but one of its members playing FSC programs. Considering that teams from the FCS Division tend to be relatively weak (in comparison to the FBS football programs), the scheduling advantage here goes to the SEC and ACC, who will be facing more members from the lower-level program, making their work rather easier in 2015. So, does that mean the ACC and SEC divisions have the weakest 2015 schedules? Well, not necessarily, at least going by the analysis done hereafter.

In the ACC, their non-league schedule interestingly includes Notre Dame as a quasi-member. In essence, this means that ACC schools, which didn’t regularly face a Power Five opponent in non-conference play, will now have a rotating date with the Fighting Irish. As a result, such ACC teams will have a relatively more difficult non-conference schedule, which in fact makes matters more difficult for ACC teams that already had a regular Power foe. Good examples of the teams that get the double-billing include Clemson (who regularly had the rivalry game against South Carolina) and Florida State (with their regular rivalry game against Florida). 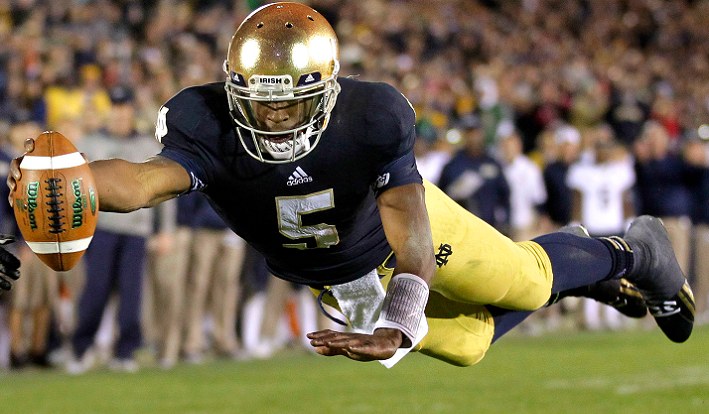 It is also worth noting that five ACC members have a pair of non-conference road trips, while other conferences like the Big Ten and SEC combine for just one member with two road games (Vandy traveling to Houston and Middle Tennessee). However, whereas the SEC is once again favored with a total of four SEC teams not playing a Power-Five squad out of the conference, only one Big Ten member will be lucky enough not to play a Power foe. In the Big 12, three teams (Oklahoma State, Baylor and Kansas State) will also not be playing a Power Five non-conference opponent, with Texas being the only Big 12 program that will play two such teams. The Pac-12 also has three teams (Arizona, Colorado and Washington) not facing Power Five opponents outside their conference. From the analysis done here in regards to the non-conference Power Five foes, the ACC has the most challenging schedule, followed by the Big Ten. The Big 12 and the Pac-12 conference follow, with the SEC once again being favored by the schedule.

SEC and their X-Factor…

For many years, it has been purported that SEC is the strongest of all Power Fives and playing against conference opponents like Alabama, Ole Miss, Georgia and Auburn is difficult enough, so getting to play tough non-conference opponents would be like double punishment to the SEC members. But then, going by the recent years and how the SEC members have been playing, that argument is somewhat overrated, if not outdated and here is the reason why. 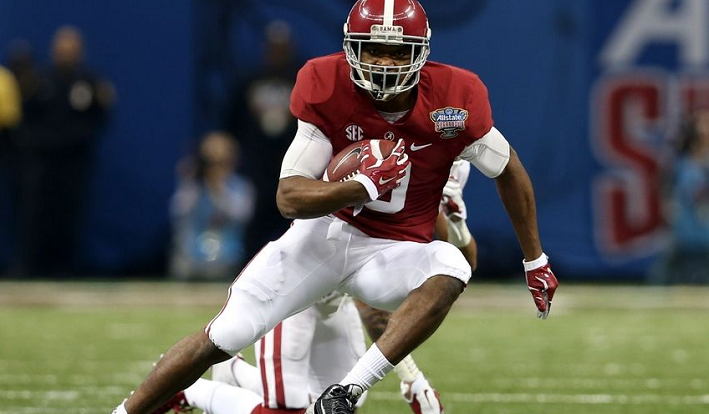 Taking the 2014-2015 season as a case study, we all know that Alabama was the only SEC representative in the CFB Playoff, with other “strong” SEC teams falling on the way. In fact, going by the strong competition in Big 12 between Baylor and TCU, one could almost say that Big 12 was the most competitive conference, but that (I guess) is a debate for another day. More relevantly, in the 2014-2015 college football Bowl season, the SEC teams were just 7-5 in those games. Now, whereas this was the second-best bowl record for all the Power Fives, other conferences like the Pac-12 (6-2 in 2014 bowls) and Conference USA (4-1 in 2014 bowls) had much better records. My question therefore is—if the SEC was as strong/tough as claimed, shouldn’t they have been able to dominate the bowl games? 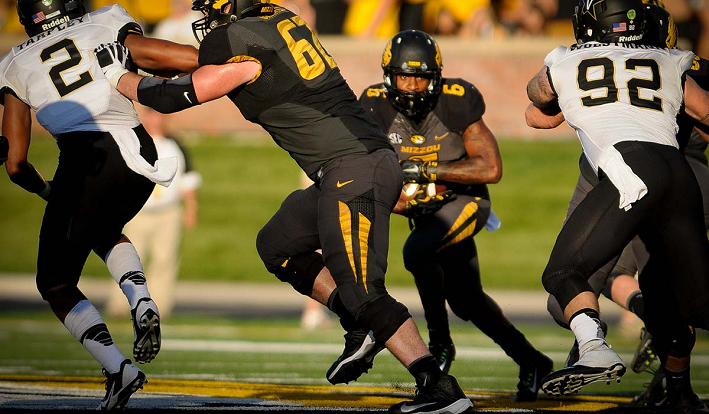 All in all, I’d say the SEC has been (and will probably still be) a remarkable conference with several quality teams. Whether or not this should affect their non-conference schedule is a debate I would not want to be dragged into right now, particularly since I am not a member of the NCAA playoff selection committee. Still, there is a bit of something more I can say about the SEC, as I’ve done hereafter.

And the Weakest Non-Conference Schedule is in..?

Fortunately or unfortunately, all the analysis I’ve done point to the fact that the SEC has the weakest of all schedules in 2015 (in the Power Five conferences). Besides the already-discussed reasons, you find out that, of the 56 SEC games, only 11 are against Power Five teams in the non-conference games. Furthermore, only 7 of the 56 non-conference games in the SEC are true road games, and 2 of these are by Vandy. If you compare the SEC and other Power Five Conferences, the disparity is even more glaring, as summarized below: In conclusion, it is worth noting that there is a difference in the gap between the easiest non-conference schedules and those that are most difficult across all the Power Fives. As a result, some road and home programs will be relatively easier than others. However, if you consider all these factors, and all the numbers associated with them (particularly if you add the total number of wins in 2014 and compare them against the total losses), the SEC still comes out as having the easiest 2015 college football schedule. Still, whether or not this soft schedule will make the CFB Playoff bid easier for the SEC members remains to be seen.
Older post
Newer post