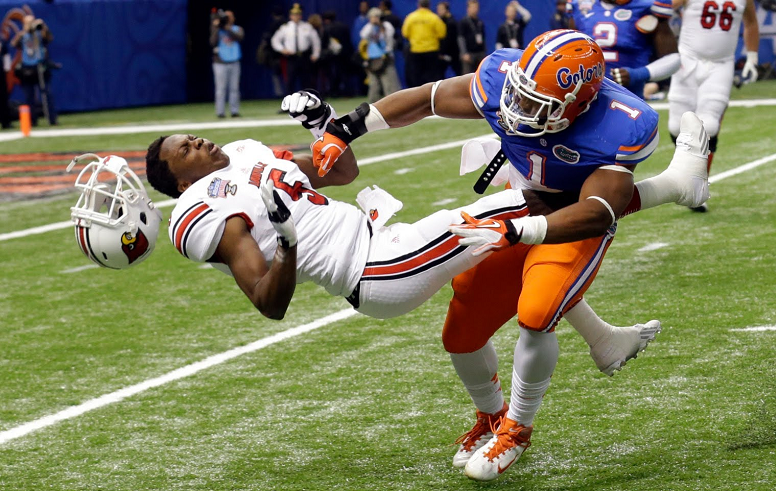 NCAA Football Betting News
The prospect of a new college football season is something that sportsbetting enthusiasts can’t wait enough for. Unfortunately, it’s not looking all rosy right now, as a good number of teams will be entering the 2015-2016 NCAAF season greatly shorthanded after losing key players in their squad, hence having a lot of rebuilding to do. Take the SEC for instance. Six of the starting SEC QBs in 2014 finished the season with a passer rating within the Top 50 in the FBS. The six QBs were Mississippi State’s Dak Prescott, Mississippi’s Bo Wallace, Alabama’s Blake Sims, Auburn’s Nick Marshall, Georgia’s Huston Mason and South Carolina’s Dylan Thompson. And of the six, only Prescott will be returning next season, though the situation in Mississippi State isn’t promising either, as only nine starters will be making a return for the Bulldogs in the new season. With the spring practices already concluded, we look at the coming season and the teams that have a lot of rebuilding to do, with the focus being on how losing the players will affect the 2015-2016 College Football odds

How Will the Seminoles Cope without James Winston?

Florida State had two Heisman-winning QBs before Winston in Charlie Ward (1993) and Chris Weinke (2000), but none of them amounted to anything as big as Winston. In his two seasons as FSU’s starting QB, Winston led the Seminoles to 26 consecutive victories, two divisional titles, one national championship, and became the youngest Heisman Trophy winner in his 2013-2014 freshman season. With Winston in the NFL, his most probable replacement is Sean Maguire (now a redshirt junior). In the spring game, Maguire was decent but far from reliable, completing 22 of 44 passes for 289 yards, with two interceptions (one returned for a score) and zero TDs. Other players competing for the starting QB role include redshirt sophomore John Franklin III, true freshman De’Andre Johnson and redshirt freshman J.J. Cosentino. But with Florida State’s Coach Jimbo Fisher seemingly leaning towards Maguire, the job is simply Maguire’s to lose. That notwithstanding, it doesn’t look like the Seminoles have a formidable replacement for Winston, so even with the likes of sophomore running back Dalvin Cook (an early Heisman Trophy candidate) having the potential to provide decent offensive numbers, the probability of a strong season by Florida State (like in 2013 and 2014) looks unlikely in the 2015-2016 NCAAF odds. Of course, all this could change if FSU can find some solid QB replacement from elsewhere, like Luke Del Rio who is increasingly being linked with FSU.

End or Start of an Era for the Crimson Tide?

In the 2015-016 college football odds, the Crimson Tide are favorably placed as 5/2 odds to win the SEC Championship and 8/1 to lift the national trophy. Considering Alabama finished with the top recruiting class in the nation in 2015, the Tide fans can be hopeful that 2015 could be another positive season. After all, Saban has been a consistent figure in the college football playoffs, so he should be able to continue with his remarkable coaching legacy. Nonetheless, the fact that Alabama will be without two key players in QB Blake Sims and WR Amari Cooper could prove costlier than most people think. To date, it is still not clear who will get to take up the starting QB role, with rumors floating around indicating that Ohio State’s Braxton Miller could be on his way to Alabama, and if that doesn’t happen, then former Florida State transfer Jake Coke could take the job. In the wide receiving department, WR Calvin Ridley and tight end OJ Howard are considered as possible replacements for Cooper, but with not much information to go by, the situation is probably just as inconclusive as the QB dilemma. While Alabama is deliberating on such issues, Auburn, Georgia and Arkansas are all looking better than they did last season, and granted a chance, they could pose a lot of challenges for Alabama, as far winning the SEC title is concerned. Therefore, although I’m confident that Saban is likely to lead his team to at least 10 regular-season wins using his mean defensive tactics, I am doubtful of the Tide’s chances at finishing in the Top 4, unless befitting replacements are made in the team, particularly in the QB department.

Prescott had a strong 2014-15 season to finish as No. 8 in the 2014-15 Heisman voting and he may even be amongst the best QBs in the upcoming season (no wonder he is among the top 5 players to win the 2015-16 Heisman Trophy), but with just nine starters coming back in the team for the upcoming season, it is not going to be an easy 2015 NCAAF season for the Bulldogs. Put into perspective, the nine starters being brought back by the Bulldogs mark the lowest number of starters coming back in the SEC and is tied for the fourth-fewest in the country. The list of players lost by Mississippi State include RB Josh Robinson (who was named into the All-SEC second team for racking up 1,498 yards and 12 touchdowns), the experienced offensive line trio of center Dillon Day, guard Ben Beckwith and tackle Blaine Clausell (who started a combined 107 games) and a first-team All-American in linebacker Benardrick McKinney (who led Mississippi State’s defense with 71 tackles and had eight tackles for loss, plus four pass breakups, three fumble recoveries, three sacks and one forced fumble). With such losses and a few serviceable additions to the team, it doesn’t look like the Bulldogs (who’ll be playing LSU, Alabama and Ole Miss at home, and has tough road tests against Auburn, Texas A&M and Arkansas in the SEC next season) will be able to give good value in the NCAAF Odds to win 10 games, like they did last season.

Avoid an OVER in the Season Total Picks for Louisville

Right from the start of the 2015 season, the Cardinals are going to be nursing many injuries from their landmine-filled scheduled. In their season-opener on Sept. 5, the Cards will be going against Auburn in Atlanta, and in due course of their season, they’ll have a couple of other tough tests, including games against Clemson (the ACC favorite) and Florida State. Just like Mississippi State, it looks (on paper) that Will Gardner’s return as the starting quarterback would motivate them for a strong season, but with a total of just 9 starters back in 2015, their fate is probably going to be just as hard, if not worse than that of the Bulldogs. For starters, Gardner is coming off a major knee surgery after being injured against Boston College in November 2014, and he didn’t participate in this spring, which could limit his efficiency during the season. As far as their losses are concerned, five of the departed Louisville players earned All-ACC honors, including the resourceful WR DeVante Parker (a first round pick in the 2015 NFL) and left tackle Jamon Brown (a second-team All-ACC pick). Besides Brown, three other starting offensive linemen also exited the team, while all of the team’s four starters in the secondary (who greatly contributed to Louisville mean defense that allowed opposing QBs an average of just 53.9 completion percentage and 14 passing scores) also left. With such a depleted squad, and barely any viable replacements, there is simply no way the Cards will finish at 9-4 (5-3 in ACC) or better, as they did in their first season as a member of the ACC.
Older post
Newer post