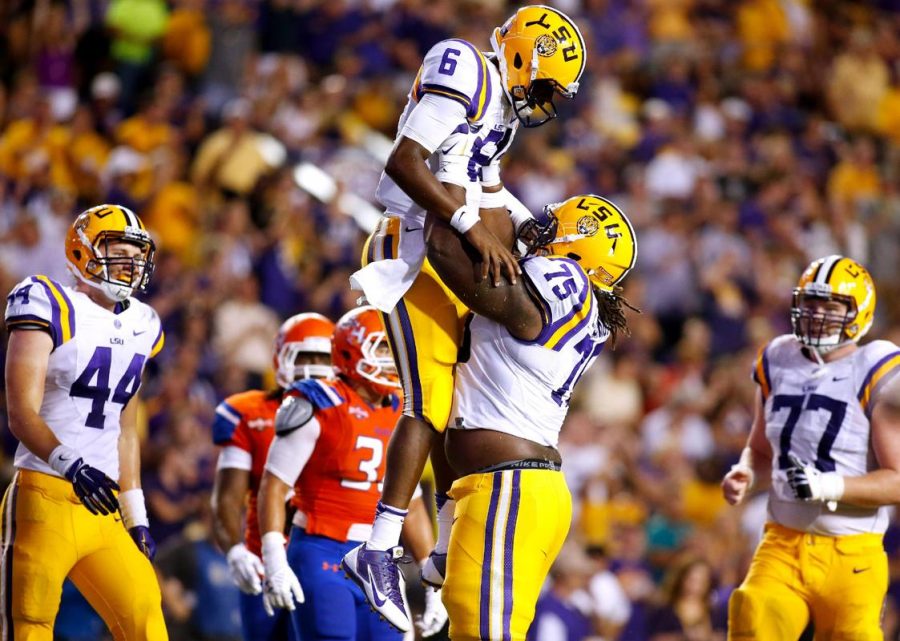 NCAA Football Betting News
College football betting fans around the country are surely enjoying the 2014 season, and as it happened over the last few seasons, teams in the Southeastern conference are giving much to talk about after three full weeks of action. So as the Southeastern Conference continues its dominant run in the college football rankings with victories by Texas A&M, Alabama, LSU, Florida, South Carolina and Arkansas, we can surely expect another dramatic, action-packed season for teams in this conference.

The SEC has eight teams ranked in the poll for the third straight week and five teams in the top 10 for second straight week. With South Carolina’s 38-35 win over Georgia on Saturday, the Gamecocks improved their position in The Associated Press college football poll, giving the SEC seven teams in the top 15, the first time that’s happened since the AP poll first started in 1936.After a solid victory over Southern Miss, the Alabama Crimson Tide remained at No. 3 in the poll behind Florida State and Oregon. The Auburn Tigers continue at No. 5 after a bye and Texas A&M moved up to No. 6 after a 38-10 win over Rice. LSU is also shaking the AP poll thanks to a 31-0 shout out victory over Louisiana-Monroe that launched the team to the No. 8 spot. Combined with last week’s 56-0 victory against Sam Houston State, it’s the first back to back shutouts for LSU since 1985 and the first back-to-back shutouts in home games since 1941.Georgia was the only SEC team that dropped a few sports, going to No. 13 after losing to the South Carolina Gamecocks 38-35. Despite the loss, fans and bettors can expect Georgia to bounce back to victory when they welcome the Troy Trojans at home on Saturday, September 20th.