While the College Football Playoff is dominating most postseason NCAAF betting conversations, there is another battle going on: how to find enough 6-6 teams to fill the 80 bowl spots. There are only 62 bowl-eligible teams in FBS right now. The NCAA agreement with bowls mean that the games will go on, even if there aren’t 80 teams with six victories, but the issue becomes how to hand out those slots to the 5-7 teams. According to the NCAA bylaws, the APR is the tiebreaker when 5-7 teams come into play. However, if a bowl game is supposed to have the Pac-12 and the Big Ten, can they choose a team from, say, the Big 12 with a higher APR than a 5-7 Pac-12 team, or do they have to remain true to their conference affiliation? The top two teams who are likely going to end up 5-7 in terms of APR are Utah State and Nebraska, but it could also devolve into a situation where bowls give out bids to schools that have the potential of delivering the most fans traveling to the host city.

This week Boston College takes on Notre Dame in a home game away from home, as the tilt is set to take place at Boston’s Fenway Park, the home of the Boston Red Sox. Fenway also hosts high school playoff games, so this won’t be the first time that the field has seen football teams on the field. However, if ou take a look at the stadium, you’ll see that there are some tight points, such as the corner of one end zone and the third-base dugout:

Notre Dame and BC will both be wearing special uniforms for this latest installment in the Shamrock Series. The Irish togs are a bright green, while BC will be wearing throwback uniforms to the days of Doug Flutie. Who modeled the look? Flutie himself, of course.

Michigan State has its moment of truth this Saturday as they head to Columbus to take on the Ohio State Buckeyes. Connor Cook, the Spartans’ quarterback, has been fighting shoulder injuries, but he told ESPN, “My shoulder is good. I’m going to be ready to go, so there is no issue with that.” Last week, he hurt his throwing shoulder as the Spartans beat Maryland, but his numbers suffered. He went 6 for 20 for just 77 yards and a pic. For the season, he has gone 175 for 311 and 2,482 yards and 21 touchdowns against only four interceptions. He has a passer rating of 143.02. He did have an X-ray early this week but has not yet revealed the results. 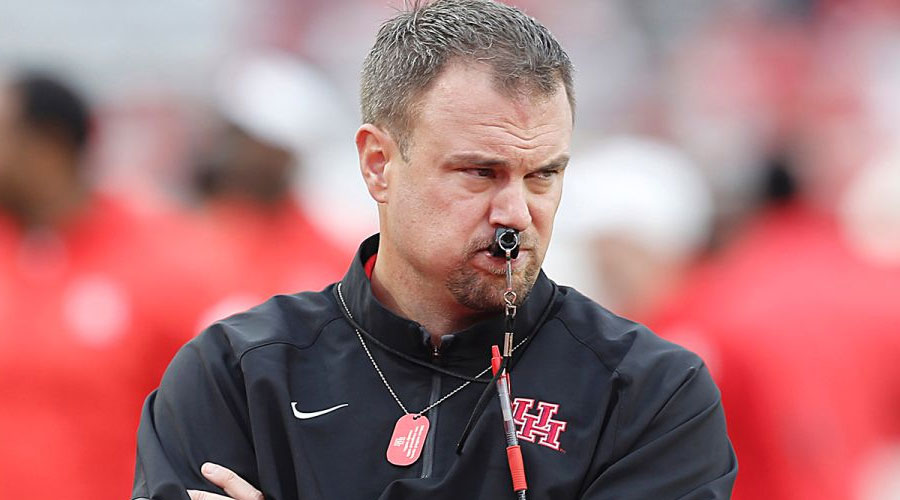 First-year head coach Tom Herman has the Houston Cougars playing at a terrific 10-0 clip. Herman is one of the best upcoming coaches in the nation, and he still hasn’t even finished his first season yet. However, his name is now appearing in conversations about some of the biggest coaching vacancies in the nation. Houston knows that they have a real chance to lose their coach, so the university is now looking for opportunities to ink Herman to one of the most generous deals in the nation.
Older post
Newer post