NCAA Football Betting News
After narrowly missing out on a pair of berths in the four-team College Football Playoff, the Stanford Cardinals and Iowa Hawkeyes will both look to get the season-ending ‘W’ when they square off in the 2015 Rose Bowl on Friday, January 1 at 5:00 PM ET, live from the Rose Bowl in Pasadena, California. Now, let’s find out which team is the right betting selection.

Why Bet The Iowa Hawkeyes Odds at +6

Because they’ve got an elite defense and have been in every game this season! I was really hoping that Iowa would beat Michigan State in the Big ten title game, but the Hawkeyes came up just short in their crushing 16-13 loss to the Spartans.The Hawkeyes are led by quarterback C.J. Beathard and the junior signal-caller had a solid campaign by completing 61.4 percent of his passes for 2,570 yards with 15 touchdowns and just four interceptions, but it is running back Jordan Canzeri that really makes the Hawkeyes offense go. Canzeri rushed for 976 yards on the season and a team-high 13 touchdowns ad should be ready to go in this affair after spraining his ankle in the Big Ten championship game.Iowa has an elite defense that limited its opponents to just 18.5 points per game to rank 13th in the nation. First-team All-American Desmond King won the Jim Thorpe Award as the nation’s top defensive back after recording eight interceptions while also averaging 25.6 yards per kickoff return and 12.7 yards on punts. “If the Rose Bowl is the consolation prize, what a deal for both of us,” Iowa coach Kirk Ferentz told reporters. 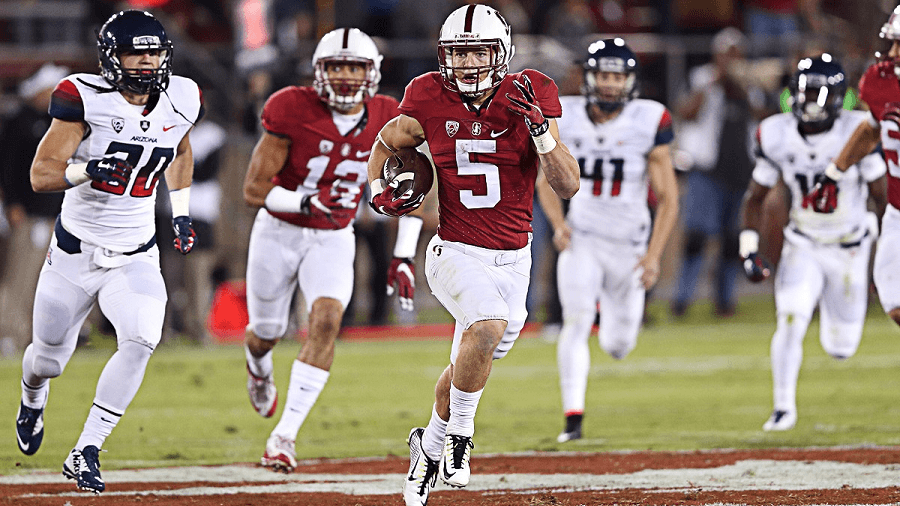 Why Bet The Stanford Cardinal Odds at -6

Because they’ve got Christian McCaffrey and Kevin Hogan! Maybe it’s me, but I think Stanford do-it-all running back Christian McCaffery is by far, the best player in the country – and apparently – head coach David Shaw agrees.The Cardinal averaged a stellar 37.2 points per game (20th) as McCaffery rushed for 1,847 yards, while adding another 540 yards in receptions, 1,042 yards on kickoff returns and another 67 yards on punt returns. “He’s the best player in the nation,” coach David Shaw told reporters after McCaffrey recorded 461 yards in total offense in the Pac-12 title game. “I don’t know if that’s even a question. There’s nobody in the nation doing what he’s been doing. It’s not even a debate.”Senior signal-caller Kevin Hogan has thrown for 2,644 yards with 24 touchdowns and just seven interceptions while completing a blistering 68.6 percent of his passes. Defensively, Stanford limited its opponents to 23.1 points per game to rank 37th nationally.

55 percent of the betting public likes Iowa to cover the spread and while I do love the Hawkeyes this season, I don’t like them nearly as much as I do Stanford superstar Christian McCaffery, the player that I believe should have won the Heisman Trophy award.The Cardinal are 6-1 ATS in their last seven neutral site games and 5-1 ATS in their last six Bowl games. The favorite is 6-2 SU in the last eight Rose Bowls while Iowa has gone 2-6 ATS in its last eight games against Pac-12 teams.My final score prediction: Stanford 28 Iowa 21
Older post
Newer post