NCAA Football Betting News
The Miami Hurricanes will look to record their first postseason win since 2006 when they battle the Washington State Cougars in the 2015 Hyundai Sun Bowl on Dec. 26 at 2:00 PM ET, live from Sun Bowl Stadium in El Paso, Texas. Now, let’s find out if the underdog ‘Canes can pull off the NCAAF lines upset to bring home the bacon!

Bet The Miami Hurricanes at +3 Because…

They’re playing their best football of the season at the right time! The Hurricanes (8-4 SU, 7-5 ATS) have won two straight and four of their last five games coming into this contest including their narrow 29-24 win over Pittsburgh as a 7-point road dog on Nov. 27. Miami’s five-game finish came under interim head coach Larry Scott after the school fired former head coach Al Golden just past the midway mark of the regular season.Now, the Hurricanes will try to snap the school’s five-game losing streak in bowl games since beating Nevada 21-20 in the 2006 MPC Computers Bowl. Miami is led by talented quarterback Brad Kaaya. The strong-armed sophomore signal-caller has completed 61.7 percent of his passes for 3,019 yards with 15 touchdowns and just four interceptions.The Hurricanes are led in rushing by running back Joseph Yearby (939 yards) while wide receiver Stacy Coley leads the team in receiving yards with 645. Miami averages 28.9 points per game (65th) while allowing 28.8 points per contest defensively (84th). 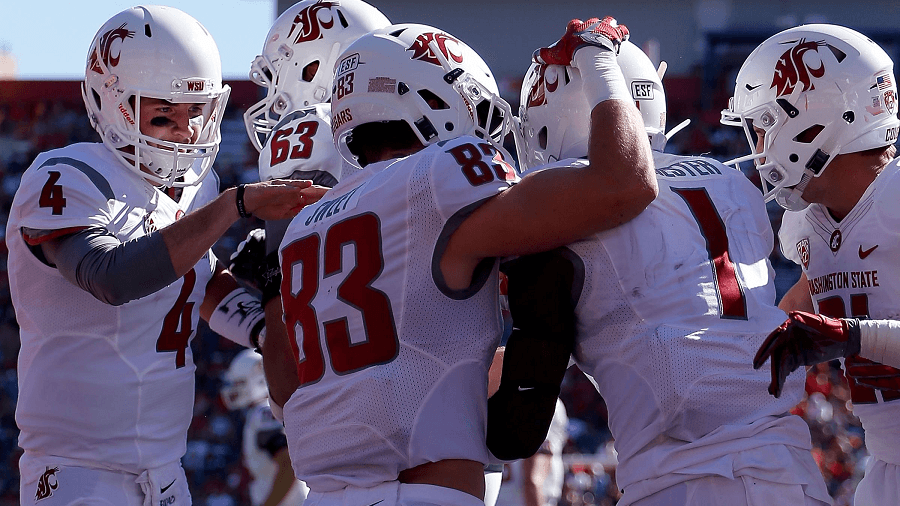 Bet The Washington State Cougars at -3 Because…

The Cougars have an explosive offense that can score on anyone! Washington State (8-4 SU, 9-3 ATS) had its modest three-game winning streak snapped in its humbling 45-10 loss against Pac-12 and in-state rival Washington I their regular season finale while never coming close to covering the spread as a 7.5-point road dog.Still, the Cougars recorded their best record since going 8-4 back in 2003 and now look to close out their 2015 campaign with a huge victory. The Cougars are led by All-Pac 12 first-team quarterback Luke Falk. The cerebral sophomore completed an insane 70.7 percent of his passes for 4,266 yards with a whopping 36 touchdowns and just eight interceptions.Running back Gerald Wicks leads the team in rushing with 599 yards while senior wide receiver Gabe Marks has hauled in 99 passes for 1,125 yards and 14 touchdowns. Washington State leads the nation in red-zone conversions for a touchdown at 94.3 percent but has also allowed an enormous 39 sacks while ranking seventh in the country in turnover margin (plus-13).The Cougars average 32.4 points per game (47th) while allowing 28.8 points per game defensively (85th).