NCAA Football Betting News
By now, you can probably recite the names of the top CFB teams that have been hyped up to finish in the 2015 College Football Top 25 list. That must feel pretty awesome as we continue to prepare for the 2015 NCAAF betting season, right? Admittedly, there’s nothing wrong with that. Plus, it is by knowing such information that we can make the right early bets on the College Football Futures.But what about the up-and-coming teams that hold a lot of promise ahead of the new season. Do you know who they are or anything about them? Of course, the world of college football is a top-heavy team, which often favors strong schools with a lot of money and power to get the great coaches and players that they want. Even so, the improving low-tier teams in the league plays an important role, not just in replenishing the college football league and the NFL with abundant talent, but also in influencing the NCAAF betting lines through unexpected upsets wins or blowout losses that go well with bettors either way. Bearing that value in mind, here are the college football teams that should be getting more hype as we head into the 2015 CFB season: 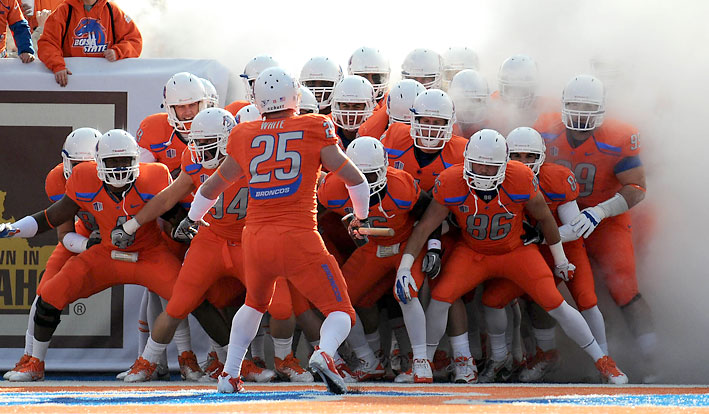 The Group of Five is one of the conferences that has often been overlooked by many football enthusiasts, and in a good number of cases, it is usually warranted, as most of the teams in the conference are perennial non-performers. The Broncos, looking at their current roster and the developments they’ve made recently, are far from a team to be overlooked in 2015. Preliminarily, Boise State returns 16 starters from their decent showing in 2014, which should guarantee that they stay competitive in their conference.

The #BoiseState Broncos aren’t shy about taking risks when it comes to the football field. http://t.co/Q8os3RuEEm pic.twitter.com/tBjGb5M2Bw

The offseason has equally come with some significant additions. Even more notably, the Broncos enter the 2015 season with a reputation of being a giant killer, slaughtering the last three top-conference teams it has played in its three Fiesta Bowl appearances, making them a team worth paying more attention to. In fact, going by their immense talent, the Broncos could go unbeaten in 2015 and make a solid case to crash into the top 15 CFB rankings at the end of the season. 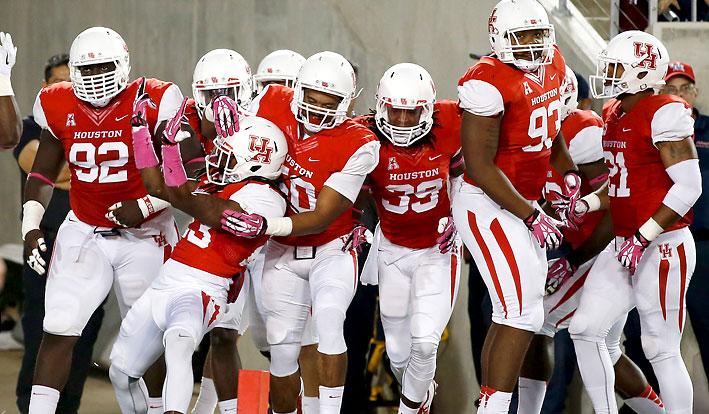 Memphis, UCF and Cincinnati have been the crop of the American Athletic Conference and are looking decent entering the new season, with Houston also included in that list, so a strong ACC title chase should be in the offing in 2015. But as a class above the other title contenders, the Cougars fired coach Tony Levine (following a 7-5 regular season) and replaced him with a major upgrade in Tom Herman (Ohio State’s championship-winning offensive coordinator). Herman will be working with a talented group, including senior tailback Kenneth Farrow (had an AAC-best 15 TDs in 2014 and added 1,037 rushing yards) and Ryan Jackson in the Cougars’ backfield, plus a solid receiver in Greg Ward Jr. (who threw for 2,010 yards and 12 touchdowns in eight games last season). Meanwhile, the defense has three solid starters in William Jackson, Adrian McDonald and Trevon Stewart. Added to their favorable schedule in the upcoming season, bettors should keep an eye out for the Cougars, as 2015 is likely to be a big season for them in the ACC. 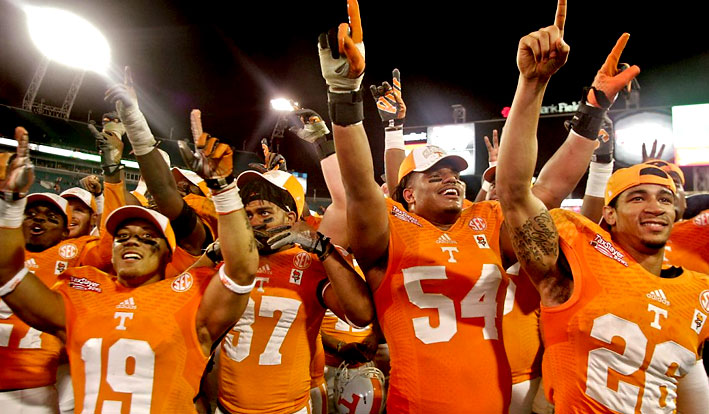 Belonging in the SEC conference where Alabama, Auburn, Missouri and a host of other big-named teams has ensured that fighting-to-improve teams like the Vols and Gamecocks don’t get enough attention for their efforts. But after a respectable 7-6 campaign last year that culminated in a blowout win over Iowa in their 2014-2015 Bowl game, it is only a matter of time before Tennessee starts getting some positive buzz. Entering the 2015 season, the Vols bring back nearly everyone back from last season, including their highly SEC-rated quarterback Joshua Dobbs, forecasting a bright hype-worthy future in the upcoming NCAA Football season. 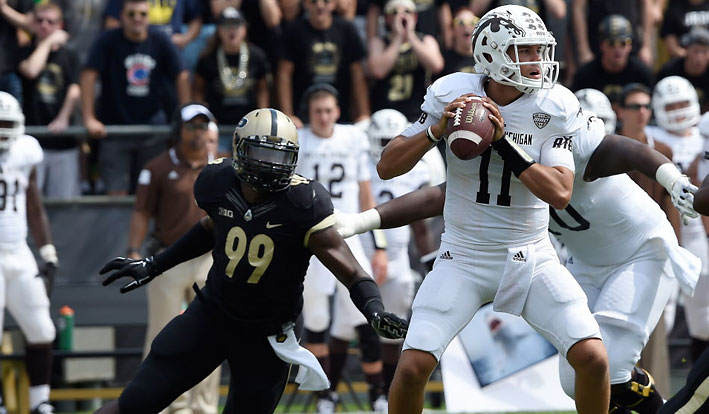 After going 8-5 in 2014, the Broncos are looking well-poised to make a solid run in 2015. Outside their non-conference games against Michigan State and Ohio State, the Broncos have a soft schedule that should help them possibly contest for the MAC title, especially if you consider that Northern Illinois and Toledo (Michigan’s main competitors) lost a number of players and have to contend with challenging schedules in 2015. So, although it doesn’t look likely that the Broncos will be ranking among the top teams in the league, the 2015 run should be worth grabbing a lot of attention, more so for candid observers of the MAC conference.SourcesESPN.com (http://espn.go.com/college-football/story/_/id/12138345/tcu-leads-2015-way-too-early-top-25-rankings)Yahoo.com (http://sports.yahoo.com/ncaa/football/recruiting/player-Kenneth-Farrow-90373)
Older post
Newer post