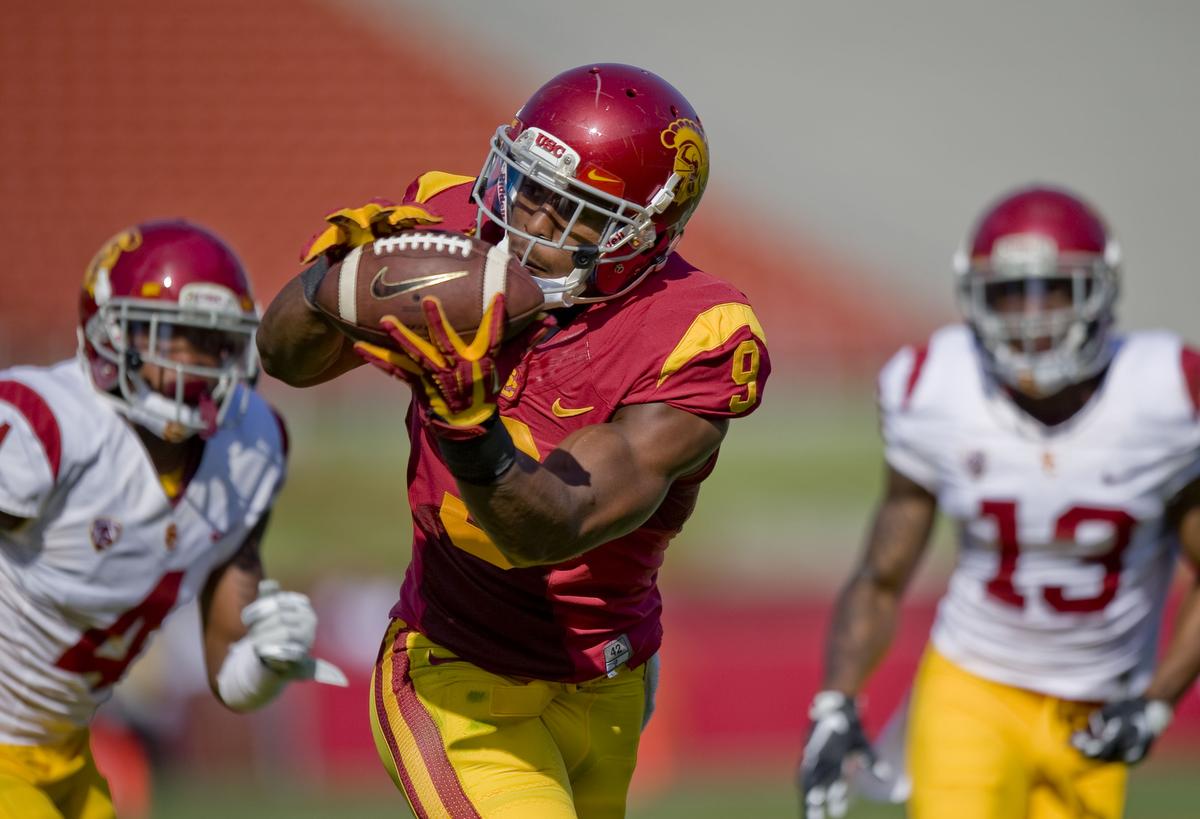 NCAA Football Betting News
Not so many things have worked as the USC Trojans would have wanted in the NCAAF odds over the recent years. But ahead of the 2015 season, they have something that is working amazingly for them—they have the best returning quarterback in the nation. That’s right, the BEST quarterback in Cody Kessler, a passing specialist who had the highest touchdowns passes and the fewest interceptions in 2014.

And it’s not just about last season, Kessler has been doing really well in the offseason practices, with his stellar numbers from spring training showing that 2015 will be a big year from him. Meanwhile, backup QB Max Browne has had an offseason showcase of his own, including an impressive showing in the spring game, giving the Trojans depth and a fall-back plan in case of an eventuality like a god-forbid major ending injury to their main man. 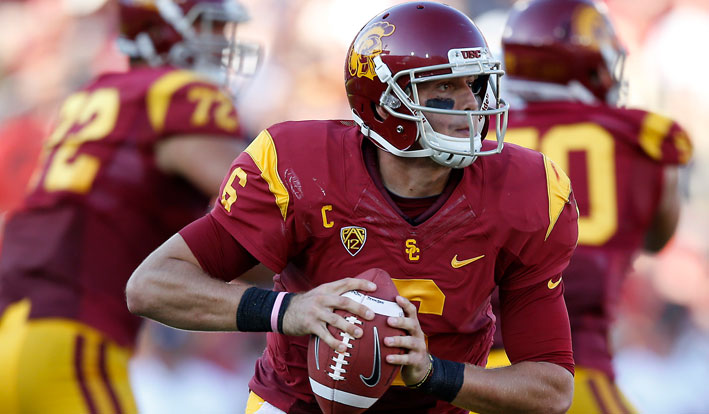 Still on the offense, the Trojans have found a perfect replacement for WR Nelson Agholor in JuJu Smith, a highly promising wideout. Juju (which loosely translates as “magic” in African dialect) has been nothing short of magical on the field in the offseason, catching nearly everything thrown his way. Not to mention, he is a 215-pound specimen with great athleticism, which allows him to power his way upfield and collect tons of yards after making his catches. 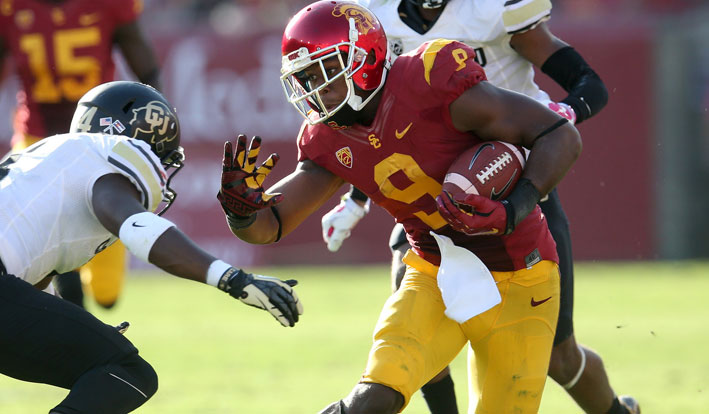 Losing offensive lineman Chad Wheeler to a torn ACL injury last fall was a big setback and his absence has been a worry for many fans. Fortunately, there is good news in the USC camp, with reports indicating that he is recuperating well and could feature for the team this season. After all, even if Wheeler doesn’t make a full recovery to start in the first weeks of the new season, Toa Lobendahn has reportedly filled the left tackle position serviceably, so he should be able to give the Trojans a good option to work with in 2015.   Defensively, USC boasts of having one of the nation’s most dreadful two-man cornerback partnerships in Adoree’ Jackson and Kevon Seymour, giving the D-line a fear-factor. Both cornerbacks started 11 games apiece in 2014, with Adoree’ recording 48 tackles and one interception, and Seymour finishing the year with 49 tackles, 13 pass breakups and one INT. 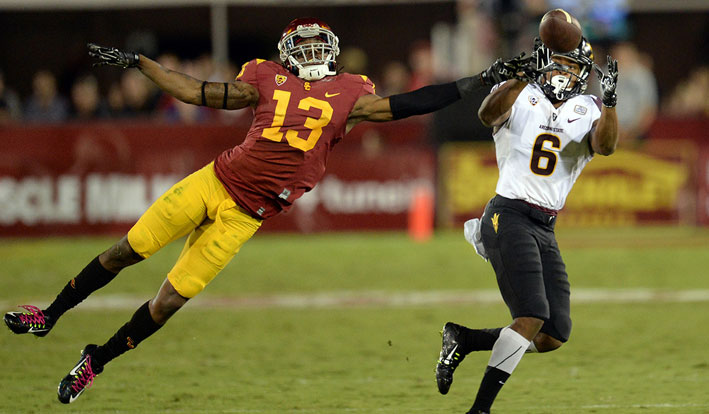 Unfortunately for USC, the rest of their defensive line doesn’t look that good, with most of the starters in 2015 likely to come from their 2015 draft class. Admittedly, there are a good number of talented 2015 recruits in the team, but with the tough nature of Pac-12 opposition, the lack of experience could work against the team. With the team also still looking for ways to patch up things up front in the wake of costly departures like that of Leonard Williams, the defense will need to do all it can to give the Trojans a strong fighting chance in the new season.

Final Remarks and 2015 Prediction on the Trojans

As earlier mentioned, the Trojans haven’t seen things go their way over the recent times. For example, they had a 6-3 conference record (9-4 overall), which tied them for the second-best mark in Pac-12 South, the third year in a row they’d finished second in the division. In order to perform better this year, the Trojans will need a bit of some luck while formulating a plan for posting a better road record, which has been a key reason they’ve had it rough in the division and conference. As per our projections, the Trojans should be good for 10 wins this season, but much of that will depend on their ability to better their 3-3 road mark from last year. Sources: Espn.go.com: http://espn.go.com/college-sports/football/recruiting/school/_/id/30/class/2015 Usctrojans.com: http://www.usctrojans.com/sports/m-footbl/mtt/juju_smith_908824.html
Older post
Newer post