NCAA Football Betting News
The inaugural college football playoff in 2014 was proof that scheduling matters greatly in determining success in the college football betting odds, qualification for the playoffs and bidding for major bowls. Fortunately or unfortunately, the following teams have the easiest CFB schedules in 2015, which may end up affecting their chances of a successful season, especially due to the complicated nature of the current NCAA’s strength of schedule system. That notwithstanding, here are the FBS teams with the softest schedules. Feel free to judge your way down the list.

For a team that won the national championship in 2014, going against opponents with a combined win-loss record of 86-69 (55.48 win percentage) is not that big of a deal. Furthermore, the Buckeyes won’t get to meet Wisconsin and Nebraska (two strong Big 10 title contenders) in the regular season, giving them a rather easy time. In fact outside the game against Virginia Tech, Ohio State’s non-conference schedule is really soft. Meanwhile, Michigan State and Michigan offer the toughest in-conference challenge, though with Michigan in rebuilding mode and the Spartans playing the Bucks in Ohio, there is a very good chance for coach Urban Meyer’s team to go undefeated in the regular season.

In terms of toughest schedule in the nation based on win-loss percentage, the Hawkeyes are favorably ranked at No. 101 out of 129 teams, facing opponents with a combined record of 65-74, good for a 46.76 winning percentage. In addition, Iowa State dodges the bullet, as it doesn’t have Ohio State and the two Michigan teams in its schedule. Added to the fact that just four of Iowa’s 2015 opponents had winning records last year and only two of them were ranked at the end of the season, the Hawkeyes should be good for at least 9 wins this year (possibly with losses to Wisconsin and Nebraska). 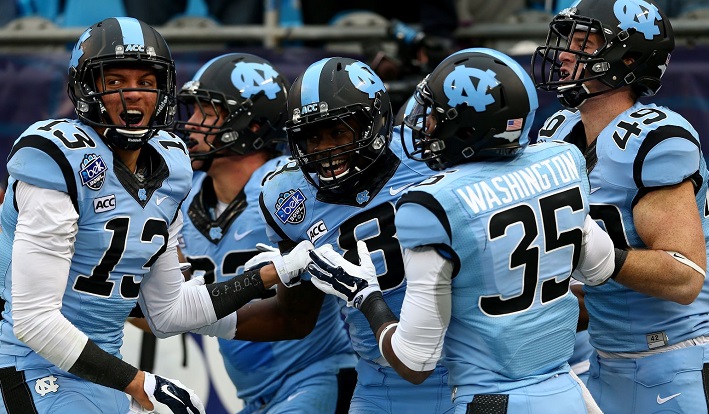 The Tar Heels are still not yet at the level of competing for the national championship. Still, after going 6-7 last year with a tougher schedule, fighting for 9 or 10 wins in 2015 should be possible with this year’s soft schedule. With no Florida, State, no Clemson, and no Louisville to give them headaches, the only challenging games will probably come against Georgia Tech and Duke, with the Blue Devils game being a winnable one, as NC will be playing at home.

Playing Alabama is certainly not a good way to start the season, but the rest of the games should be very manageable for the Badgers. Of course, Nebraska and Minnesota are not easy opponents, but the Badgers (even without the likes of Melvin Gordon) still have some talented pieces to be a formidably competitive force once again. 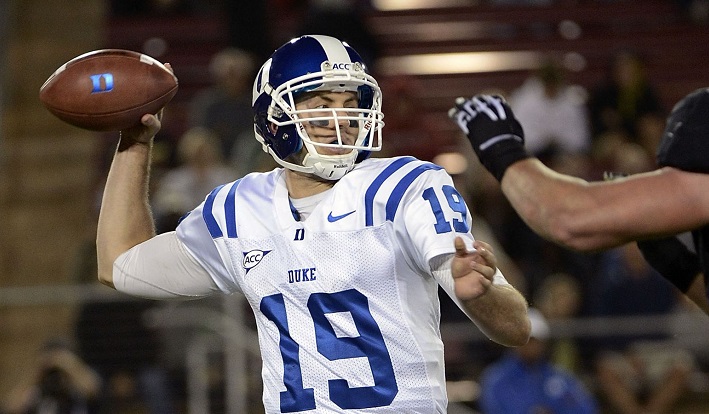 Going against opponents with a combined record of 70-81 (46.36%) is a massive favor for the Blue Devils, who were one of the best teams in the ACC last year, finishing on a 9-4 (5-3 ACC) mark. In 2015, the Blue Devils won’t be facing Florida State or Clemson (two of the biggest ACC title favorites) in the regular season, while the tests against Georgia Tech, Virginia Tech and North Carolina are manageable. Getting a chance to play in the ACC title should thus be very possible for the heavily talented Blue Devils.Sources:Wikipedia.org (https://en.wikipedia.org/wiki/Urban_Meyer)NFL.com (http://www.nfl.com/draft/2015/profiles/melvin-gordon?id=2552469)
Older post
Newer post