NCAA Football Betting News
Nothing about college football schedules is ever easy—playing at home comes with unreal pressure and high expectations, playing away from home exposes you to deranged abuse-hurling, maddeningly-taunting fans from opposing teams, and rivalry games are perfect set ups for upsets. And at that particular time you are complaining about a tough schedule, it means someone elsewhere is busy celebrating an easy schedule. In short, in the NCAAF, college football betting odds are always stacked against you. That, essentially, is the reason why winning the National Championship is usually a very big deal. Looking at the 2015 college football for all teams in the league, every team has at least has a pair of easy and tough games. However, based on the strength of their opponents, the toughness of divisions they’ll be playing in and/or the competitive conferences they belong to, the following 10 teams have the toughest schedule in the league and will need to be at their very best if they are to witness success in the upcoming season. 1. Washington (101-56, 64.33%) Based on NCAA’s module of winning percentage of opponents, the Huskies face the toughest schedule in college football, going against opponents with a combined winning percentage 64.33 from last year. Of those opponents, nine of them had winning records and seven of them were ranked in 2014. The month of October will particularly be excruciating, with games against the Trojans, Ducks, Cardinal and Wildcats.

2. Arkansas (99-57, 63.46%) After facing a tough schedule in 2014, the Razorbacks are at it again in 2015, going against 11 opponents that finished the 2014 season with a .500 or better winning percentage. In addition, six of Arkansas’ 2015 opponents were ranked in the final College Football Playoff rankings at the end of the 2014 season, giving the Backs a mountainous task in the new season. Some of tough games for Arkansas in the new season include Texas Tech, Texas A&M, Tennessee, Alabama, Auburn, Ole Miss and LSU. 3. Miami Fl. (97-58, 62.58%) If Al Golden survives the sack this season, it will be because his team has played extremely well, as Miami faces a grueling schedule consisting of 10 opponents that finished the 2014 season with a winning record. In addition, 9 of Miami’s opponents in the new season were bowl eligible last season. Nebraska, Florida State, Virginia Tech, Clemson, Duke and Georgia Tech are some of the top opponents they’ll be facing. 4. Alabama (96-58, 62.34%) Arguably the strongest contenders to stop the Buckeyes from becoming repeat national champions, the Crimson Tide are getting no favors with their schedule, facing the fourth-toughest schedule in the nation. Every Alabama game is always a spectacle, but the top challenges to watch out for in the new season include games against Wisconsin, Ole Miss, Georgia, at Texas A&M, Tennessee, LSU, and Auburn in the Iron Bowl. 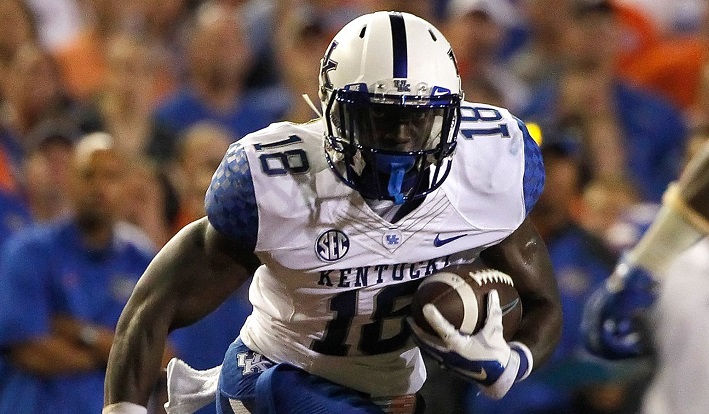