NCAA Football Betting News
If you’re ready to bet on college football NCAAF betting fan, then you’re going to have a great chance to cash in with a potentially-winning wager when the Texas A&M Aggies host in an SEC showdown that will likely have bowl game implications for both teams. Now, let’s find out who’s going to cover the spread.

Texas A&M spanked the Nevada Wolfpack 44-27 in Week 3 despite failing to cover the spread as insane 32-point home favorites. Quarterback Kyle Allen completed 18 of 31 passes for 270 yards and accounted for five touchdowns in the affair by throwing four TD strikes and running for another. Senior Aggies tailback Tra Carson rushed for a career-high 137 yards on 22 carries while Allen carried the ball 10 times for 55 yards. 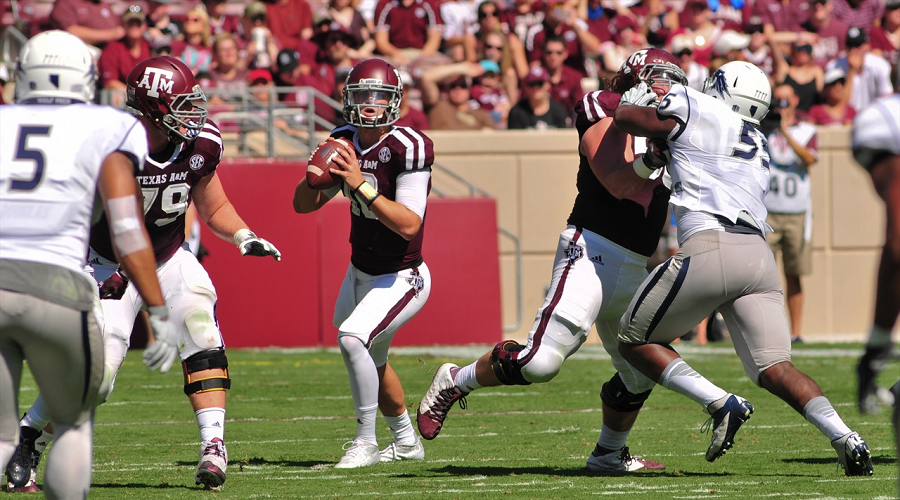 Texas A&M extend their non-conference winning streak to 19 straight games. According to the A&M sports information department, the non-conference winning streak is the longest in the nation. A&M never trailed in the game. The Aggies scored on their opening possession on Allen’s 1-yard touchdown run. Nevada tied the game at 7-7 later in the quarter when Don Jackson scampered 31 yards on a fourth-down play. 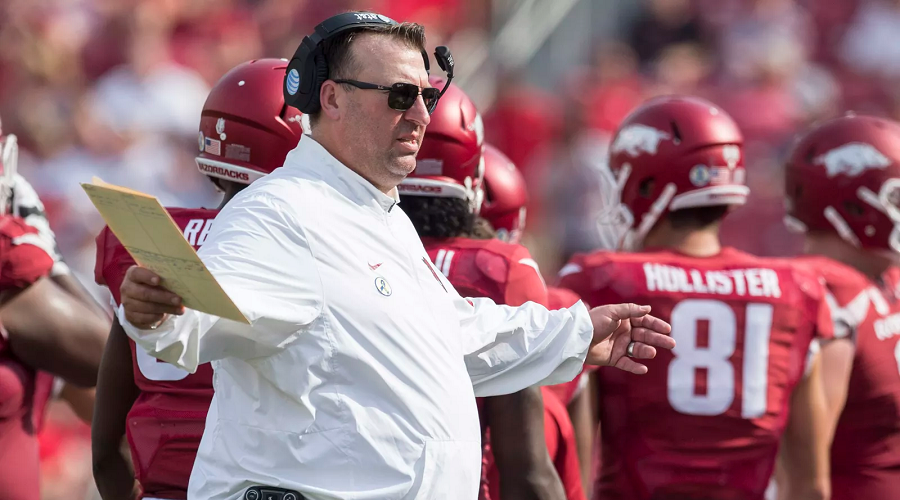 Arkansas has lost two straight to teams they were supposed to be ‘better’ than this season and enter their Week 4 SEC showdown coming off a humbling 35-24 loss to Texas Tech while never coming close to covering the spread as a 9.5-point home favorite. Arkansas rushed for an impressive 228 yards in the contest, but gave up 171 to Texas Tech while allowing Red Raiders quarterbacks Pat Mahomes II and Jakeem Grant to throw for a combined 315 yards with three touchdowns. 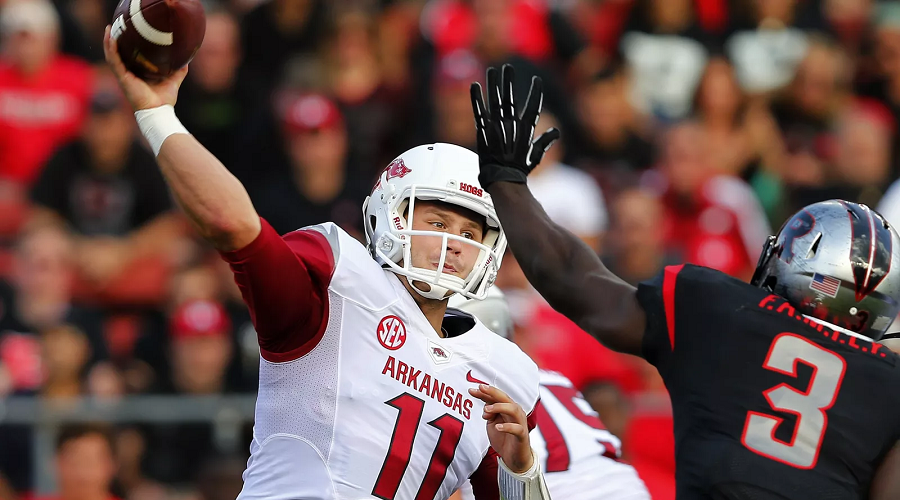 Senior quarterback Brandon Allen completed 16 of 21 passes for 196 yards with two touchdowns and one interception while running back Alex Collins rushed for 170 yards on 28 carries for Arkansas. Arkansas had a touchdown called back on an offensive pass interference call in the game and allowed Texas Tech to score three quick first –half touchdowns that took 2:39, 2:45 and 26 seconds respectively. 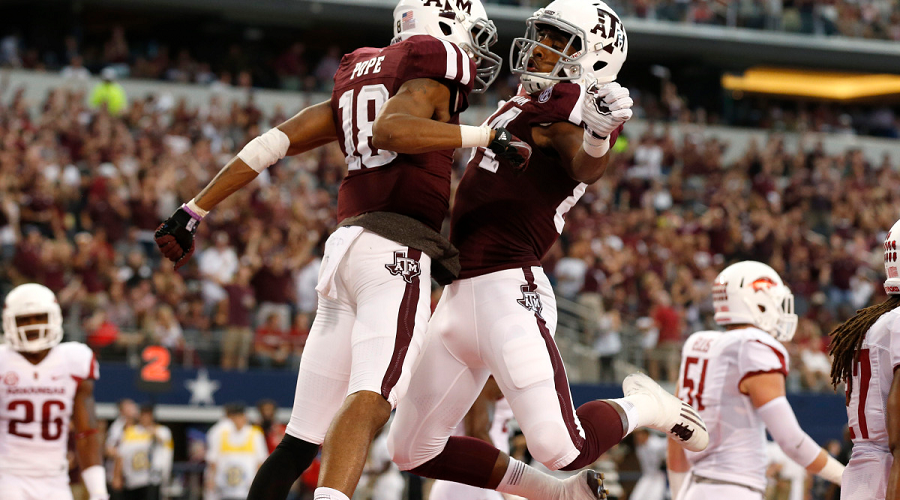 I’m surprised that only 56 percent of the betting public likes Texas A&M to cover the spread in this contest because I see them cashing in fairly easily against an Arkansas team that is absolutely reeling right now. While the vast majority of the key trends surrounding this SEC showdown seemingly point to an Arkansas ATS cover at the very least, I’m confident the Aggies are going to walk away with both, the SU and ATS wins in this contest. 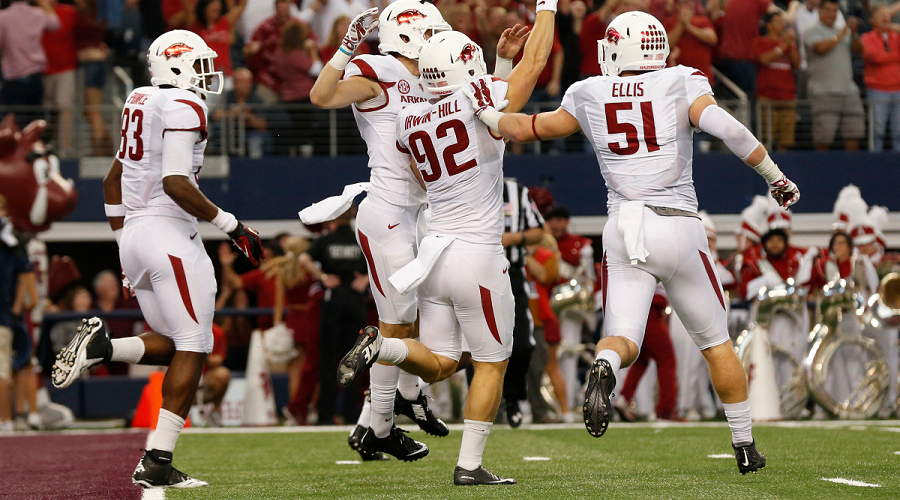 While Texas A&M has gone 1-6 ATS in their last seven conference matchups, the Aggies are also 7-2 ATS in their last nine games  against a team with a losing record. With Arkansas going 2-6 ATS in their last eight neutral site games and Texas A&M going 10-4 ATS in their last 14 games in the month of September, I think this pick is as easy as pie. 63 percent of the betting public likes the Over and so do I with each of the last four meetings – and five of the last six meetings overall – playing over this game’s 59.5-point total.
The Picks: Texas A&M -3.5 Points/Over 59.5 Total Points
Older post
Newer post