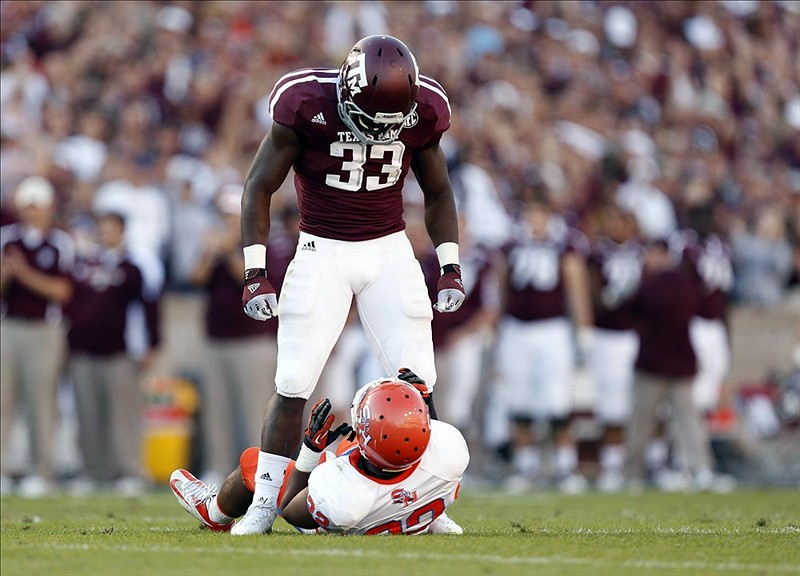 NCAA Football Betting News
No-one really knew what to expect from the Texas A&M Aggies after the departure of Johnny “Football” Manziel to the Cleveland Browns. They gave the South Carolina Gamecocks a 52-28 beating on the opening game of the college football season, but despite the good result, some bettors and fans were not truly convinced with their performance on the field.However, things got a sudden change on week 2 after the Aggies destroyed Lamar 73-3, which gave a much better perspective of what this squad is capable of. This weekend the Aggies will take the road to face the 0-2 Southern Methodist University Mustangs (SMU) so the huge college football spread and betting lines for college football listed for this game aren’t really a surprise.

Is Texas A&M Too Much to Handle for SMU? Lines for College Football Say Yes

If SMU are going to have any kind of chance, it would have to come via the ground game. It’s fair to say that Rice may have shown a light on that Aggies run defense last week, but it’s also fair to say that SMU are not likely to be the team to truly expose that weakness. They have lost their first two games of the season by a combined 82 points: 0-45 v. Baylor and 6-43 vs. North Texas. That does not bode well when going against a team with an offense as high-powered as what the Aggies bring to the table.

The point spread sees the Aggies as a 33-point favorite, which they look to be pretty good value for here. SMU are giving up an average of 44 points so far and have only managed to put 6 points on the board in 2 games against much weaker opposition. There have been Heisman whispers about Kenny Hill since week 1, and you have to believe that A&M will be keen to pad his stats. History is on the side of the spread in this match-up, too, as the last two meetings have seen A&M cover the spread both times. Throw in the fact that SMU are 0-6 versus the spread when playing non-conference teams over the past two seasons and you have the makings of a pretty safe bet with the point spread.

One thing to pay attention to is the trend regarding the total points. The two previous meetings between these teams has seen the UNDER come up trumps. While it might be tempting to go with the over based on how Hill is throwing the ball, the trend says that you may want to avoid making that bet.
Older post
Newer post