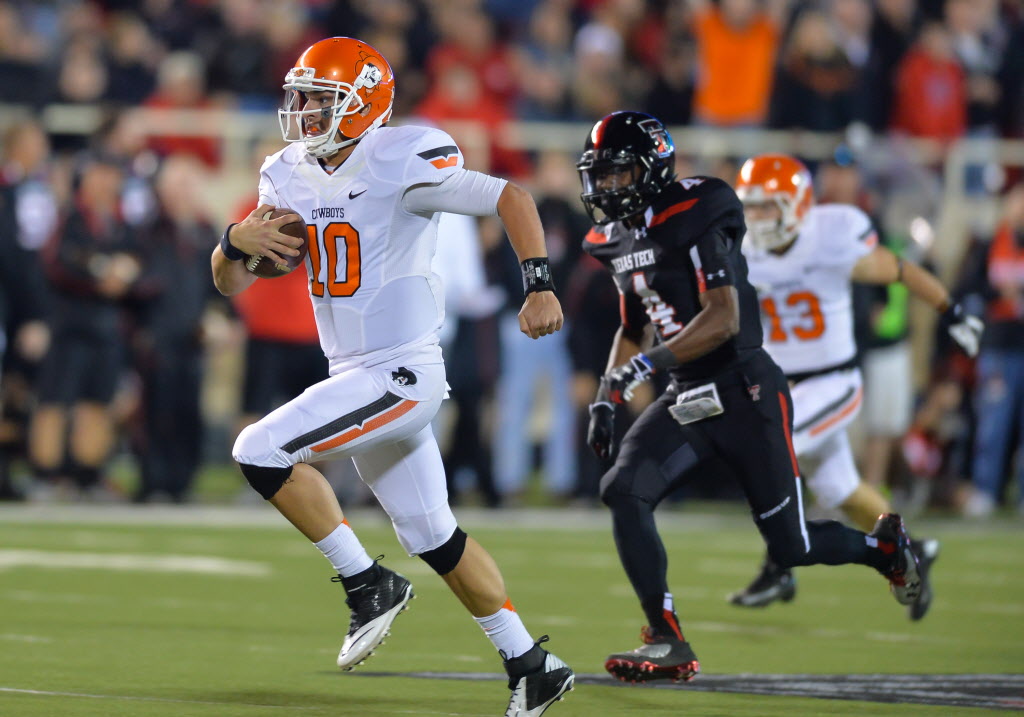 NCAA Football Betting News
There’s a trio of Thursday night games set to kick off Week 5 of the college football season, and fans, supporters and bettors looking for lines on college football couldn’t be happier. The pick of the bunch sees the Texas Tech Raiders take their show on the road to Oklahoma State. Both teams are coming into this one holding a 2-1 record, but that really doesn’t tell the tale of what both teams have done so far this season.

The Oklahoma State Cowboys gave number one ranked Florida State all they could handle in week 1, eventually falling to a close 31-37 loss. As expected, the team has bounced back from that defeat quite nicely and has out some points in the board and scored two wins after that loss. They compiled a total of 83 points in knocking off Missouri State and the University of Texas San Antonio. They are 2-1 ATS in their opening three games, whilst also combining for the OVER in 2 of them. They come into this one as 13.5-point favorites.Meanwhile Texas Tech 2-1 record does not look quite as pretty as that of the Cowboys. In fact they had to struggle to come victorious against Central Arkansas and UTEP in their two opening games before getting blown out pretty badly by the Arkansas Razorbacks. The Red Raiders have been hurt pretty badly by turning the ball over so far this season, surrendering the rock 6 times in the first 3 games, whilst only creating 2 turnovers of their own. They are 0-3 ATS so far this season, and based on the existing college football spread for this game, you have to think they might be ready to go 0-4.

TEXAS TECH: +13½-110OKLAHOMA STATE: -13½-110Going back to 1992, these two teams have actually played each other pretty evenly, but that all changes if you look at the last three seasons, as well as the games played at Oklahoma State. The Cowboys are a perfect 2-0 SU and ATS in the past 3 seasons, with both of those games going OVER the total. Even when taking the games back to 1992, the Cowboys hold a definite advantage both straight up and against the spread. The OVER has also been the dominant result in those meetings when the Cowboys host the Red Raiders.

Oklahoma State came pretty close to knocking off Florida State in week 1 and they have been rolling ever since. Texas Tech, on the other hand, has struggled to impress and have not been able to cover the spread so far this season. This looks like being more of the same, as I see Oklahoma State covering the 13.5-point college football point spread quite handily. While the total for this game has not been released yet, savvy bettors know that the OVER seems to be the trend when these two meet, so that might be worth looking at, too.
Older post
Newer post