NCAA Football Betting News
You know why college football betting is so fun? Every week comes with its mega share of surprises as unbeaten teams seeking perfection, while the ones who already have losses to their names strive to plug their mistakes and avoid more defeats. Not many teams are able to survive the weekly landmines, but those that do, particularly in the Power Five conferences, are often rewarded by playing in the BCS Playoff, or at least fighting for a major bowl. As we entered Week 3, there were a number of such top-tier teams that had high aspirations but exited with disheartening losses, while there are others who were pegged for huge defeats, but surprised us with crucial wins. Here is a look at how the big wins and losses affected the nation, shaping up the theme of best teams in the nation. FYI, these are not power rankings, but rather a randomized look at the best teams in the country as we enter Week 4. 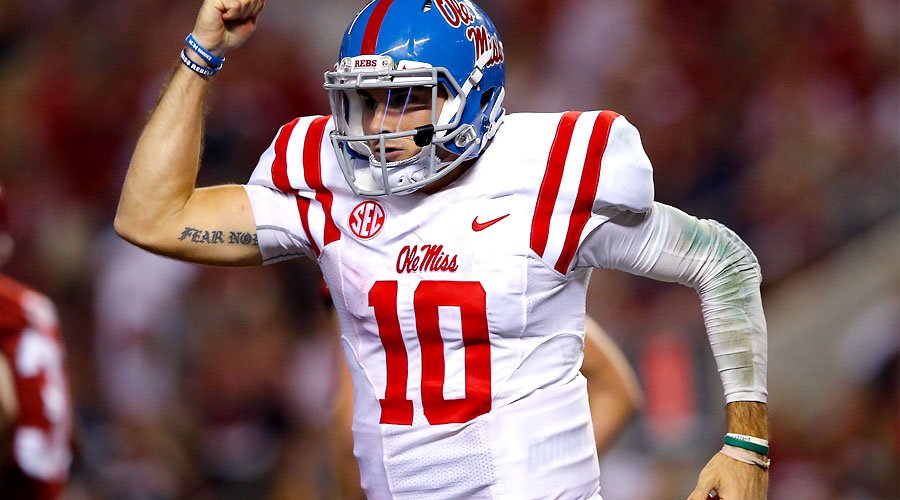 How about that for a statement win? And what about that boy, Chad Kelly, doing better than his predecessor Bo Wallace and outplaying Jake Coker and the Crimson Tide in Tuscaloosa? The Mississippi-Alabama game was everything it was billed to be—tense, calculative, and full of drama. And in the end, it was the Rebels who earned the plaudits, while the Tide had to settle for second-best (read that last) in the game. Big congratulations to Kelly and his offense and, of course, Robert Nkemdiche and his stalwarts in the defense for the big road performance and owning the then No. 2 team in the country.

After 3 games, @OleMissFB is tied for the third-most points in FBS history (192). #HottyToddy http://t.co/jkdIuDiP87 pic.twitter.com/Sl9DAL3zGh 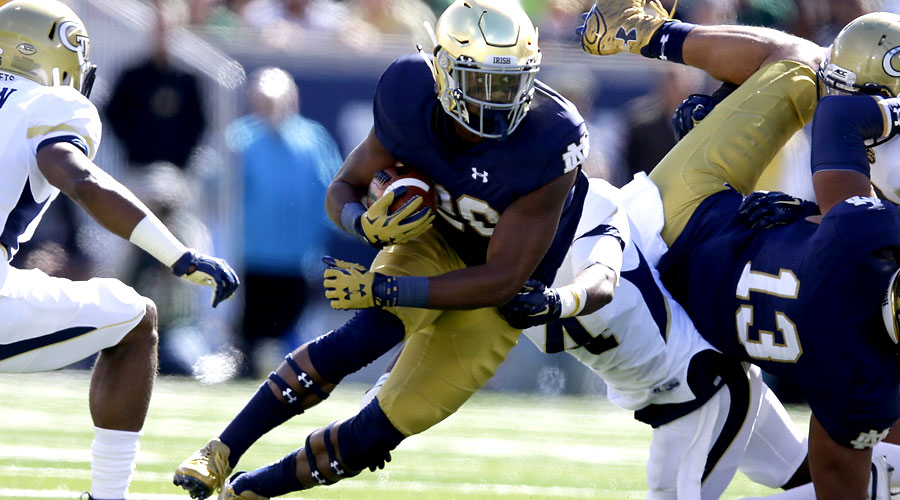 You’ve gotta give it to the Fighting Irish for not letting their season derail this early without a fight. After losing star running back Tarean Folston to a season-ending torn ACL injury in Week 1, starting QB Malik Zaire also went down for the season with a fractured ankle in Week 2. Three weeks into the season, Notre Dame is 3-0, running back C.J. Prosise is filling up really well for Folston, and backup QB DeShone Kizer came in for Zaire against Virginia in Week 2 and led his team to victory. He then assumed starting duties in Week 3 and led the Irish past the Georgia Tech Yellow Jackets and their high-powered offense that outscored its first two opponents, 134-16. At this rate, it’s going to take something really special to beat or derail this Irish team that is Fighting zealously for its season like it’s a world beer-drinking contest. 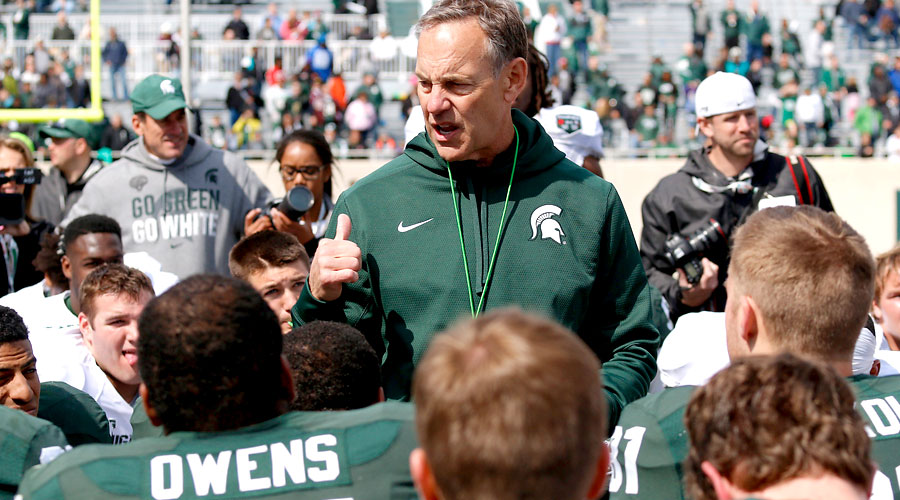 Having allowed more than 20 points in each of their first three contests and not scored more than 37 points in all those games, it almost looks like the Spartans don’t care about winning big or impressing the nation with blowouts wins and all. But when you consider that one of those wins came against 2015 National Championship finalists, the Oregon Ducks, and the unbeaten Spartans have done considerably better than Ohio State in the offense so far, I bet Mark Dantonio would care less about his iffy performances. Wait, he actually never cares about anything else, except winning, even if it comes by 1 controversial point. 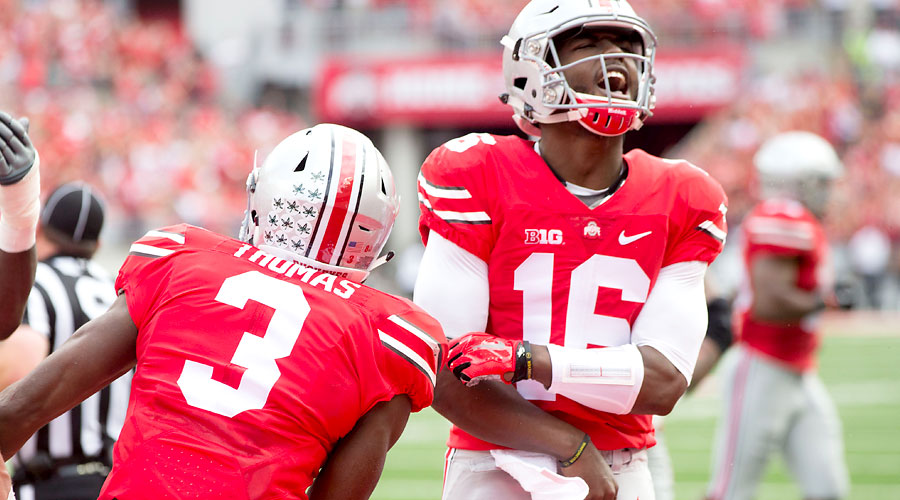 If I had it my way, I’d have Ohio State’s record at two and half wins rather than three, because the 20-13 home victory over Northern Illinois shouldn’t count as full victory. But hey, don’t tell that to the 42 first-place voters in the AP Poll and 61 first-places voters in the Coaches Poll, who still rank the Buckeyes as the best team in the country. 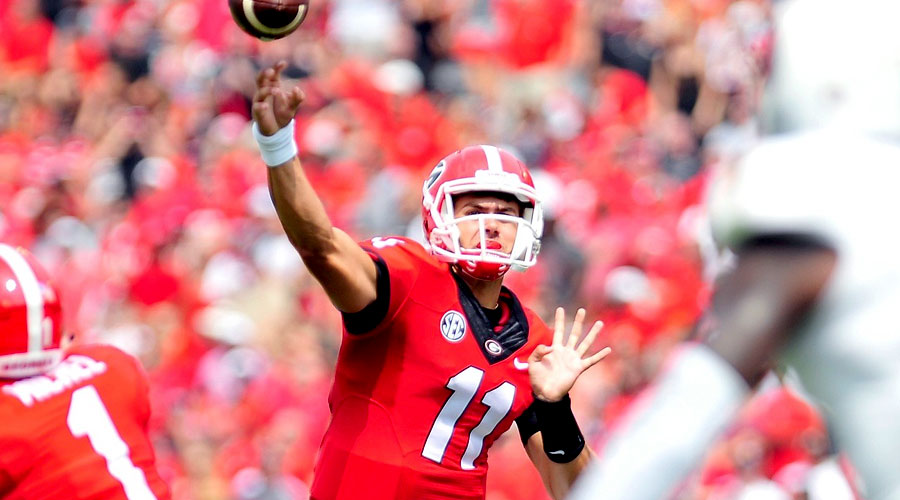 Well, well, well, look what the Gamecocks dragged into our list—the mighty Bulldogs! A record-setting day for QB Greyson Lambert, two rushing TDs from Nick Chubb, three total TDs (2 passing, 1 running) from Sony Michel, and a 52-20 blowout win over bitter divisional rivals, the South Carolina Gamecocks; that’s certainly a way to affirm your Top Dawg status in the SEC East. Let’s just hope you won’t be cowering away in your clash against Alabama in Week 5. 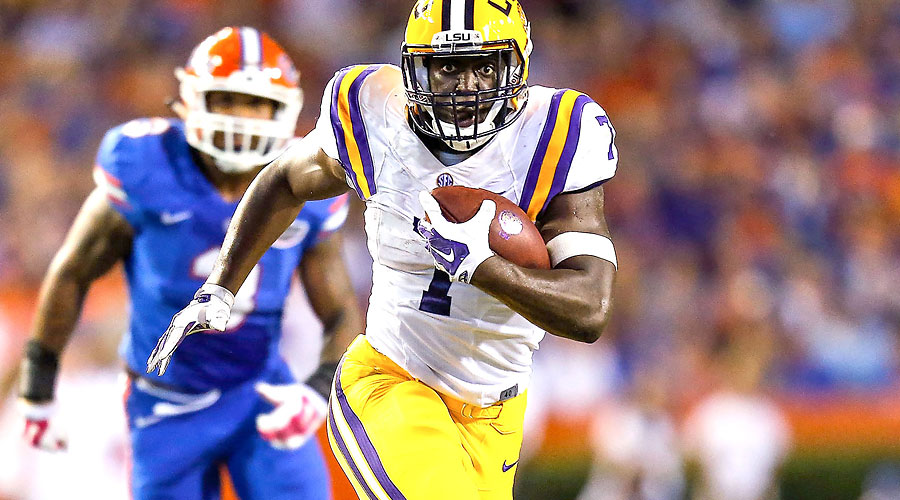 Okay, Leonard Fournette and your combined 387 rushing yards and 6 TDs on 47 carries in your two games at Mississippi State and against Auburn, we read you loud and clear. Your 228 rushing yards and 3 TDs on just 19 carries in the 45-21 win over Auburn in Week 3 practically won the game for your team, but we won’t be talking about you and Heisman Trophy now because your coach doesn’t like us to do that. Just remember to tell your QB Brandon Harris to pull up his socks—145 passing yards, 1 TD and a QB rating of 87.8 so far this season is not the kind of performance that will see you contending for championships. 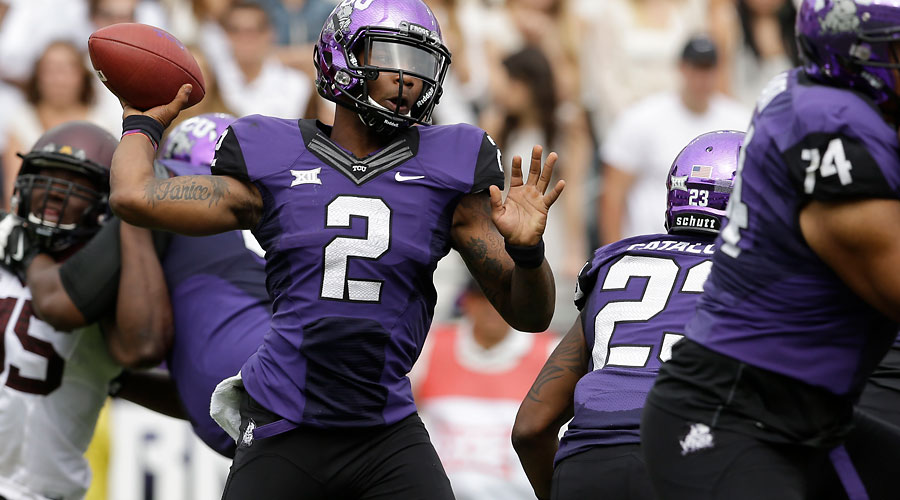 Admittedly, the Frogs probably deserved to be higher on this list after Trevone Boykin splendidly passed 21-of-30 for 454 yards and five passing TDs, along with an additional running TD to earn the Frogs a 56-37 win. However, my worry is in the manner in which they sometimes struggled against SMU and allowed them back to the game, including the 20 consecutive points scored by SMU to trail the game 42-37 with 8:20 left. Boykin, of course, helped to push the score beyond redemption, but if the Frogs are to make good value on their promise of qualifying for the BCS Playoff and claiming the National Championship, a lot of cleaning up needs to be done in the TCU house, particularly in the defense.

Baylor (2-0): Was on a bye in Week 3UCLA (3-0): Escaped the onslaught from a REALLY good and determined BYU teamClemson (3-0): Beating Louisville doesn’t count much these days, but you are unbeaten so…Florida State (3-0): If only the Eagles had wings to fly in the offense, you wouldn’t be hereTexas A&M (3-0): Your rare unbeaten record speaks for your large following in TexasOklahoma (3-0): Looks like your bounce-back agenda from last year’s poor showing is on trackArizona (3-0) and Utah (3-0): Unbeaten, but yet to prove their worth against top-tier opponents