NCAA Football Betting News
In a surprising reversal, the University of Alabama at Birmingham has announced that there will indeed be football on campus in 2015, which means that they will have some presence in the NCAAF betting odds for all the coming campaign. It’s only been four months since university president Dr. Ray Watts announced that the school had opted to stop competing in football after going through a general review. The primary reason for this decision had to do with money, as $20 million of the university’s $30 million athletic budget came from student fees and university funds. A consultant found that the university’s share would jump to $40 million between now and 2019 in order for the football team to play competitively, and this is what motivated Watts to pull the plug, because that sort of increase would take university funding away from other sorts of priorities.After an outraged response from the alumni and the people of Birmingham – including calls for the firing of Dr. Watts – the university announced that there would be football after all.  But where have all of these supporters been? The team plays in a stadium that holds 72,000, but the average attendance had been under 20,000 until this past season, when the team flirted with bowl eligibility and that number hit 21,800. College sports – particularly football – are costing more and more money each year. The Big 5 conferences (in which UAB does not play) are now adding athlete stipends to show the “full cost of attendance,” which will add more than $1 million to overall costs. In order to recruit top-notch players, schools must keep facilities upgraded. The salaries of college coaches are spiraling upward as well. 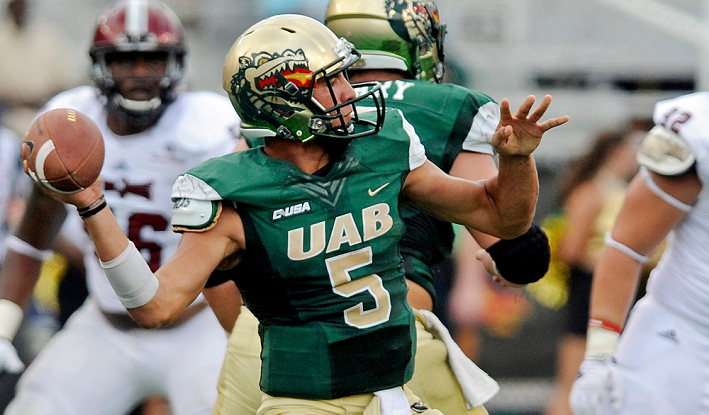 UAB competes in Conference USA, one of the second tier of conferences that have struggled to remain competitive. In the face of these rising costs, Alabama has seen state spending per student drop by 36 percent over the past seven years. Athletic department balance sheets all over the nation are showing the effects of this trend, as Eastern Michigan’s athletics were $25 million in the red in 2014. The University of Connecticut (winners of the NCAA men’s and women’s basketball titles) nonetheless had a loss of $27 million. Rutgers University was $36 million in the red. The list of schools with athletic deficits is immense. 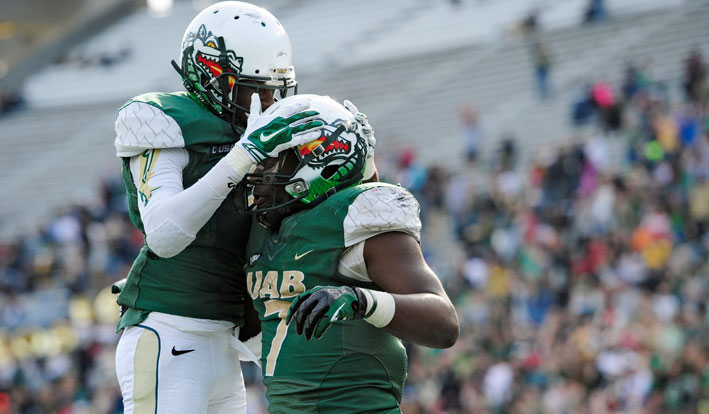 Dr. Watts was surprised by the anger that his announced closure of the football team generated. He did insist that the university would not contribute more than its current amount of $20 million to athletics. He told those interested parties that if they could find a way to fund football (as well as the rifle and bowling teams, which had also been removed), that the teams would play. The university then had a second study run, which found that the football team would need about $12 million for a new practice facility and $17.2 million between now and 2020 to provide other upgrades. 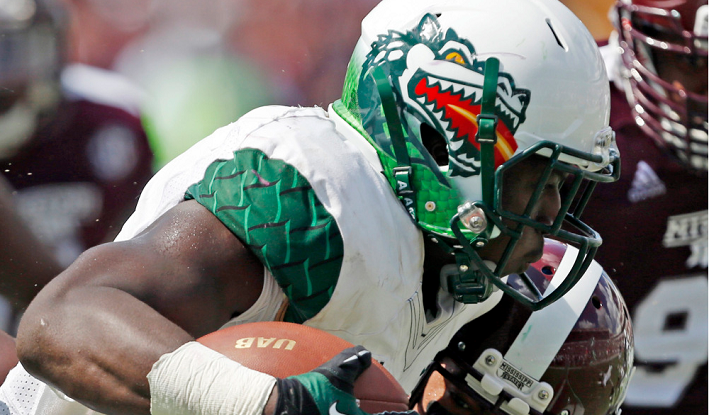 There are some who will accuse universities of crying wolf when they complain about athletic deficits, in large part because of the contributions that pour into the schools when their sports teams are doing well. No one did this in Birmingham, though. Instead, the city set about making up the difference. Corporate leaders in Birmingham pledged to pay the $17.2 million subsidy and had started raising the practice facility funds. One of the chief fundraisers, Hatton Smith with Royal Cup Coffee) explained his participation in the return of UAB football by saying that having the team playing improves the community’s quality of life. He described UAB as a school that would become a lesser university without a football team. Intriguing logic, to be sure, but the leaders are now raising the money, and football is returning to Birmingham. Sources:Uconn.edu: http://uconn.edu/Washingtonpost.com: http://www.washingtonpost.com/sports/colleges/ncaa-board-of-directors-approves-autonomy-for-big-5-conference-schools/2014/08/07/807882b4-1e58-11e4-ab7b-696c295ddfd1_story.html
Older post
Newer post