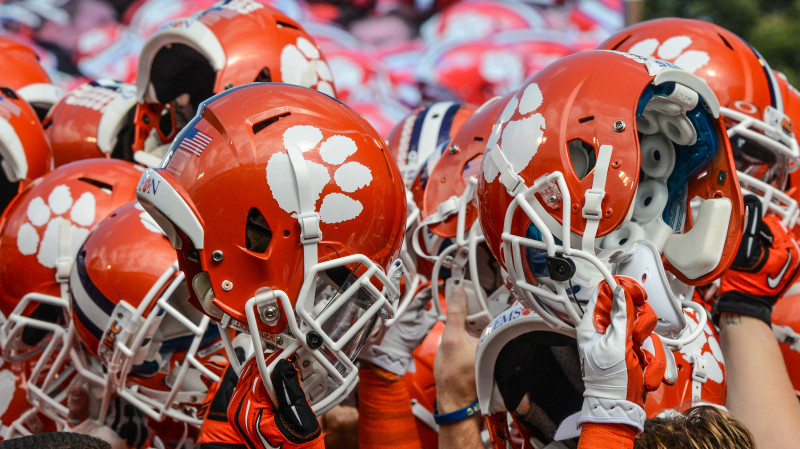 NCAA Football Betting News
After the North Carolina Tar Heels lost to the East Carolina Pirates team with video game-like scores, many North Carolina fans can’t wait for a chance for their team to wipe away the bad taste of last week’s 70-41 loss. For the Tigers, this game will also be a chance for them to get back on track after their heartbreaking loss in Tallahassee. For both teams, the stakes of winning this ACC game are high, so the bets are expected to be equally high. Below is a breakdown of the college football betting lines for this matchup.

Saying that the North Carolina Tar Heels were embarrassed in last week’s game would be an understatement. This is simply because it is the second-straight season that the Pirates have beaten them flat and square. However, Larry Fedora’s team has a chance to make amends and better their 2-1 record.To defeat the Tigers, a major overhaul of the defense is of utmost importance. If not tactically, coach Fedora needs to shuffle some players. And while at it, he should tell them the same message that led to the impressive start of the season when they were allowing just 28 points per game. This way, the team will be able to throttle the Tigers who are averaging a score 37 points per game.Offensively, the Tar Heels are averaging a score of 42.7 points, which delineates the fact that scoring is not much of a problem for them. There would, however, be no harm in adopting additional tactics like forcing turnovers and fine-tuning their pass defense game.Game Odds:NORTH CAROLINA: +14½-110CLEMSON: -14½-110This season, the Tigers are generally well-balanced attack-wise, defense-wise and in the middle of the field. Having given up 789 total yards against the Pirates shows that North Carolina’s defense can be exploited.Furthermore, in their unlucky 23-17 loss to FSU, there were many positives that the Tigers can build on. Despite replacing starting QB Cole Stoudt mid-game,  freshman QB Deshaun Watson was stunning against the Seminoles, completing 19 of 28 passes for a total of 266 yards (In fact, Clemson recently announced that Watson was named the starting QB for the game vs. the Tar Hells). Even more notably, the Tigers outgained the Seminoles 249-84 in the opening half before crumbling later in the game.So, whereas many football pundits may look at the loss in the hands of the reigning NCAA college football champions Florida State as a sign of danger, the Tigers should learn from their mistakes while work on maximizing their strengths.Simply put, the key to Clemson’s victory will be taking advantage of their chances, avoiding unnecessary defensive blunders and adopting a strong attack, both on the ground and in the air.

A 6-4 ATS record in the last 10 meetings with Clemson underlines the potential strength of the North Carolina team. By tightening a few loose screws in the team’s engine, winning can be within their reach. However, with  the bragging rights of a 59-38 win against the Tar Heels when they last met in October 2011 and a 5-2 record in the last seven home games against the North Carolina team, the Tigers should have the upper hand in Saturday’s game.
Older post
Newer post