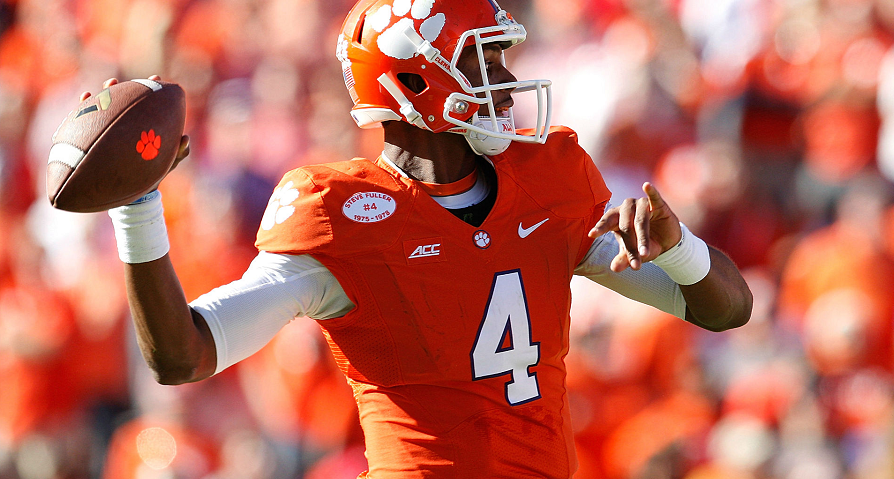 NCAA Football Betting News
Over the recent times, there has been an accentuated emphasis on arm strength and the value it brings to a quarterback’s game in college football. Of course, qualities like a player’s size, good movement in the pocket, throwing mechanics, football IQ and passing accuracy are equally important in measuring the value of a QB in college football or the NFL.But having all such qualities minus strong arms means that your team has to forget about heaving passes downfield, which is often important in games that need the QB to throw Hail Mary passes, put the ball on a long rope to the sideline, or squeezing long throws it into tight coverages. That said, here are the signal callers that will rock the 2015 college football betting season and lay a claim on having the strongest arms:

For a man who is yet to make his mark in the college football lines as a starter, Coker does have a big reputation preceding him. Last year, Alabama receiver Christion Jones said “He’s got a cannon,” while FSU quarterback coach Randy Sanders told CBS Sports that he has “never had anybody with [Coker’s] size who throws it as well as he does.” With the praises continuing to pile up this offseason, it will be interesting to see if Coker is worth the hype in 2015, especially if he can win the starting job as Tide’s main signal caller for the new season. 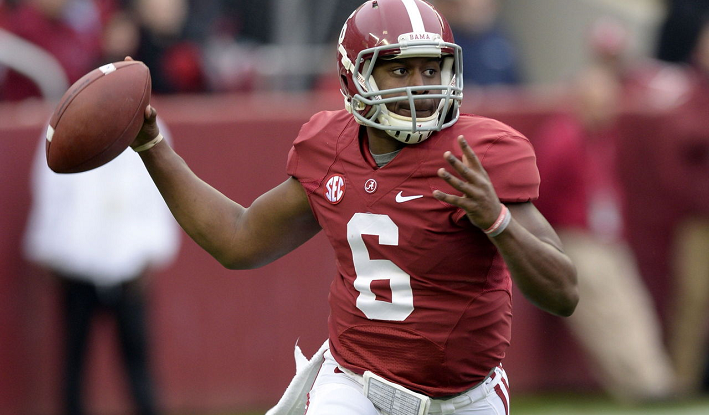 Despite his small stature, Adams had a highly successful FCS career, thanks to his stellar skills as a dual-threat quarterback. According to many analysts, Adams is likely to be a glove-like fit to Oregon’s system that helped Marcus Mariota become the best dual-threat QB in the nation last year. Considering the video game sort-of numbers he posted at Eastern Washington, including a career-best throw of 86 yards in 2013, it wouldn’t be a surprise if Adams becomes an instant success for the Ducks. 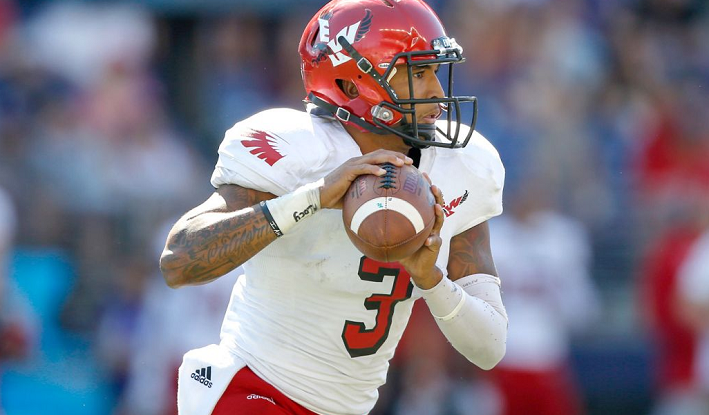 Forget about journeyman Taylor Kelly, Bercovici is the real deal! With a total of 1,243 passing yards and 9 TDs against just two interceptions in three starts last season, you wouldn’t need a calculator to figure out that the majority of Bercovici’s throws from last year were deep and accurate passes. And with him at the starting role in Arizona’s center in 2015, we should be seeing more of Bercovici and his deep passes. 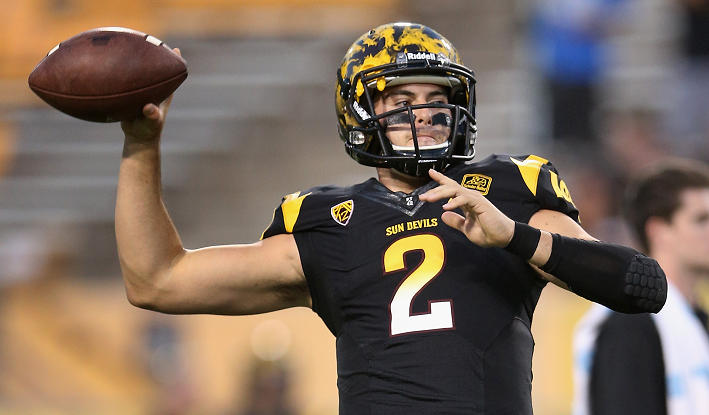 Though his efficiency has often been hindered by accuracy issues, there is no question that Prescott ranks up there, as far as strong arms are concerned. If he can tune-up his game such that he is able to balance strength, velocity and accuracy in his throws, and then combine all that with his above-average running game, Prescott could be real sensation this year. 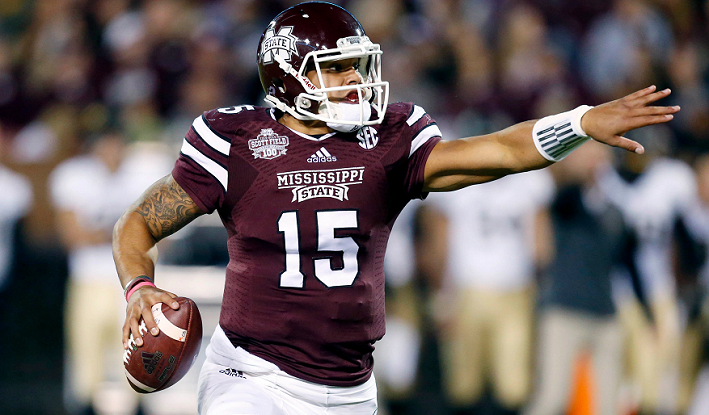 With a longstanding reputation as a gunslinger, Mauk is no newbie to the list of strong-arm passers. A good number of SEC teams can duly attest to his throwing skills, which ostensibly makes him the best passer in the SEC. 2015 will be a tough year, as Missouri lost a good number of its dependable O-line player, but with the reputation he’s built over the years, we should still be able to witness some magic from the 6-foot-1 QB. 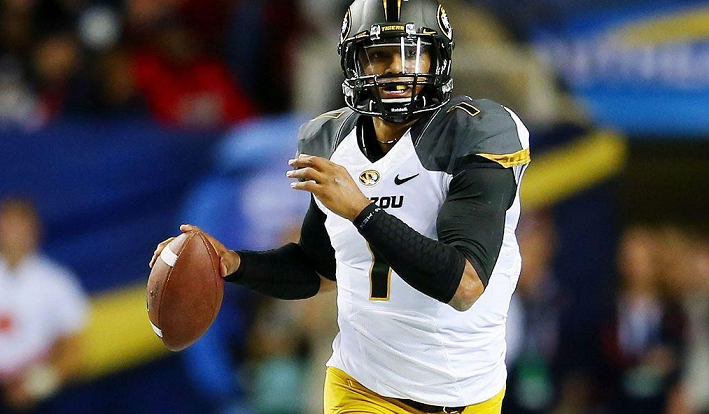 After leading the Big 10 with 3,214 passing yards in 2014, Cook is back to wreak havoc once again, with his big arms being his most prized possession. Already, some NFL pundits are comparing him with NFL’s Carson Palmer, while others consider him as the QB to watch in 2015. Either the hype about him is simply being exaggerated, or he is really that good. 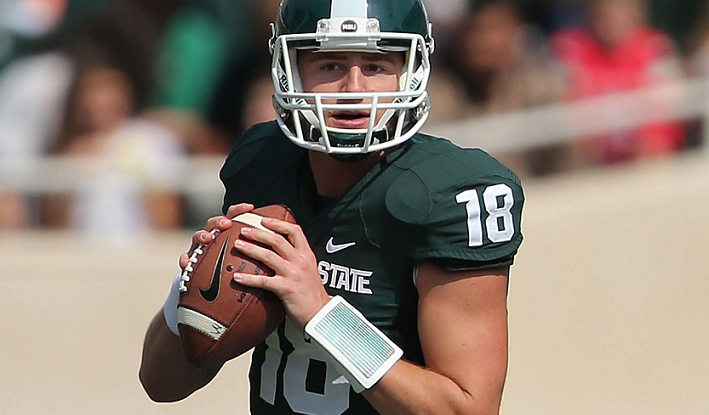 Here is a name you are quite familiar with. Besides his much-praised playmaking abilities, Watson is player who has the ability to cannon deep throws from the wide areas just in the same way he is comfortable with launching missiles from the center. And above everything, his solid running skills come as an added advantage, often helping him to generate power on his throws when he is on the run. Unfortunately for him, he’ll be operating in a questionable O-line that lost star left tackle Isaiah Battle, which could limit his overall efficiency. 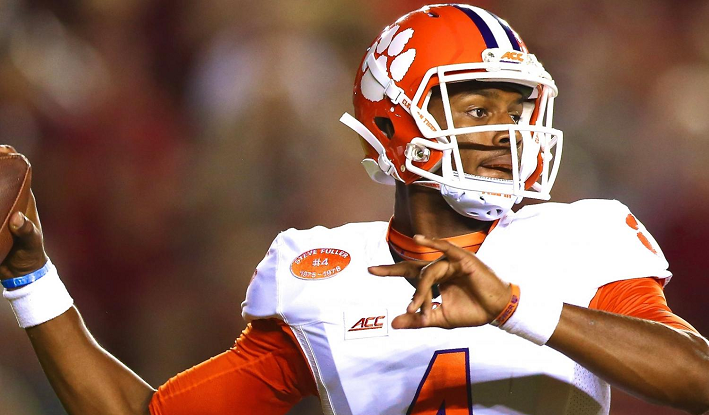 His sophomore year in 2014 was far from impressive, partly because he operated in a protection-less offensive line. If he can rebound in 2015 as projected under the improved Nittany Lions O-line, be sure that you’ll witness some solid deep throws from Hackenberg, whose recruitment to Penn State was largely based on his skills as a strong-armed passer. 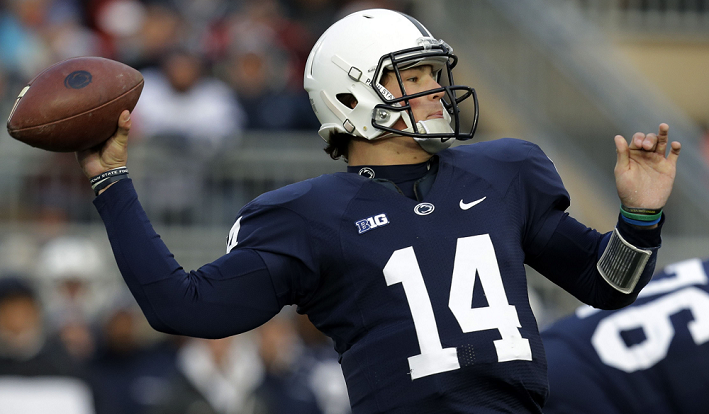 Boykin is arguably the best QB in college football right now, boasting of solid athleticism, strong arms and great accuracy, all which he often showcases in every game. And unlike other players on this list, Boykin boasts of consistency and great football IQ, which makes it easy for him to meticulously balance between launching long bombs and short grenades. Looking for one word to describe the Heisman frontrunner, explosive would be a perfect fit for him. 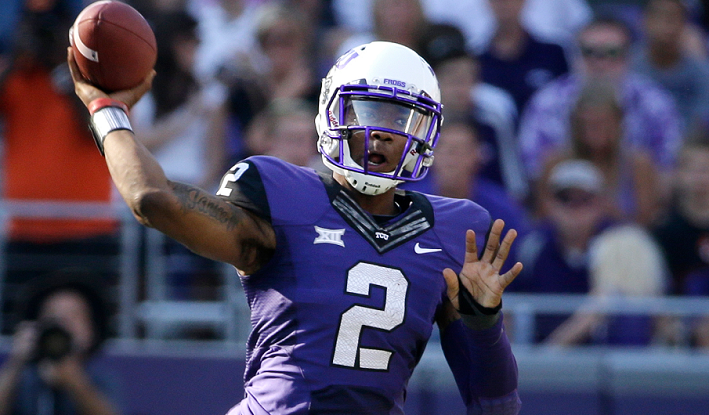 In his famous three starts last season, Jones averaged at least 10 yards per attempt in two games, constantly using his strong arms to open up defenses with pro-like ease. In fact, it is reported that, over a half-time competition in Ohio State’s spring games, Jones flaunted his strong arms by cannoning a 74-yarder. It is no wonder NFL scouts have been all over him. 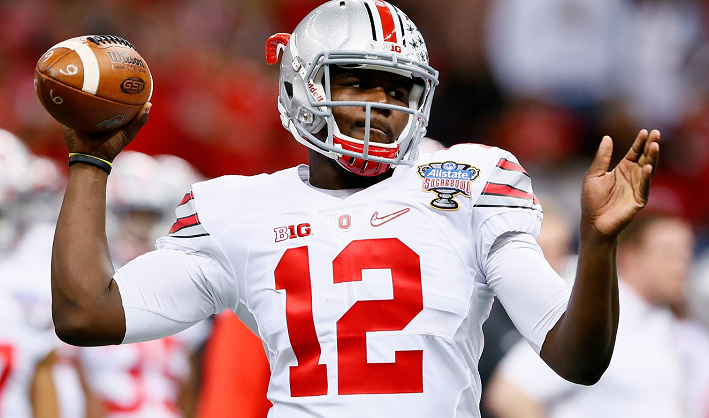