NCAA Football Betting News
Positive vibes are unguardedly flowing through final stretch of the offseason, as college football teams prepare for the start of the 2015 NCAAF betting season. Typically, there are many story exaggerations and heightened expectations regarding the new season and how various players will perform or influence the college football odds. For all we know, some of the hot prospects will fail, as has been the case in the previous years, or some unfortunate injury will stand in the way of some player’s success.Still, assuming players maintain their form from the past years and avoid any major injuries, here are the top college football seniors to watch out for in 2015, ranked based on positions, rather than talent. 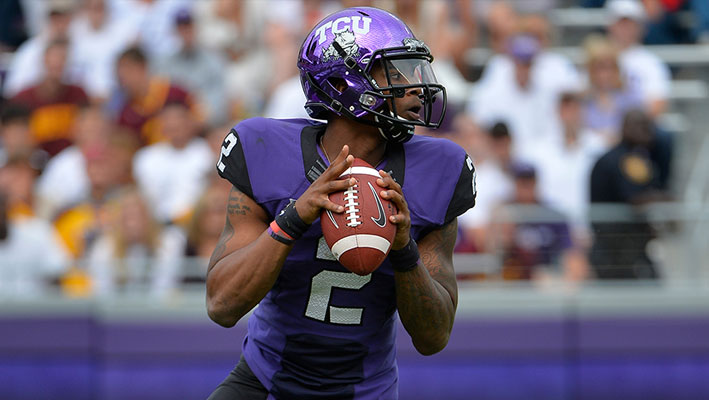 A Heisman Trophy favorite and that boasts of speed and strong arms that allows him to make solid plays both in the air and on the ground. He is coming off a solid year that saw him complete a combined total yards of 4,661 total plus 42 total TDs, and if he can stay healthy, 2015 will definitely be a huge year for him. TCU is also the second favorite team on college championship odds at +550. 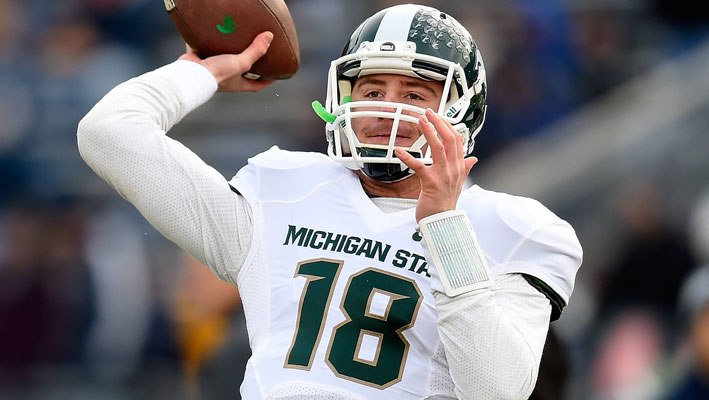 Over the past two seasons, Cook has thrown for nearly 6,000 yards, tossed for 46 TDs against just 14 interceptions and has led the Spartans to 24 wins, making him a red-hot player and intriguing candidate to watch in Michigan State’s well-oiled offense this year. 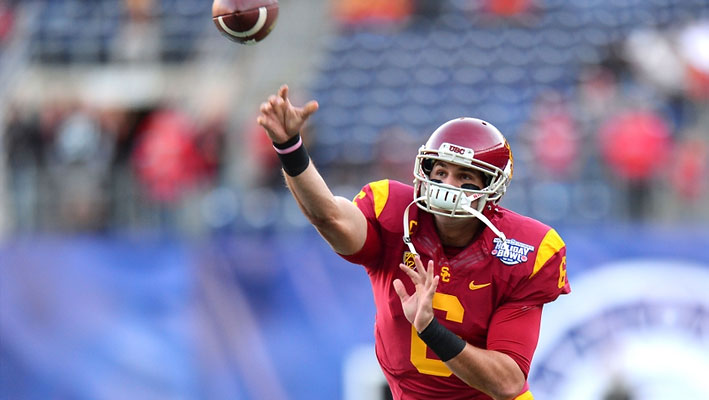 Apart from tying Matt Barkley’s school record of 39 touchdowns in 2014, Kessler proved to be a very accurate passer, as he hauled 452 pass attempts for 3,826 yards against just five receptions. With a solid USC recruiting class in 2015 and a great coach leading him, Kessler could be on pace for 4,000-plus passing yards with 40 passing TDs, en route to a Heisman-worthy year and Pac-12 title for the Trojans. 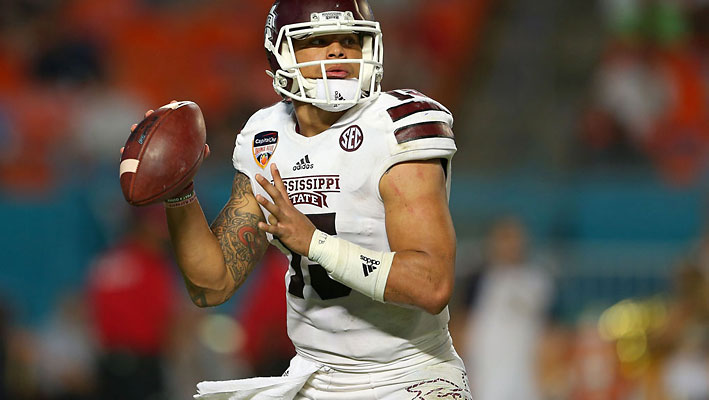 In his first 9 games last year, Prescott led the Bulldogs to a school-best record of 9-0 start, endearing himself to voters as a Heisman favorite. Unfortunately, the Bulldogs failed to maintain consistency down the stretch, leading to a disappointing finish. Still, with a whopping average of 341.2 total yards per game, 4,435 yards of total offense (3,449 of those yards coming through the air) and 42 total TDs (including 27 passing scores), it’s hard to dispute that the 2014 No. 8 Heisman Finalist didn’t have a good year. In fact, if the Bulldogs can maintain focus and play their hearts out in 2014, Prescott should be due for another big year in 2015. 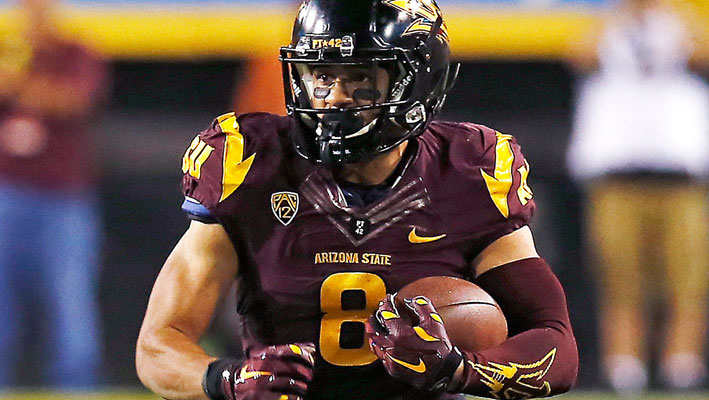 After leading Arizona State in rushing with 1,081 yards and nine TDs, Foster is coming into 2015 as the Sun Devils’ top offensive target, hoping to alleviate the loss of WR Jaelen Strong (to the NFL) and WR Cameron Smith (to a season-ending injury). Foster currently ranks fifth-best in the school’s career receptions with 163, so he will also be motivated to have a strong season, as he seeks to break Derek Hagan’s record of 258. 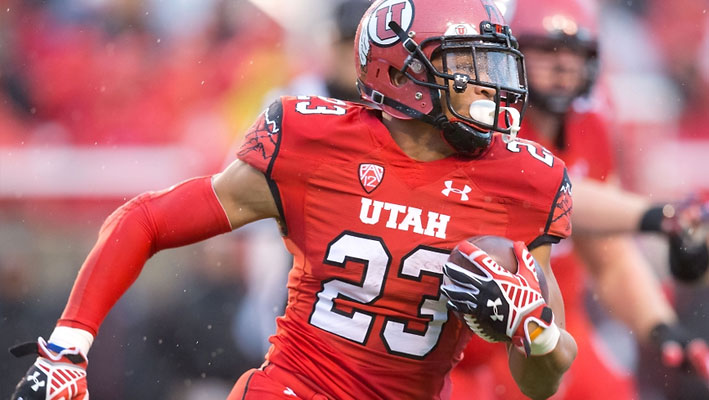 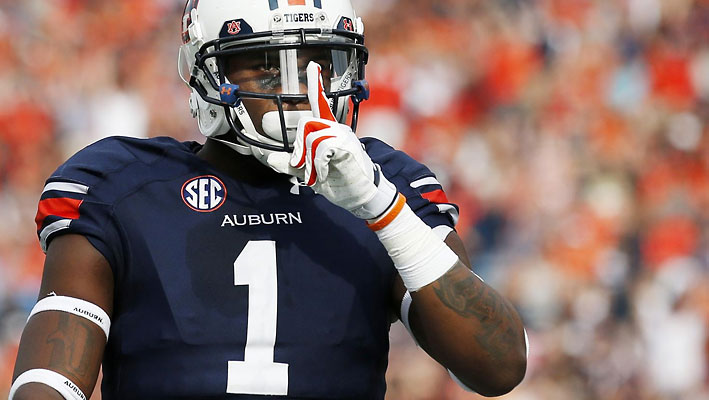 Though he was limited to just 10 games because of injury concerns and a suspension kept him out of Auburn’s bowl game., Williams showed enough talent, as he caught 47 passes for 730 yards and five TDs. Benefiting from the return of his quarterback Jeremy Johnson and the absence of WR Sammie Coates, Williams will be the No. 1 target in Auburn, which should see him record more scores and yards in 2015. 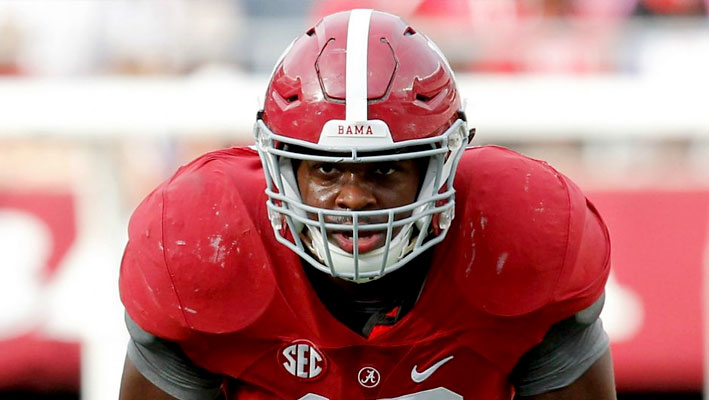 At 6-foot-2 and 254 lbs, it is easy to understand why Ragland is often referred to as the centerpiece of Alabama’s feared front seven. Last year, he racked up 95 tackles and 10.5 tackles for loss, and entering 2015, he is placed by NFLDraftScout as the top-rated inside linebacker in his senior class, underlining his superior talent. 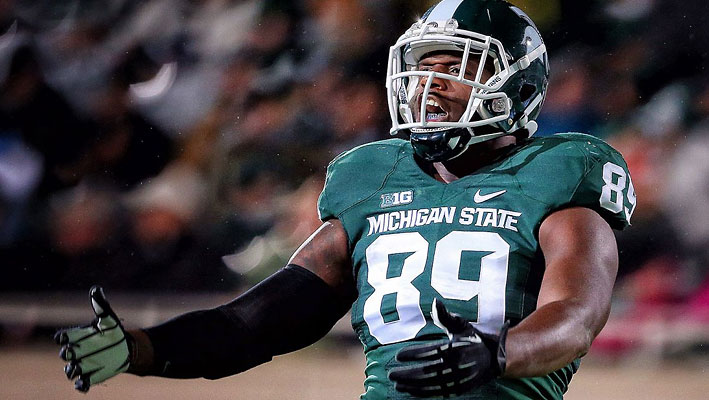 With 15.5 sacks and 26.5 tackles for loss over his past two seasons, the ceiling couldn’t be any higher for the 6-foot-5, 256-pound Calhoun, who will be operating in Michigan State’s talent-laden defense that is likely to encourage his continued efficiency as a senior. 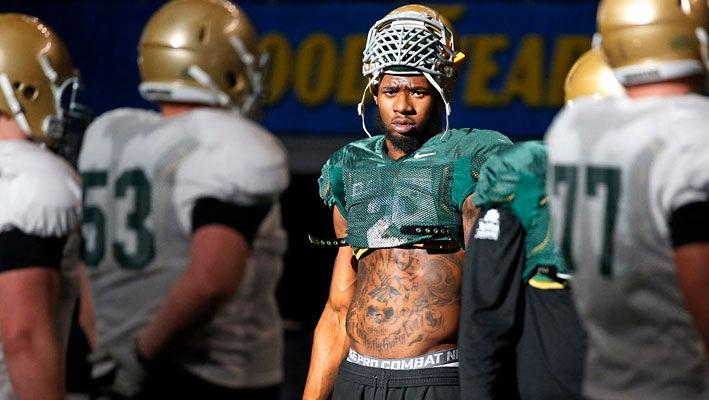 Arguably the best edge-rusher in his class, the 6-foot-9, 280-pound beast-cum-human in Oakman is going to be a scary dude to face this year. In 2014, he not only posted 11 sacks, but he also collected 19.5 tackles for loss, forced three fumbles and broke up three passes, putting up an all-rounded All-Star defensive performance for the Bears. Looking for someone to mess with in 2015? This DE is certainly not one of them. 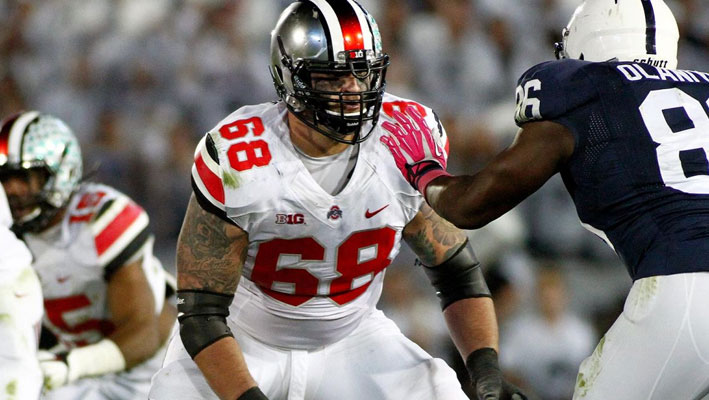 A true physical specimen checking in at 6-foot-8 and 315 pounds, Decker is projected as a top-5 pick in the 2016 NFL Draft, going by his solid showing in 2014, which is predicted to carry on in 2015 as he features strongly for the Bucks. 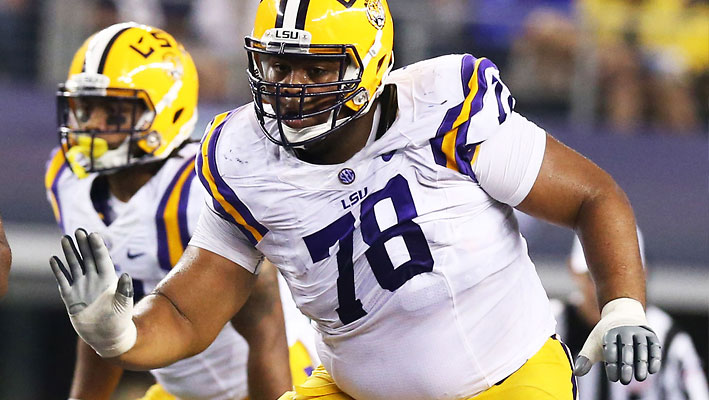 A no-nonsense 6-foot-6, 320-pound guy who can double up as a guard and offensive tackle, Vadal Alexander was a breath of fresh air in LSU’s squad last year, as he only started the last seven games of his freshman campaign at right tackle, but did enough to earn the Freshman All-American honors. With his solid length, freakish strength, and excellent footwork, a good season should be in the offing for Alexander, as he seeks to vindicate the many projections about him being a first-round pick in the 2016 NFL draft.SourcesNFLDraftScout.com (http://www.nfldraftscout.com/ratings/dsprofile.php?pyid=124839&draftyear=2016&genpos=ILB)Yahoo.com (http://sports.yahoo.com/byu/football/recruiting/player-Vadal-Alexander-108515)
Older post
Newer post