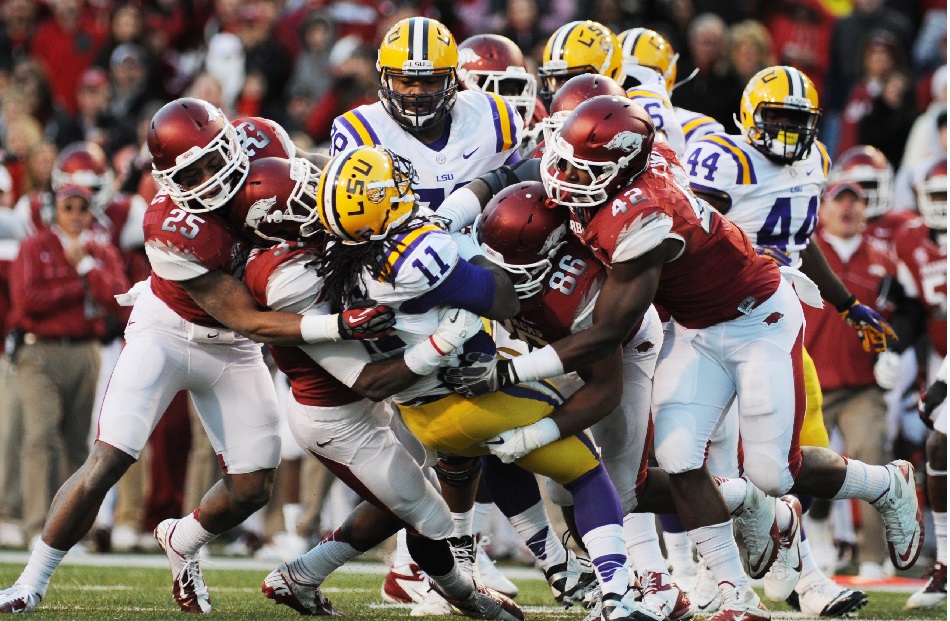 NCAA Football Betting News
The NCAAF season is starting to wind down, but there are still plenty of big games to be played as team jockey for position. Only 4 can make it into the first ever college football playoff, but many more are still looking ahead to division wins, conference championship games, and potentially lucrative bowl games. The early college football lines have just been released, so let’s take a look at three games that might get a lot of betting attention.

Date/Time: Saturday, November 22, 3:30 PMLocation: Reynolds Razorback Stadium, Fayetteville, ArkansasGame Odds:MISSISSIPPI: -3-110ARKANSAS: +3-110One of the games that jumps right of the schedule sees Ole Miss make a very difficult road trip to Arkansas. Ole Miss looked like one of the teams to beat earlier in the season before going off the rails with back to back losses to LSU and Auburn. Not only did that effectively kill their chances at a playoff spot, it also put a major dent in them even making it to the SEC Championship games. They picked up a comfortable win against Presbyterian last week, but things are going to be a whole lot different against the Razorbacks. Arkansas have played it tough all year, and just ended a 17 game skid against LSU. This looks to be a tight one, and the 3-point line in favor of Ole Miss reflects that. 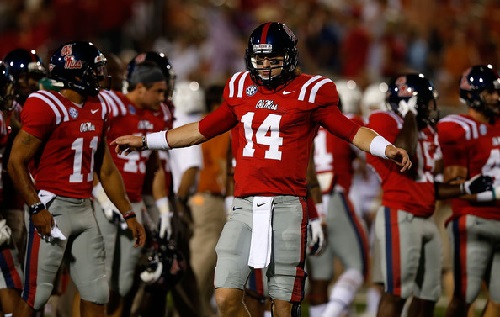 Date/Time: Saturday, November 22, 7:30 PMLocation: McLane Stadium, Waco, TexasGame Odds:OKLAHOMA STATE: +27-110BAYLOR: -27-110The Baylor Bears had a bye last weekend, but they must have been delighted at the results of the games that were played. They are sitting just outside the top 4 right now, but their chances of getting in increased with Mississippi State going down and TCU struggling to win. Baylor are going to have to put on a show if they want to crack that playoff spot, and they can start to make a case this weekend when they take on Oklahoma State. As much as Baylor have been keeping the scoreboard gut busy all year, the 26-point line that they have to overcome is a big one. Oklahoma State are more competitive than their 5-5 record suggests, so that line looks pretty big right now. 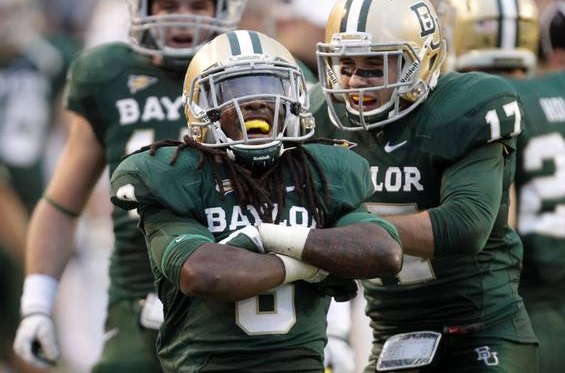 Date/Time: Saturday, November 22, 8:00 PMLocation: Rose Bowl, Pasadena, CaliforniaGame Odds:USC: +3-110UCLA: -3-110One of the late games this coming Saturday looks like it might be a good one, as the USC Trojans take on their in state rivals UCLA. Both teams are in pretty good form at the moment, with UCLA winning 4 straight, and USC taking 4 out of their last 5. UCLA has had the upper hand on their rivals in the past couple of seasons, but if you look a little further back, you’ll see that this series is pretty much split down the middle. This promises to be a close-fought affair in a game that the Bruins are favored by just 3 points. 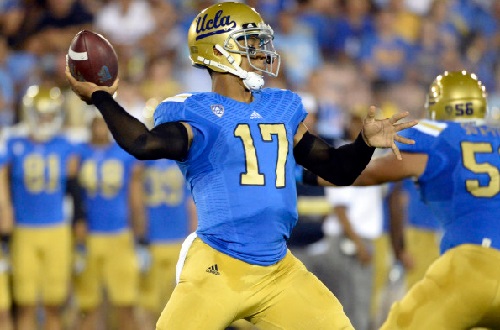