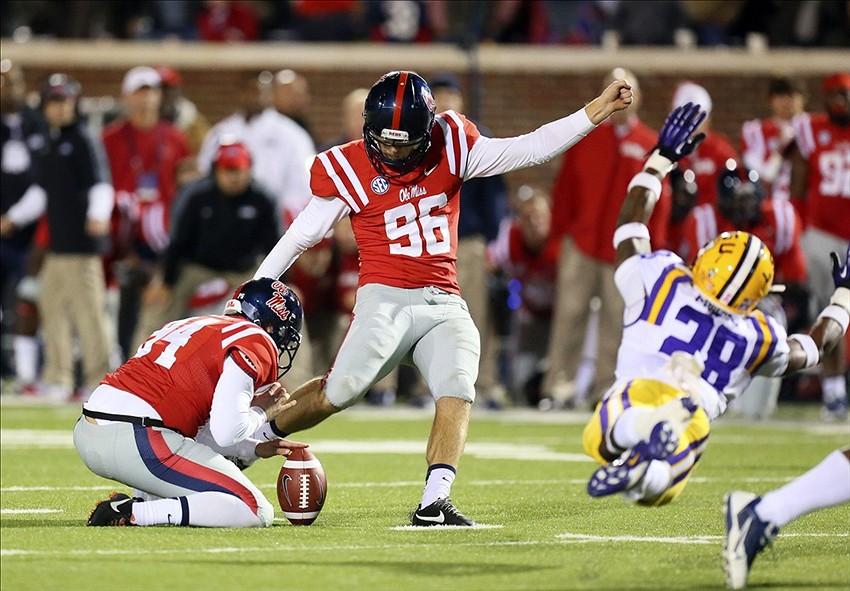 NCAA Football Betting News
After another exciting round of college football betting action filled with upsets and close calls, we look forward to week 9 of the NCAA football season, where we expect to see some more exciting games and many surprises. The calendar is packed, but we have picked 5 games that we think offer more excitement and the closest action. So here is a look at the top 5 games for week 9.

The Rebels have climbed up to #3 in the nation, thanks to their stingy defense, which allows opponents to score only 10.6 points per game. They have defeated then #3 Alabama, and then #14, Texas A&M in consecutive weeks, and entered the top 5 for the first time since 2009, and will be looking for their second straight victory against the Tigers.LSU came into the season with championship aspirations, but have fallen out of the conversation due to their two losses. They played very well against a Mississippi State team that is currently ranked #1 in the country, but were blown out on the road by then #5 Auburn, two weeks later. They have won two straight games since their loss to Auburn, and will provide a very tough test for Ole Miss.

This game looks like a mismatch on paper, but it is a very intense rivalry game where either team’s record usually doesn’t matter. The Wolverines are in the midst of one of their worst seasons in a very long time, they ended a three game losing streak with an impressive win over Penn State. Michigan has no chance of making a major bowl game, but will love to play spoiler against their rivals, who still stands a chance to make the playoffs.The Spartans are currently #8 in the rankings, and have a good chance of moving into the top 5 because some of the teams in the top 5 still have to play each other, and the Spartans only have one ranked team left on their schedule. They have won five of their last six games against Michigan, and will try to win their sixth game in seven tries against the Spartans on Saturday.

The Scarlet Knights have played well in their first season as a member of the Big Ten, they started the season 5-1, but got dominated by the 13th ranked Ohio State Buckeyes when they played on Saturday. They will be playing Nebraska for the first time since 1920, and will try to get into the top 25 with a win. The Cornhuskers have a good chance of making it to the Big Ten championship game, they are tied with Minnesota at 6-1, but are a game behind them in conference play, and have a game against them in three weeks. They cannot afford to lose to Rutgers if they want to make it to the championship game.

The Mountaineers are back in the top 25 after an impressive win over then #4 Baylor on Saturday, they have played very well this season, and almost had upset wins over Oklahoma and Alabama, so they are going to be a tough match for the Cowboys. Oklahoma State also played very well in their first game of the season against Florida State, but couldn’t get the victory over the defending champions. They reeled off five straight wins and were ranked #15 in the country, before getting blown out by 12th ranked TCU on Saturday.

The Trojans have been inconsistent this season, they had good wins over the two ranked teams that they faced this season, but dropped games they should have won against unranked opponents. Even with the two losses, they are ranked 20th in the country, and are on top of the Pac-12 South division, and they will be trying to make it to the conference championship game. The Utes are a surprisingly good team this season, and would still be undefeated if they hadn’t lost to Washington State by 1 point. They have a victory over UCLA, which was ranked #8 at the time, and will be trying to end their three game losing streak to the Trojans.There’s plenty of action set for this week, starting with the Arkansas State vs Lafayette game on Tuesday Night, so get ready for a high dose of college football. Odds and lines for week 9 are already available at MyBookie.ag, so stay tuned.
Older post
Newer post