NCAA Football Betting News
With all the offseason college football betting talks about roster changes, possible player transfers, promising recruits, coaching changes and injury concerns, it was just a matter of time before we ranked the top teams in the nation for NCAAF betting fans. And now that we have our rankings, which are based on all the offseason developments in the league as of June 2015, let’s jump to the standings and see what we have for you.

With three All-Star caliber quarterbacks in Ohio, a beast of a running back in Ezekiel Elliot, and the best coach in the country in Urban Meyer, the Buckeyes are easily the best football team in the nation. 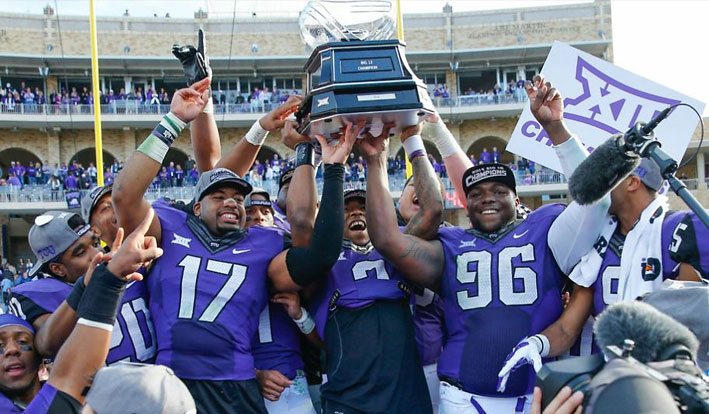 The Frogs are far from a one-man team, but it would be sacrilegious not to say that TCU’s recent dominance in the league has been because of their Heisman contending quarterback Trevone Boykin. Coming off a monster season where he exploded for 4,661 total yards and 42 total touchdowns (3,901 yards and 33 TDs of those coming from his strong arms), Boykin is bound to have another solid season. Not to mention, most of TCU’s starters are returning in 2015, while the there is a lot of motivation in the team after they had a commendable 12-1, including a 42-3 rout over Ole Miss in the Peach Bowl. 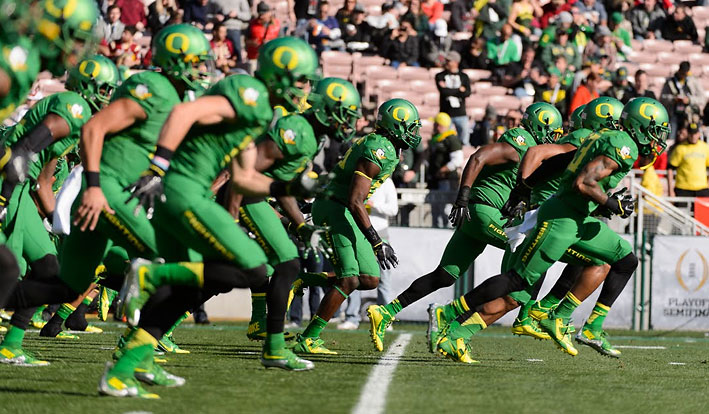 Forget Marcus Mariota, there is a new kid on the block called Vernon Adam, and from his ridiculous numbers at EWU, he could be an upgrade to his predecessor. In his three years at Eastern Washington, Adam was in video-game mode, throwing for a whopping 10,438 yards, rushing for 1,232 yards and collecting a total of 121 touchdowns. Meanwhile, Oregon has a fair 2015 strength of schedule (facing opponents with a combined record of 82-70, 53.95 winning percentage), while the team is guaranteed of getting help from last year’s returning starters, including the receiving corps and running backs that made Mariota a success story. Add all that up, you get a surefire recipe for success in Oregon. 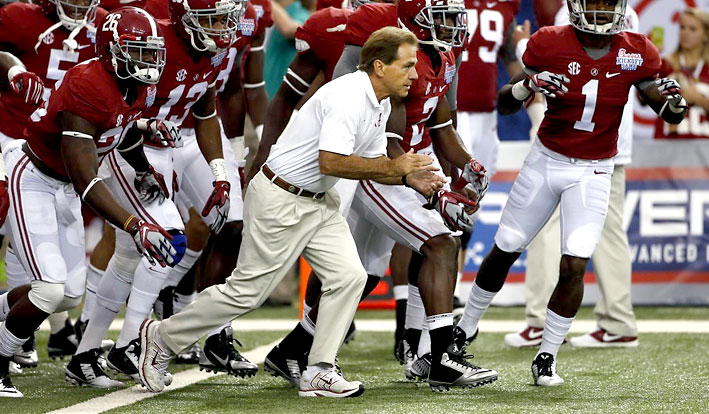 The Crimson Tide have made some good enough additions in the team to replace their standout star receiver Amari Cooper. However, Nick Saban is yet to find a formidable option at the center, with his current options (Jacob Coker, David Cornwell, Alec Morris and Blake Barnett) looking too average to deliver the type of number QB Blake Sims gave last year before declaring for the NFL draft. So, although I trust Saban to continue with his streaking record of double-digit wins in all his last seven season, the concerns about the center could limit their competitiveness. 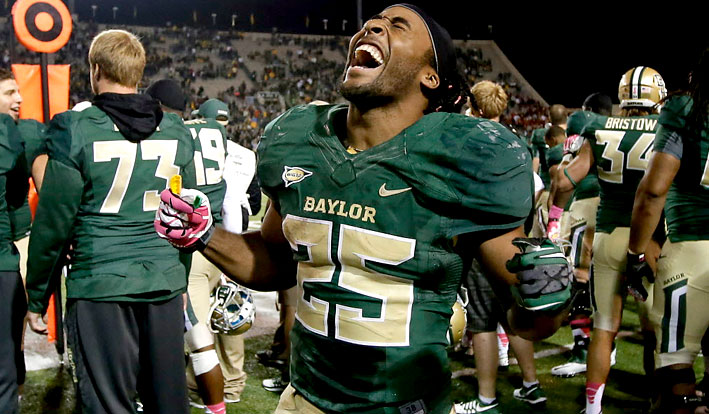 With 18 of their 22 starters returning in 2015, the Bears shouldn’t be able to struggle in seeking another solid season. As a concerning factor, though, the Bears will be without their All-Big 12 quarterback Bryce Petty, so maintaining their solid offensive numbers won’t be as easy. Even so, the presence of Outland Trophy semifinalist Spencer Drango and All-American defensive end Shawn Oakman should surely help whoever takes at the center. 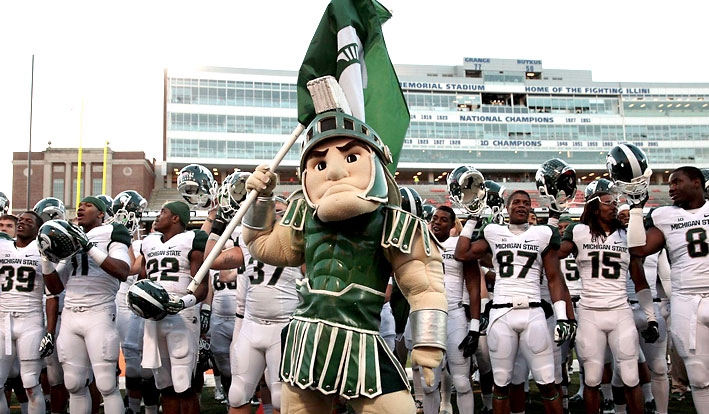 Outside Ohio State (and maybe Wisconsin), the Spartans have been the team to beat in the Big 10. Returning with a healthy number of starters, 2015 should be another good year for Michigan State. Winning the 2014-15 Rose Bowl for the first time in over 20 years will particularly be a motivation for Coach Mark Dantonio’s boys to be among the best teams in the country. 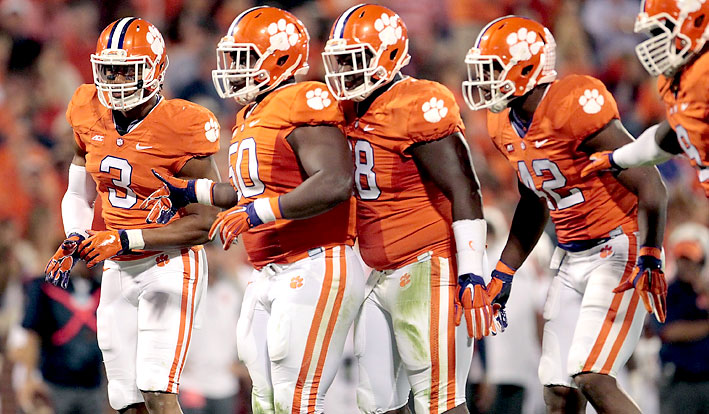 Sorry FSU fans, without Jameis Winston, you don’t look as appealing as you did last year and the year before that. Led by Coach Dabo Swinney, who is streaking with four back-to-back seasons of double-digit wins, the Tigers should be a team to watch in 2015. As a matter of fact, after disposing LSU, Ohio State and Oklahoma in their recent bowl games, it wouldn’t be a surprise if the Tigers crack up the rankings to finish the 2015 season in the Top-5 national standings. Did I mention that quarterback extraordinaire Deshaun Watson is returning with two of ACC’s finest receiving corps in Mike Williams and Artavis Scott? Oh, yeah, there is that too!SourcesOhioStateBuckeyes.com (http://www.ohiostatebuckeyes.com/sports/m-footbl/mtt/ezekiel_elliott_854123.html)ClemsonTigers.com (http://www.clemsontigers.com/ViewArticle.dbml?ATCLID=205529394)
Older post
Newer post