NCAA Football Betting News
After watching Ohio State win the 2015 National Championship by beating out a pair of higher-seeded favorites in the first-ever BCS playoff format, gamblers need to know all about the college football betting favorites and legitimate contenders to bring home the championship hardware in 2016.Thanks to the expert analysis you’re going to get on the teams with the best chances of winning it all this coming season, you’re going to have a great idea of which teams to wager on, either against their season-long futures odds or in their respective weekly matchups.With all of that said and spring football practices soon getting underway on college campuses across the country, let’s get started.The Favorites! 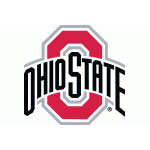 Not only did Ohio State win it all this past season, but there’s a strong possibility that the Buckeyes will be even better in 2015. Head coach Urban Meyer masterminded a recruiting class than ranked ninth in the nation and undoubtedly has the best trio of ‘starting’ quarterbacks in the country and a blossoming star in running back Ezekiel Elliott. 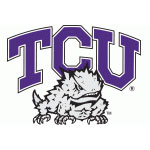 I thought TCU (12-1) got robbed out of a berth in last season’s inaugural four-team playoff, but I’m also a big believer that the Horned Frogs will once again be right back in the hunt for a berth in this coming season’s playoff, thanks mostly to the often jaw-dropping play of quarterback Trevone Boykin. The dual-threat signal-caller led the nation’s second-highest scoring offense (46.5 ppg) last season as a junior, throwing for 3,901 yards and 33 touchdowns while adding 707 rushing yards and eight more scores. 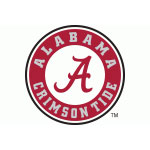 Alabama (12-2) may have gotten knocked out of the BCS playoff before ever reaching the national title tilt, but the Crimson Tide had the nation’s second best recruiting class behind only USC. Nick Saban however, has to come up with a replacements for Amari Cooper and both of last season’s starting safeties, not to mention the fact that quarterback Blake Sims could lose his starting job to Florida State transfer Jake Coker. 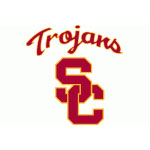 USC (9-4) fell apart late last season en route to a solid 9-4 overall record and 6-3 mark against their Pac-12 rivals, but the Trojans had the nation’s No. 1 recruiting class by signing a whopping 26 recruits rated three stars or higher, including a nation’s best, four, 5-Star recruits. 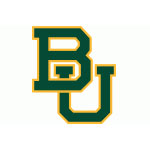 The Bears (11-2) tied TCU for the Big 12 conference crown last season, but they’ll enter the 2015 season looking to overcome the departure of strong-armed quarterback Bryce Petty. I really like head coach Art Briles, but I believe the Bears are going to be hard-pressed to put up the kind of offensive numbers they did in 2014 when they averaged a nation’s-best 48.2 points per game. 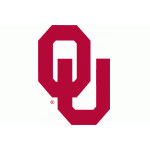 Oklahoma (8-5) was the preseason pick to win the 2014 national championship, but the Sooners floundered immensely in finishing 8-5 and closing out their campaign with a pitiful 40-6 loss to the Clemson Tigers in the Russell Athletic Bowl. A year ago, quarterback Travis Knight looked like he could be one of the best signal-callers in the country, but now…I’m not sure he’s even a starter. 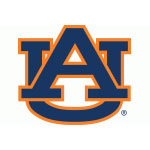 The Tigers had a down year in going 8-5 in 2014, but hope remains for one of the country’s best collegiate gridiron programs. Auburn hired former Florida head coach Will Muschamp as the team’s new defensive coordinator after the Tigers gave up a whopping 32.8 points per game against their SEC opponents last season. Auburn returns only five starters on offense and hope young quarterback Jeremy Johnson can become the start they believe he will be. 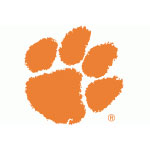 Clemson (10-3) has won at least 10 games in each of the last four seasons and will enter the 2015 season as one of the favorites to win the ACC. If athletically-gifted quarterback Deshaun Watson can return to form following ACL surgery and consistently put the ball in the hands of his skill position playmakers, the Tigers could even contend for a playoff berth, though that might be stretching it a bit right now. 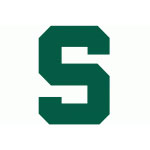 The Spartans (11-2) need to find suitable replacements for starting running back Jeremy Langford and wide receiver Tony Lippett, but they do have an outstanding quarterback in Connor Cook that will likely keep them in every game they play this coming season. The Spartans had the 22nd best recruiting class this year and will add 23 three-star recruits and seven four-star freshmen. 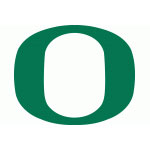 The Oregon Ducks (13-2) will be starting the 2015 college football season without Heisman Trophy-winning quarterback Marcus Mariota, but that has not prevented oddsmakers from installing them as the favorite to win the Pac-12 in 2015.Still, I’m going to remain a bit skeptical until I see Mariota’s replacement in an actual game situation. Oregon’s starting quarterback spot is currently an open competition between redshirt junior Jeff Lockie, redshirt freshmen Morgan Mahalak and Ty Griffin and true freshman Travis Waller. Walk-on Taylor Alie will also be in the mix, but is likely considered the long shot at this point.
Older post
Newer post