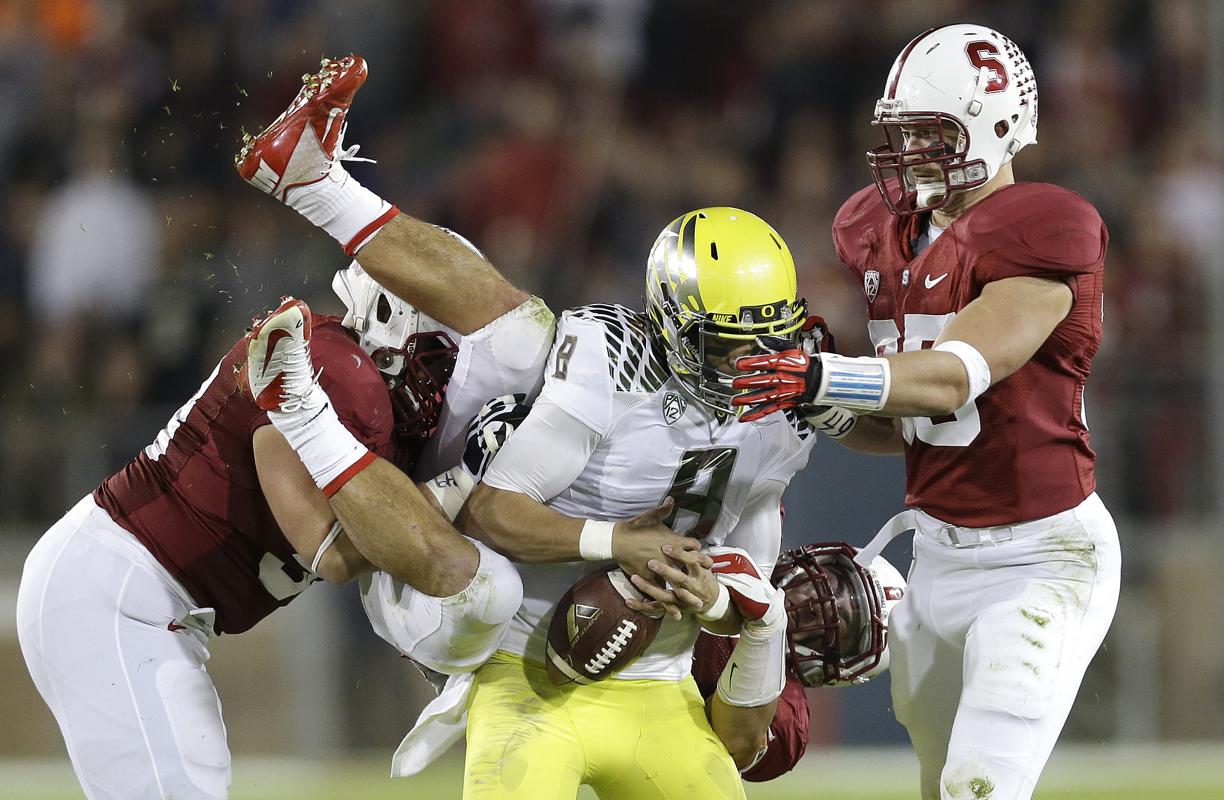 NCAA Football Betting News
College football betting spreads for the 2014 season are already out. Keep reading for the schedule & betting lines, but before doing that, read my analysis. We’ve pulled out a few key games so that you won’t have to work too hard to find the gems you need to make profits.

We like a lot of games in October. Arizona on Oct. 2 as a +25 point dog against Oregon is one to consider. As are LSU as a +6.5 road dog versus Auburn on Oct. 4. Tennessee hosts Florida on that same day as a +4.5 home underdog. The Gators aren’t any better than the Vols, not really, and the fans in Tennessee’s stadium still rock it better than anybody.Other games in October that might catch your interest are Stanford -6 on the road versus Notre Dame on Oct. 4, Oregon -3 at UCLA on Oct. 11 and Alabama -20 versus Tennessee on the road on Oct. 25. The dogs could have their day against the spread in every single one of those games.November 1 brings a great matchup between Stanford and Oregon in Autzen. The Ducks are -10 point favorites, but probably won’t be that big of a fave once the game is actually played. Then, a week later brings us Ohio State versus Michigan State. Whoever wins that should take home the Big Ten.Of course, the biggest game of the season could be the Iron Bowl when Auburn battles Alabama on Nov. 29. Auburn travels to Tuscaloosa for this one as a 6 point dog. That game could decide who gets into the College Football Playoffs from the SEC.