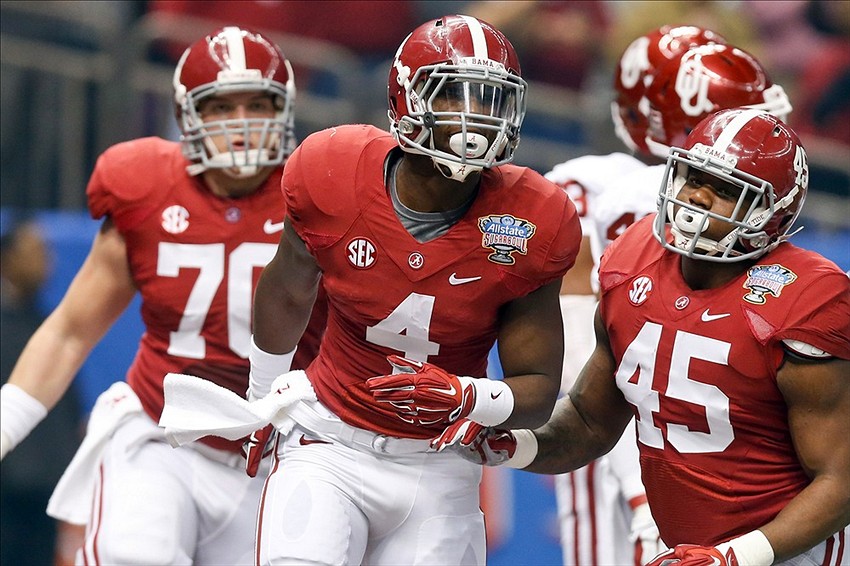 NCAA Football Betting News
The regular season of the 2014 NCAA football is pretty much done, but before we can get to the first ever playoff, we still have some Championship games that bring some great value for fans looking for college football betting opportunities. A few of these games are going to have a bearing on who’s in and who isn’t, with a couple of teams treading on very thin ice indeed.The team that may well be in most danger of dropping out of the top 4 with a loss is Florida State. Yes, they are unbeaten on the season, they put a hell of game last Saturday against the Florida Gators and extended their winning streak to 28 games, but they have been about as far from impressive as it gets. The ACC Championship game sees the Seminoles take on a Georgia Tech team that is riding on a high after knocking of their big rivals, the Georgia Bulldogs. With so much attention in the ACC going to Florida State, Tech has had their 10-2 season go pretty much unnoticed. This promises to be a good one that might be a whole lot closer than some people might think.

Last weekend’s Iron Bowl saw Alabama lay a beating on Auburn 55-44, but the fact of the matter was that a took them a fair amount of struggle to finally pull away in the end. If they want to win the SEC Championship, they are going to have to go through a Missouri team that is on an impressive 6-game winning streak. Their season looked dead after being blown out by Georgia, but they held it together and managed to win the East Division for the second straight season. The game on Saturday is likely to be their toughest yet. It was a crazy end to the Pac-12 season, as UCLA blew their chance to face the Oregon Ducks in the Championship Game. That left the door open for Arizona, as they knocked off their state foes, The Arizona State Sun Devils. While the Ducks are sure to be the favorite for this one, you have to remember that their only loss on the season came against Arizona, so you can bet they won’t be taking this one lightly.

One of the teams on the outside looking in on the playoffs is Ohio State. If any of the current top 4 slip up this coming weekend, it is the Buckeyes who are the most likely to sneak in and take their place. In order to do that, though, they are going to have to win the Big 10 Championship game against Wisconsin. Not helping the cause for Ohio State is the fact that QB J.T. Barrett is done for the year after fracturing an ankle on the weekend.
Older post
Newer post