NCAA Football Betting News
There are still several things that are unknown about the committee responsible for college football playoffs, but what is clear from last year’s playoff rankings is that voters value a strong schedule for their NCAAF betting picks. Looking at the 2015 schedule across the league, a good number of playoff-hopeful teams have found themselves lucky, landing a healthy list of high-level games both within and outside their conferences.As we wait for the start of the season and the buzz of activity in the college football odds and lines, here is a look at some of the top non-conference that could potentially have an effect on those who make it to the 2015-16 NCAA Football playoffs. 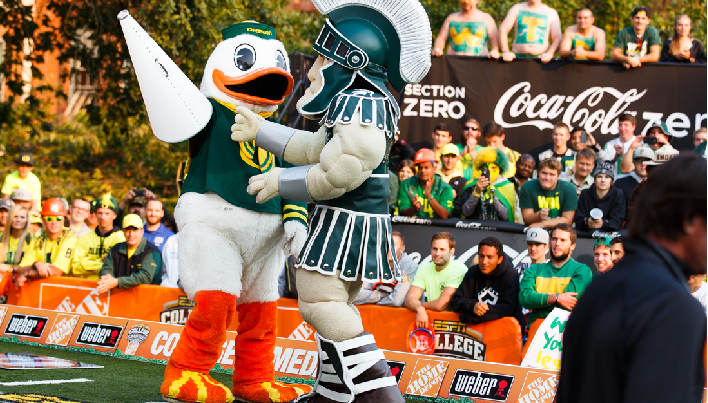 Considered to be the top non-conference match in 2015, two national title contenders will be squaring it out when the Spartans host the Oregon Ducks on September 12. When the two teams last met in 2014, the Ducks flew high, winning 46-27. This year’s meeting will thus be a chance for the Spartans to get their revenge, or for the Ducks to record a quality road win that could see them make it to the playoffs for the second year in a row. 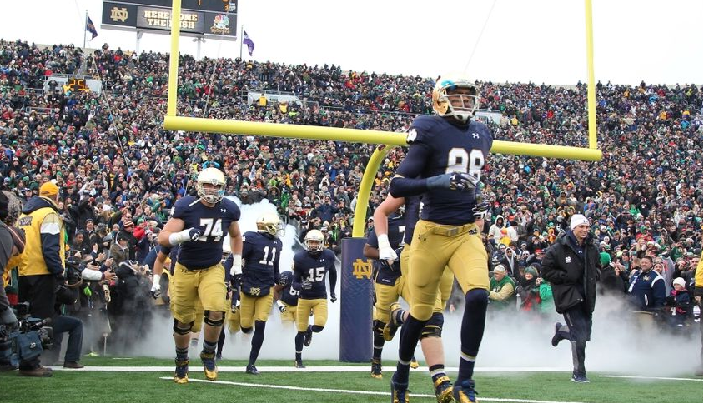 This match has the ability to decide the playoffs future for both teams, that is if they’ll get enough wins to earn worthy points from the voters. For what will be their 87th meeting, the Trojans (5-1 in their last six trips to the South Bend) seem to have the upper hand over the Irish, and will be hoping to extend their dominance this season. Last year’s fixture ended 49-14 in favor of the Trojans. However, you shouldn’t write off the Irish who will be fighting tooth and nail in order to please their home fans on October 17. 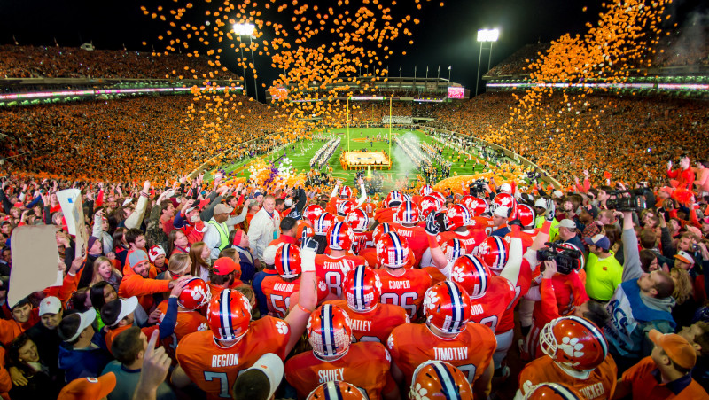 By the time these two teams meet, both will probably be ranked, setting up a crucial clash. This will become only the third time the two meet. 1977 was the second-last time they met, with the Irish beating Clemson 21-17, but the Tiger had their revenge two years later through a 16-10 win. The world of college football betting has waited for this fixture and all fingers are crossed that this match delivers a game worthy of the long anticipation. 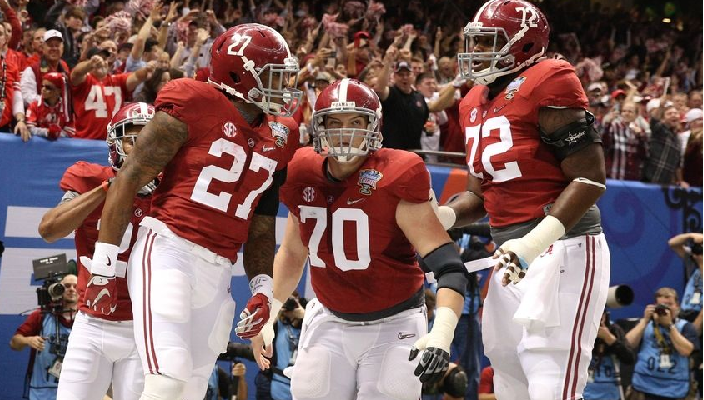 Despite these two teams being football powerhouses with a good number of years under their belts, they have only met once. That lone match, played in 1928, ended with the Badgers white-washing the Tide (then known as the Hornets) in a 15-0 shutout win. It has taken nearly 100 years for the two to meet again, and the Tide will definitely want to get the revenge, at least on behalf of their forefathers. Obviously, Alabama is the top-dog now, so if the September 5th fixture ends in a Wisconsin victory, the college football odds will be shaken to the core. 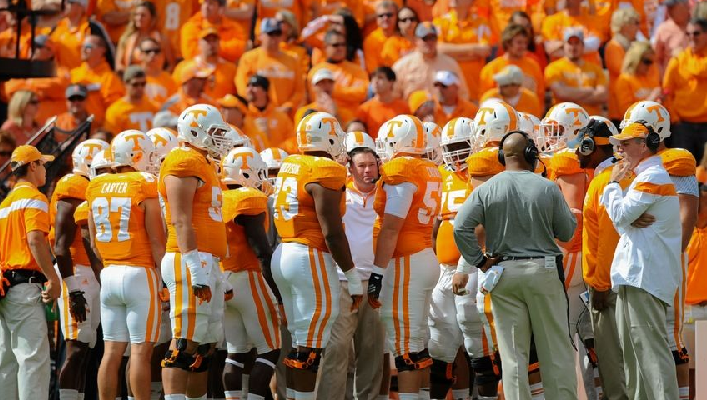 The Vols and Sooners have only met thrice in their history, with Oklahoma going 2-1 Tennessee in the three-game span. The Volunteers won the 1939 meeting, but Oklahoma followed by winning the 1968 fixture and claiming last season’s encounter, which ended in a 34-10 win. Both teams have conference championship desires and the winner could be spurred up to conference title contention. 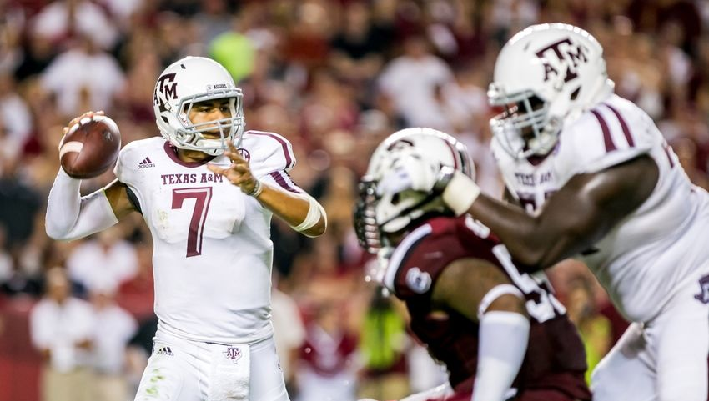 The Wildcats and the Aggies have never met before, but fans should expect an epic match on September 5th, as both teams have a lot of football pedigree. In addition, the two teams have splendid offensive units, so it should be a colorful night to remember in Houston. 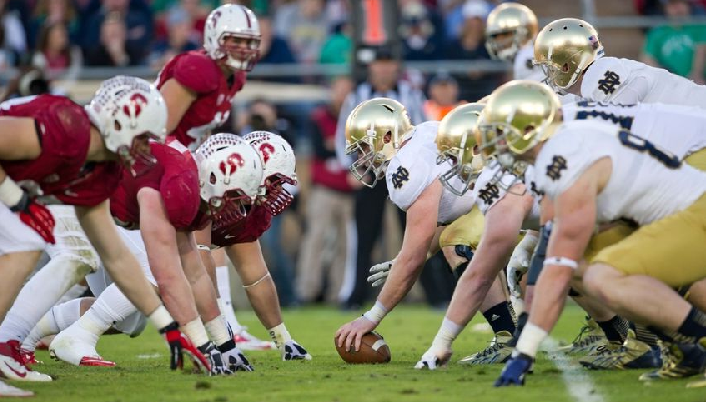 Football lovers should expect a physical and hard-hitting encounter on Nov. 28, as both Stanford and Notre Dame have their eyes set on successful seasons and this game will be a chance for them to make leaps in their ambition. The two have a recent history of rivalry, having met every year since 1997. The Irish lead the series with a 19-10 overall and is 12-3 mark at home, while the Cardinals are 7-6 at home. However, the Cardinals have dominantly won the last three encounters and are 4-2 in the last six encounters, meaning the momentum is on their side. With such stats and a need to excel in 2015, you should brace yourself for a riveting encounter. 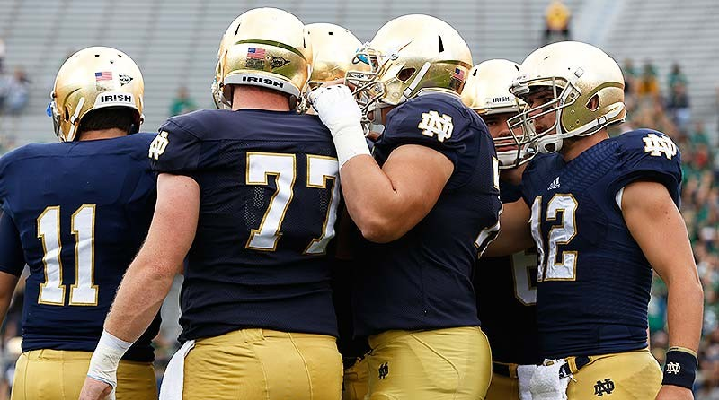 In a match set to open the season for both teams, the Irish will be raising their punches high to counter the charge of the Longhorns. The Irish are 8-2 in their last 10 encounters, with a 4-0 record in their last 4 encounters. After a long offseason of preparations, it will be interesting to see how the two teams perform and gauge what we can expect from both of them in the course of the season. 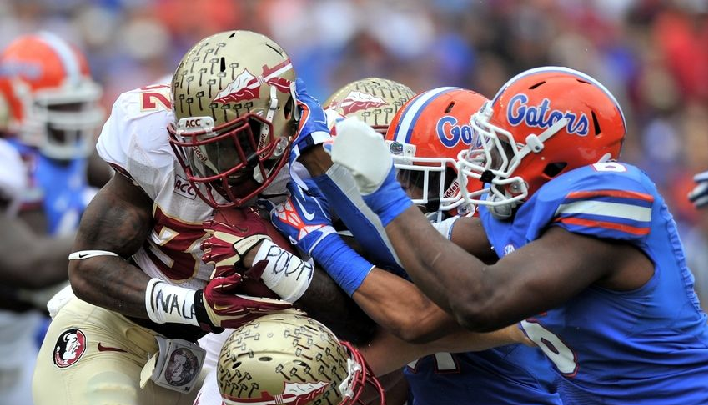 Though it may seem like the two Florida teams are in the same conference, they are actually placed differently, with the Gators in the SEC and the Seminoles in the ACC. More notably, the Gators currently lead the series with 34-23-2, though the Noles have been the better team in recent times, winning four of their last five meetings. And with the Gators going through a rebuilding phase, a win looks most likely for FSU in this matchup. 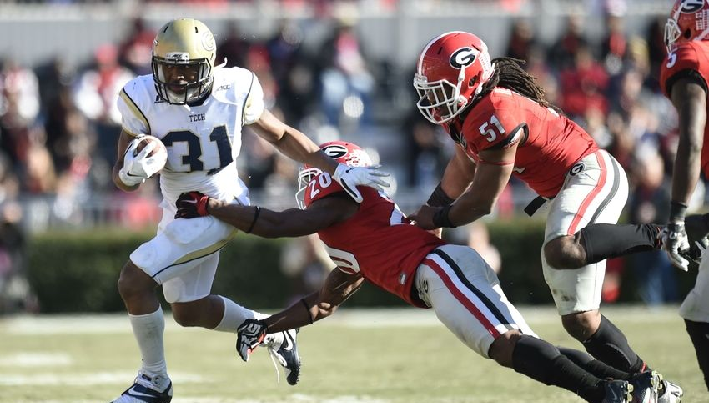 In what will arguably go down as the wildest football game in 2014, the Yellow jackets staged a thrilling 30-24 come-from-behind win against the Bulldogs. This was their second win in the last seven meetings. Looking ahead into this year’s meeting, Georgia Tech seems to have revamped since the arrival of Paul Johnson and are ready for another encounter with the rivals, while the Bulldogs still pack a nasty bite and speed in their running game, setting up the stage for a feisty clash.
Sources:
Chicagotribune.com: http://www.chicagotribune.com/sports/college/ct-big-ten-predictions-spt-0730-20150729-story.html
Al.com: http://www.al.com/sports/index.ssf/2015/07/alabama_crimson_tide_football.html
Gatorcountry.com: https://www.gatorcountry.com/feature/florida-gators-most-important-games-of-2015/
Older post
Newer post