NCAA Football Betting News
With the advent of the College Football Playoff, determining the national champion allows for a little more competition and a little less skulduggery, as now four teams have a chance instead of just two. The fact that the #3 and #4 teams (Ohio State and Oregon) were the two that ended up playing for the national title when, under the BCS guidelines, neither team would have had a chance to make the championship game, shows just how shortsighted leaving such a question up to polls and computers turned out to be. Even so, the BCS era did feature a number of elite programs, so let’s take a look at some of their accomplishments during the past college football betting season. 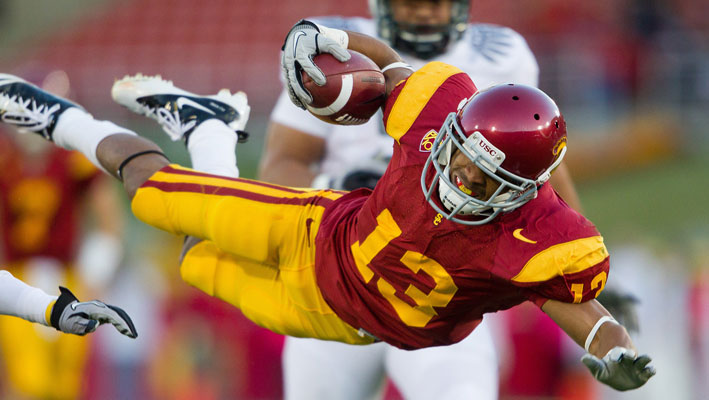 Record during the BCS era: 95-32 National Titles: 2 (1 shared with LSU) BCS Bowl Record (5-1) Final AP Rankings: 6 times in the Top 5 The most intriguing part of USC’s BCS dominance is that it only came in the last six years of the system. Pete Carroll led USC to six Pac-10 championships in a row and six consecutive BCS bowl berths. The Trojans started the 2001 season with a 2-5 record but then went 67-7 after that, with 34 wins in a row between 2003 and 2005. If USC had only been able to corral Vince Young in the 2006 Rose Bowl, the Trojans would have had three BCS titles. Carson Palmer, Matt Leinart and Reggie Bush all won Heisman Trophies during this stretch – three in four years. However, the NCAA’s investigations into some of the recruiting practices, especially regarding Reggie Bush, cast a bit of a pall over this, but there’s no questioning the Trojans’ quality on the field. 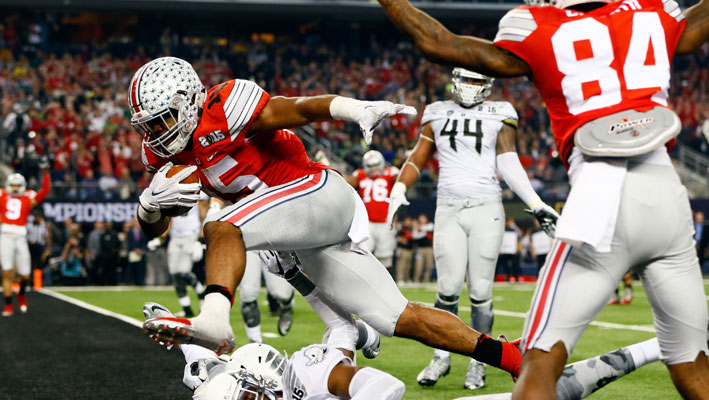 Record during the BCS era: 98-27 National Titles: 1 BCS Bowl Record (4-2) Final AP Rankings: 6 times in the Top 5 Even though their regular season record is better than USC’s, it was the number of BCS bowl wins and national championships that put the Trojans over the top. The Buckeyes appeared in two other BCS title games but lost handily to their opponents from the SEC. Jim Tressel did make Ohio State an elite program (and Urban Meyer appears to be continuing that trend now). Ohio State won three straight Big Ten championships from 2010-2012 and has simply overwhelmed their biggest rival, Michigan, during this time span as well. If the Buckeyes could only have done better against SEC opposition in bowl games, they would be at the top of this list. 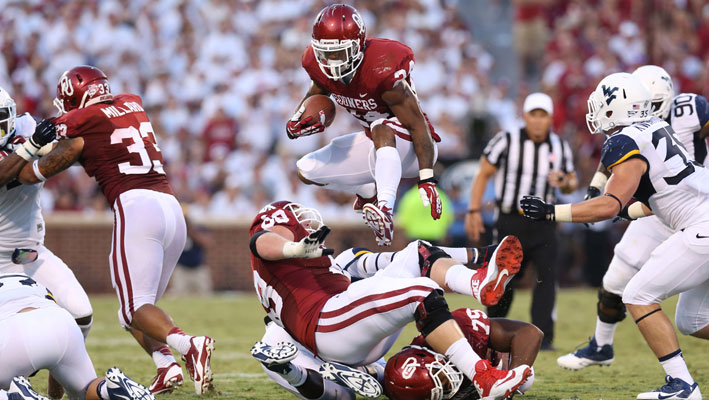 Record during the BCS era: 102-28 National Titles: 1 BCS Bowl Record (2-4) Final AP Rankings: 4 times in the Top 5 When Bob Stoops showed up in Norman, he had a mess of a program thanks to the awful work that John Blake did. However, over the next nine seasons, OU went to six BCS bowl games and played for the national title three times. His teams won at least 11 games in seven of those seasons. However, the Sooners have developed (fairly or not) a reputation for folding in the big bowl games. They did carry home the 2000 title, but in 2003 and 2004, they lost in the title game, and the 2004 game was an embarrassment at the hands of USC. The game that college football fans may remember most was OU’s Fiesta Bowl loss to Boise State in 2007, when Boise whipped out the Statue of Liberty play late to get a crucial score.   Sources: ESPN.com: http://espn.go.com/blog/bigten/post/_/id/27186/jim-tressel-by-the-numbers NFL.com: http://www.nfl.com/player/carsonpalmer/2505245/careerstats
Older post
Newer post