NCAA Football Betting News
The 2014 college football season will go down in history as one of the most successful ever for the Mississippi State Bulldogs in their 110 years of football existence. By mid-September, the Bulldogs were ranked top in the nation, making it the first time in over half a century the program was ranked that highly at such a time. Their 10-3 finish to the season was also just the second time the team had achieved such a mark in their regular-season NCAAF betting history. Furthermore, at the end of the season, they managed only their second major-bowl appearance in the Orange Bowl, where they lost to Georgia Tech. All such feats could not have been done without one outstanding player, QB Dak Prescott. By and large, the season’s successes came because of the impressive quarterback play from Prescott, who proved to be a true gem in the crown of Bulldogs.

Start of the Prescott Era 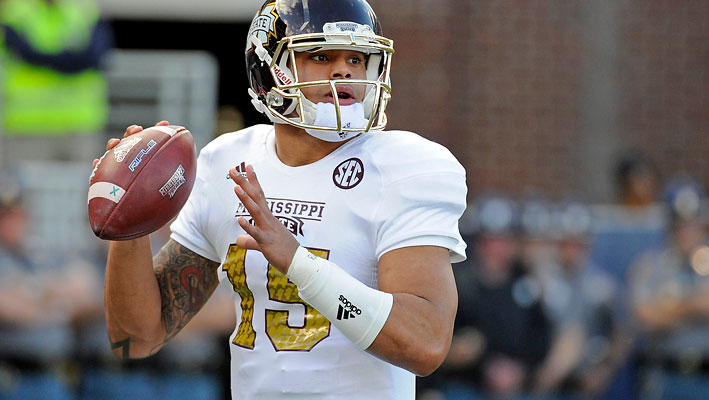 Prescott’s impressive abilities on the pitch did not start with the Bulldogs, as a glimpse of it can be traced back to Haughton High School, Louisiana. In his senior year in high school, he completed 159 of 258 passes for 2,860 yards and 39 touchdowns. This was accompanied by rushing for 951 yards on 90 attempts with 17 touchdowns.Prescott became a Bulldog in 2011, a season that saw him redshirted as a freshman. The following year he was able to play, and as a backup quarterback to Tyler Russell, he completed the season with 18 of 29 passes for 194 yards with four touchdowns and no interceptions, along with four rushing touchdowns and 110 yards rushing on 32 carries. 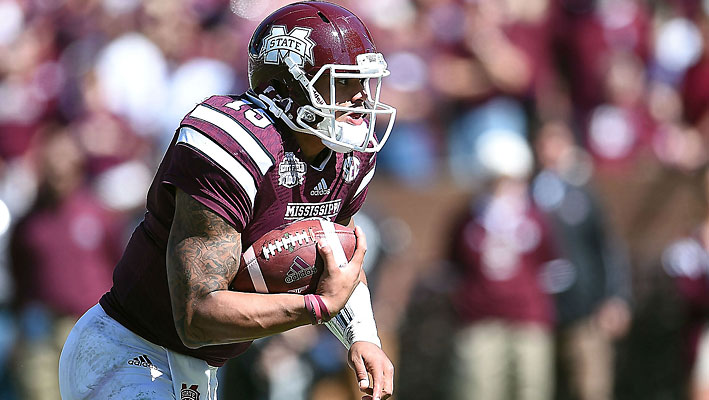 Things began the same way for Prescott in 2013, as he had to play second fiddle to Russell. However, the opportunity to be the starter came into his hands when Russell suffered a concussion. This changed Prescott’s story. By the end of that season he had gone 156-of-267 for 1,940 yards with 10 touchdowns, and seven interceptions. In addition, with 13 touchdowns, he ran for 829 yards on 134 carries on 11 games. Capping the season for him could not have come in a better fashion than being crowned the MVP of the 2013 Liberty Bowl, having led the Bulldog march over the Rice Owls. That season, his passing yards were ranked seventh in the nation, rushing touchdowns were ranked fifth, and his total yards (2,769) and total touchdowns (23) were both ranked fourth. 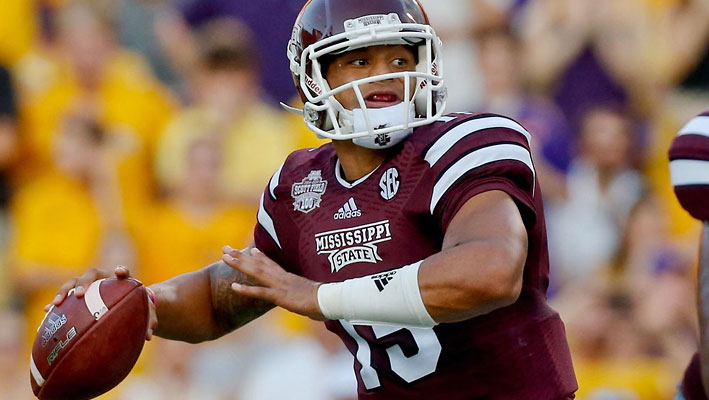 The 10-3 record the Bulldogs had last season could majorly be attributed to the presence of Prescott in the team. As Prescott’s game has continually grown and become better, so have the Bulldogs found their teeth to bite for more success. His two first-place votes for the record-setting 2014 season for both the team and himself saw him garner an eighth-place ranking in the final 2014-15 Heisman Trophy voting. For the season, he had a school record of 3,449 passing yards, 4,435 yards of total offense, 27 passing touchdowns, and 41 total touchdowns. On top of that, he earned a fourth all-time school record with his 14 rushing touchdowns and was honored as a First-team All-SEC.

Setting Up the Stage for Bigger Exploits in 2015 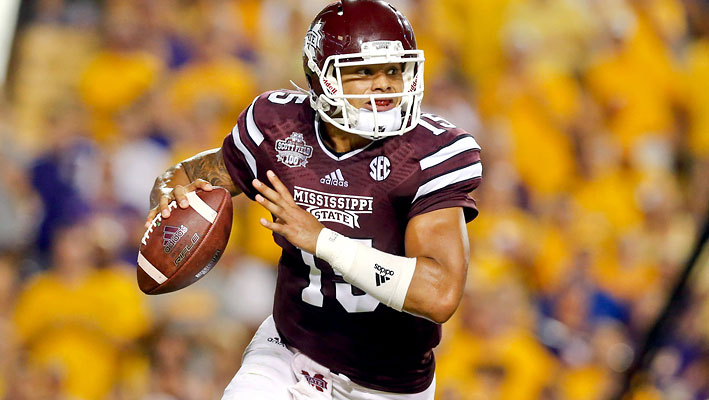 Currently, the 21-year-old Louisiana native is the number one all-time MSU record holder for total offensive yards (7,516) and total touchdowns (72). He also comes in impressively at No. 2 in both passing touchdowns (41) and rushing touchdowns (31), and is third in passing yards (5,583). With his stellar abilities, many are expecting him to lead nearly all those categories come the end of this season.His recent altercation in a concert in Panama City may have gotten his fans and team worried, but the good news is that he is fine and will be able to feature in 2015 season. Expectedly, he will be looking to improve what he achieved last year, hopefully barking with the Bulldogs into the playoffs. Whether or not he leads them there remains to be seen, but what is certain for now is that Prescott, just like his fellow Bulldogs, have grown strong canines and a big appetite for success, so a killer 2015 season should be in the offing for the QB and the team.SourcesWikipedia.org (https://en.wikipedia.org/wiki/Dak_Prescott)FoxSports.com (http://www.foxsports.com/college-football/outkick-the-coverage/mississippi-state-quarterback-in-panama-city-beach-fight-030915)
Older post
Newer post