NCAA Football Betting News
The TCU Horned Frogs are known for producing a number of quality players in the past. From the likes of Max Knake to Aaron Schobel to Jerry Hughes, the institution has produced players who have set and broken personal, school and national records. Without them, college football would not be the same. However, time has passed and those guys moved on with their lives to different levels. There is a current king in Texas, and Trevone Boykin is his name! The quarterback is a must-watch for every football enthusiast, boasting of transcendent skills that are bound to leave anyone awestruck. He is brief lowdown of this player and what he has to offer to NCAAF betting aficionados. 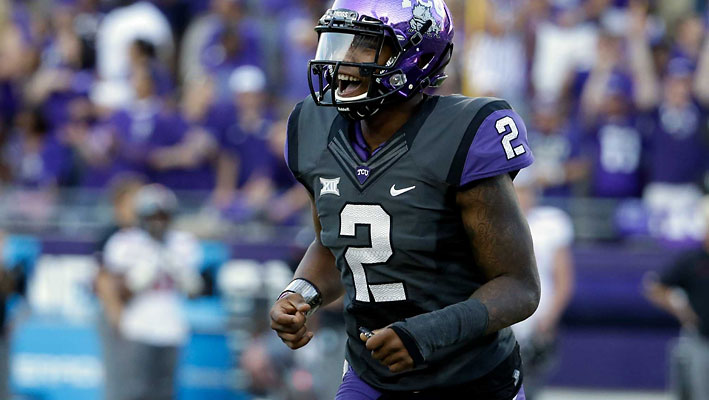 In his time at West Mesquite High School he was a letterman, both on the football pitch and the track. While playing football in high school, he rushed for 1,380 yards with 24 scores on the ground. He also completed 53.2 percent (116-of-218) of his pass attempts for 1,666 yards. As a junior, he managed 10 touchdowns through the air. During his senior years, he earned the district MVP and an honorable mention as an All-state. This was after he managed to rack up 1,799 yards with 30 touchdowns, 60.7 percent (198-of-326) passes, and 2,930 yards with 28 touchdowns against 11 interceptions. 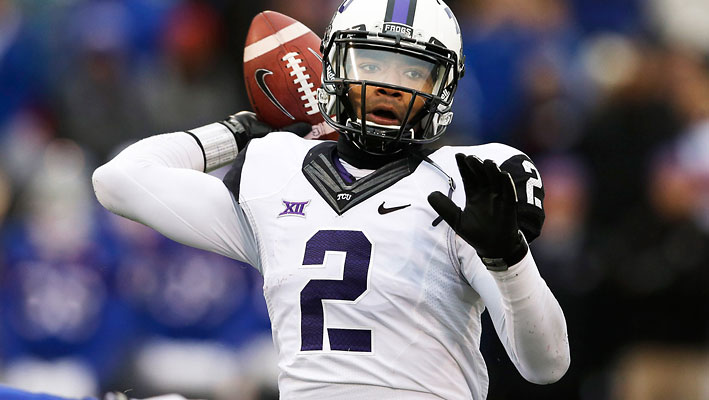 In 2010, Boykin joined TCU, overlooking UTEP to further his football career, a decision which seems to have worked amazingly to his favor. His first year in the college saw him become redshirted. In 2012, he became Casey Pachall’s backup for the Horned Frogs. He did not have to wait for long to impress, as Pachall suffered a suspension that led to Boykin becoming a starter, doing good generally. In nine games, he managed to complete 167 of 292 passes for 2,054 yards, 15 touchdowns and 10 interceptions, while adding 417 yards and three touchdowns on the ground.The turn of the year 2013 saw him soar to higher heights, starting six games as a quarterback and one as a receiver. He earned the record of being the first ever TCU player with a 200-yard passing, 100-yard rushing and 100-yard receiving performance in a single season. He ended that season with 1,198 passing yards, seven passing touchdowns, 313 rushing yards and seven rushing touchdowns. He also had 204 receiving yards on 26 receptions. 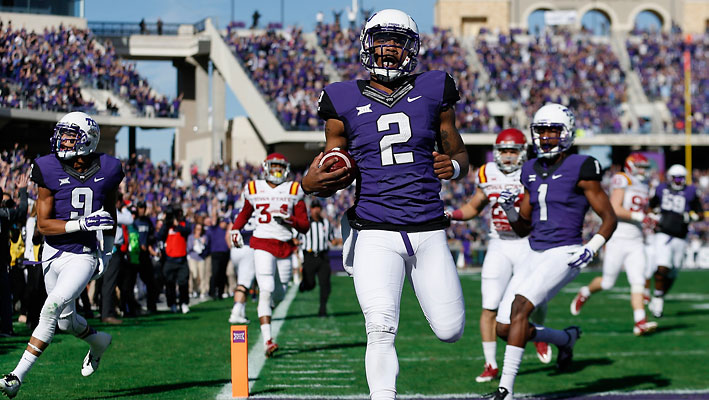 By the time the 2013 season was ending, Boykin had risen to a level where the Horned Frogs could not do without him. He had matured his game, and refined his skills as an indispensible dual-threat weapon, throwing like a quarterback and still running splendidly like a running back. Being trained by Sonny Cumbie, Boykin has grown into a smart signal-caller. In 2013, he seemed like a quarterback that had trust in only himself to get the job done, but last season he developed a trust for his fellow team members to do the job, as he distributed the ball to 11 different players at least 10 times.Currently, he is matchlessly the best quarterback in the Big 12. His personal starts in 2014 speak of a player with the potential to grow into the best college football has ever seen and the best the NFL has ever experienced. For 3,901 yards, he had 301 of 492 pass attempts (61.2 percent) and for every attempt, he had 7.9 yards. He managed 33 touchdowns against10 interceptions, helping the Frogs end the season with a 12-1 record and leading the team to a blowout victory over Ole Miss in the Peach Bowl. For his exploits last season, he was named Peach Bowl Offensive MVP, Big 12 Offensive Player of the Year award and came in fourth in the Heisman Trophy.

Look-ahead into the 2015 Season and Beyond 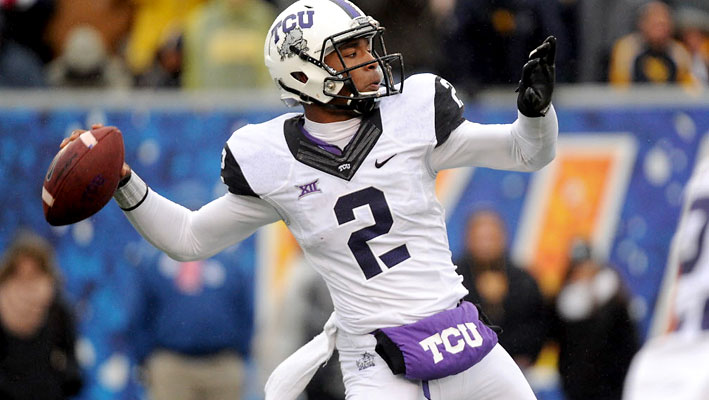 The 2015 season will be Boykin’s senior season, a time that can be really special to him. As he looks forward to joining the NFL, we can expect him to do everything possible to be the best as he gives defenses a hard time thinking of how to deal with him. Barring any injury or suspension, then the odds are high that the TCU signal-caller will have a great season, doing enough to win the 2015-16 Heisman Trophy and helping his team to go as far as winning the National Championship. Looking for fun and success in the NCAAF odds, Boykin is surely one to watch.SourcesWikipedia.org (https://en.wikipedia.org/wiki/Trevone_Boykin)ESPN.com (http://espn.go.com/blog/big12/post/_/id/100357/tcus-most-indispensible-player-qb-trevone-boykin)
Older post
Newer post