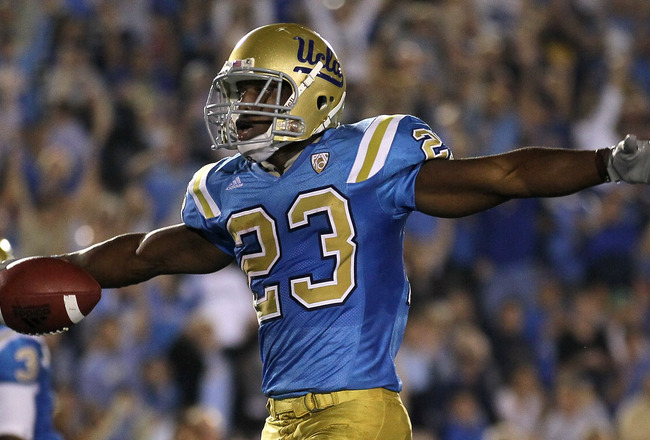 NCAA Football Betting News
Week 5 of college football betting is bringing another Pac-12 battle featuring two undefeated teams. In addition to Oregon State vs. USC, the Pac-12 action intensifies as the 3-0 Arizona State Sun Devils host the 3-0 UCLA Bruins in what could be the next chapter of what it seems to be a budding rivalry between these two teams.

Based on the past few seasons, it’s clear that this contest has special significance for both squads, but for the Sun Devils, facing a PAC-12 foe at their home stadium adds some extra pressure for a win. The Sun Devils have put together a perfect 3-0 start and they get back home after two road wins vs. New Mexico and Colorado. Despite having the home advantage, ASU will have to deal with some sensible losses, including starting QB Taylor Kelly, who is out for this one. Kelly’s replacement, Mike Bercovici, looked a bit unprepared against Colorado, but had a week to get ready for this game. After straight wins against the Virginia Cavaliers, Memphis Tigers and Texas Longhorns, the UCLA Bruins will hit the road again to play their first Pac-12 conference game of the season. The Bruins suffered a hard blow during their game against Texas when QB Brett Hundley went down and Jerry Neuheisal was called to replace him, but after a bye week and some resting, all signs point that Hundley won’t be back on the field to face the Sun Devils.

The spread for this game has been bouncing around since it was released. No. 11 UCLA, who has dropped in the AP Top 25 rankings since opening the 2014 college football season at No. 7, opened as 4-point favorites, but moved to 5-point and then 5.5-point favorite to win this battle between undefeated nationally ranked teams. Now, the Bruins are a talented team and have the potential to pull an upset, but based on their ATS record, the team has struggled against the spread, failing to cover so far this season. No. 15 Sun Devils are 10-2 straight up in its last 12 at home, but has also struggled ATS at just 1-4 ATS in its last five home games and 3-6 in its last nine overall. However, the Sun Devils are a solid 4-2 SU in their last six at home against the Bruins, and 4-0 against the spread following a bye week. The Bruins are 3-7 against the spread following a bye week, 6-2 ATS against a team with a winning home record, and 8-3 against the spread in their last 11 games against Arizona State.

UCLA: -5½-110 ARIZONA STATE: +5½-110 UCLA leads the series, 17-10-1, but a handful of games played over the last three seasons ignited the rivalry between these two Pac-12 foes. In 2011, the Bruins downed Arizona 29-28 at the Rose Bowl; a last second field goal attempt that would give the win to the Sun Devils was just off the mark. The two teams met again in 2012 at Sun Devil Stadium. ASU led the game 43-42, but with only 93 seconds left on the clock, UCLA quarterback Brett Hundley secured the position for a winning 33-yard field goal as time expired. Then last season, ASU’s defense stopped UCLA on the game’s final drive for a 38-33 win, so as you see, the last three scores have been brutally close, so expect another tight game this time.
Older post
Newer post