NCAA Football Betting News
Unless a team has been very good at home for a stretch of several years, NCAA football betting trends have it that Home-field advantage is typically worth three points. Basically, it is because of the small advantage that the majority of the perennial football powerhouses tend to cruise through most their opponents on a regular basis, often using their vast resources and experience to win games, whether they are playing at home or on the road.Nevertheless, there are number of absolute hellholes to visit, often devilishly condemning even the best of teams to hard-earned eked out wins or losses. On a good number of times, visiting such home stadiums is difficult because of issues such as crowd noise, difficulty in travels and intimidating supporters associated to venues like LSU’s Death Valley. However, when considering home field advantage in the college football betting lines,  mphasis is laid on more than just the atmosphere in toughest stadiums in college football. Other factors such as the nature of a division/conference, type of school (FBS/ FCS) and team consistency play important roles in influencing the NCAAF odds.As a good example, the Florida State Seminoles have been one of the worst college football teams in home field advantage, rarely asserting their authority at home. This fact is exemplified by their 2014 run that saw them win all their seven home games, good for a 7-0 SU home mark, but only managed to cover just once in those games (a 43-3 win over Wake Forest on Oct. 4th, 2014), totaling a 1-6 ATS mark at home.Considering the Seminoles have not lost any home game since 2013 and have won 27 of the 28 overall games played in the last two seasons (including a National Championship win over Auburn in 2013), they probably don’t care much about being ranked highly in home field advantage because wins come wherever they play.On the flipside, home advantage counts greatly for certain teams in the league and is a key reason behind their success. An example to this is the Baylor Bears, who are impressively 24-1 against-the-spread (ATS) in their last 25 home games, a record that spans over four seasons. As far as wins are concerned in those four seasons, the Bears have lost just three home games, two of those losses coming in the postseason, with their last regular-season home loss coming in 2012 against TCU (a 49-21 defeat on Oct 13). 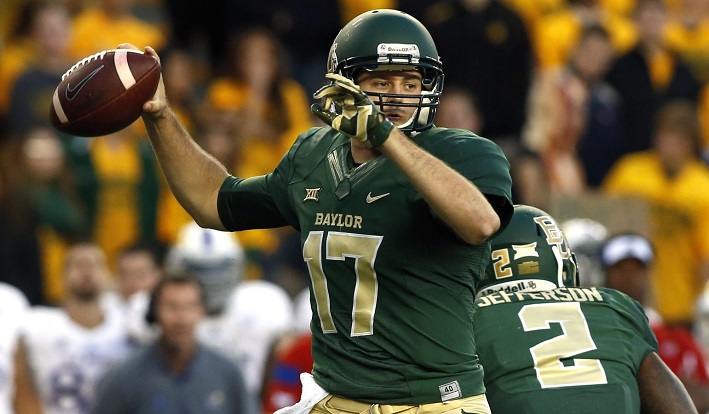 This difficulty for teams to win or cover the spread in the Bears’ backyard is the reason why Baylor ranks among the best teams in nation in home field advantage. Interestingly, the Bears are ranked that highly in home field advantage, yet the McLane Stadium doesn’t place anywhere among the top 20 toughest stadiums to visit in college football.As another crucial note, playing in power conferences often tends to erode away home field advantage. This is because most of the power conferences constitute elite teams, making it hard to establish consistency and dominance. Even so, there are traditionally really bad teams that tend to be a non-factor at home or away, eliminating the perceived strong home advantage for most teams playing in lower-tier conferences.ConclusionAll in all, ranking highly in home field advantage isn’t necessarily a good thing, just in the same way ranking low doesn’t mean you are a bad team But as a general rule, it is best to rank highly, as that means you are able to take care of most opponents that visit your home field. Also, being able to play well both at home and on the road is better than being one-sided, where you are good at home and poor on the road or vice versa.Sources:ESPN.go.com (http://espn.go.com/college-football/team/_/id/52/florida-state-seminoles)Wikipedia.org (https://en.wikipedia.org/wiki/McLane_Stadium)
Older post
Newer post