Written by Jordan Walters on September 4, 2015

NCAA Football Betting News
College Football and its multitude of NCAAF betting opportunities will be at its best when the 24th-ranked Boise State Broncos host the Washington Huskies in a huge Week 1 regular season opener. You see, with head coach Chris Petersen making his return to Boise State after bolting to take the job at Washington following the 2013 season – and both of these teams hoping to contend for a berth in the four-team playoff – this matchup is must-see TV.

Better still is the fact that you’re going to have a great chance to cash in on this contest thanks to the expert betting analysis you’re about to get on this intriguing pairing. With that said, let’s rock and roll!

Washington at No. 24 Boise State 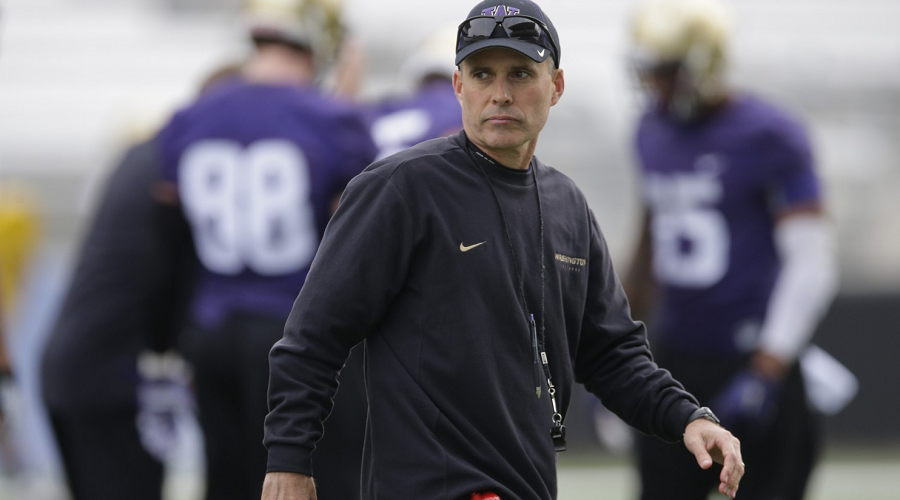 The Washington Huskies (8-6 SU, 7-7ATS) had a fantastic first season under former Boise State head coach Chris Petersen, the man that turned the Boise State gridiron program into a perennial national powerhouse. Petersen’s arrival changed the entire mindset in Washington very quickly last season and turned the perennial punching bag into a respectable contender. Now, the Huskies will have a new starting quarterback this coming season, but they’ve also got a prime-time running back in Dwayne Washington and I believe they’re going to lean heavily on him this coming season. 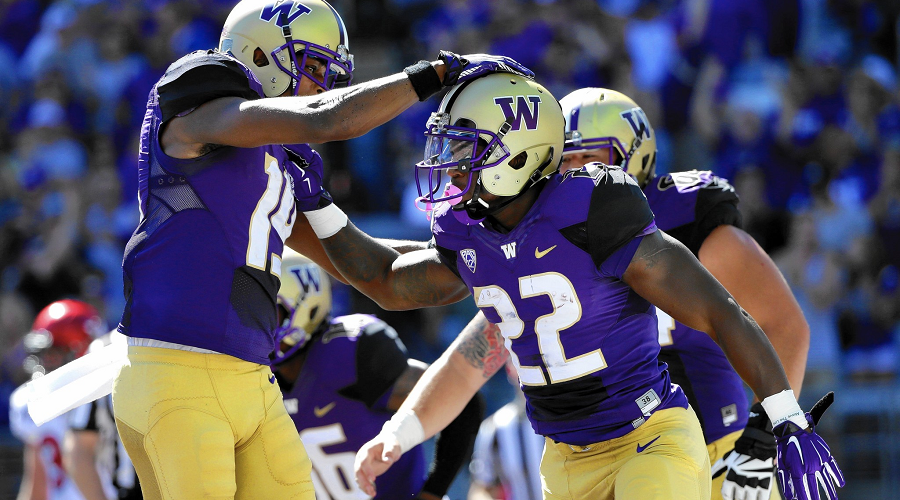 Washington went 8-6 SU, 7-7 ATS and 4-10 O/U in Petersen’s first year in Seattle and it was a solid start as Petersen had to both, change the entire culture surrounding the program, while still trying to win at the same time. Heading into 2015, Petersen’s first order of business is to settle on a starting quarterback. Redshirt freshman K.J. Carta-Samuels and true freshman Jake Browning have battled for the job, but no one has been named the starter, even with about 10 days remaining until game time. 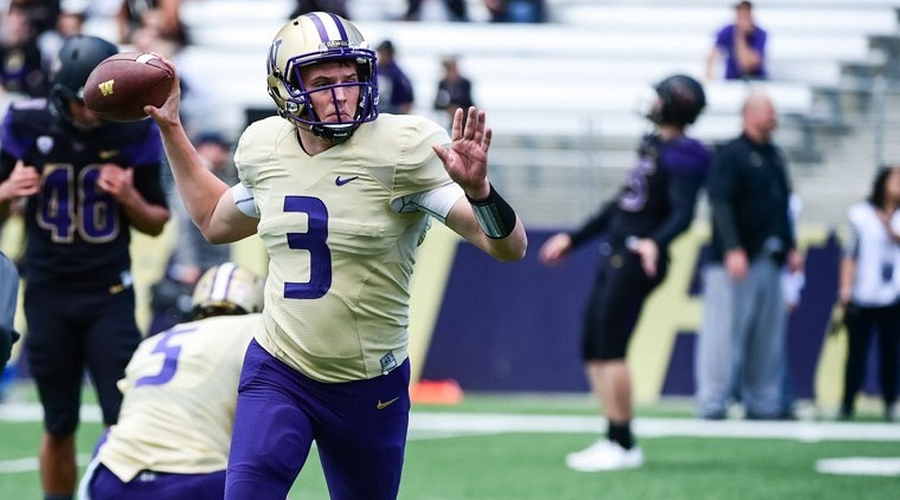 “We’re not in big panic mode,” offensive coordinator/quarterbacks coach Jonathan Smith told reporters this week. “But you’d always like to be able to settle on one here. We are trying to push ourselves to do that but we don’t want to make the wrong choice. We’re still letting it play out. There’s nothing decided, and there’s no timetable.” Maybe it’s me, but that sounds a bit worrisome to me. 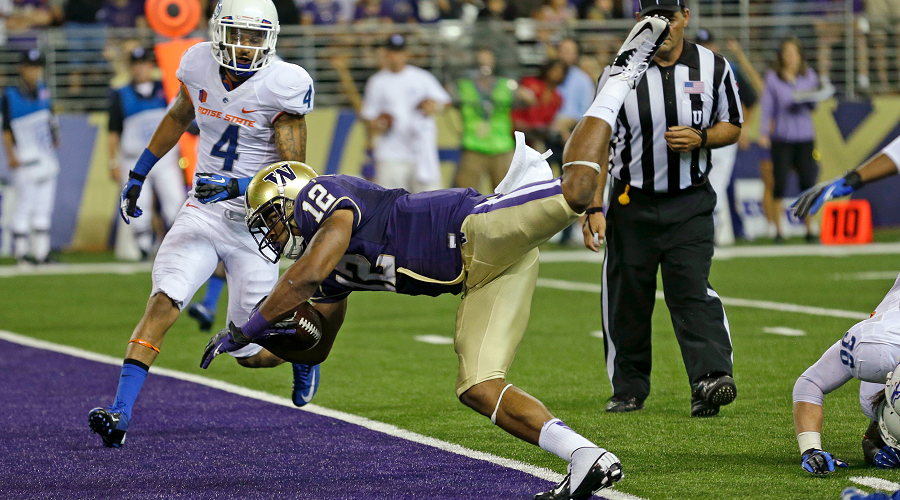 Anyway, the Huskies do have plenty of good news in the fact that they have two likely NFL performers suiting up in offensive linemen Marcus Henry (center) and Rees Odhiambo (left tackle) and a rushing attack that could be one of the best in the nation in 2015. 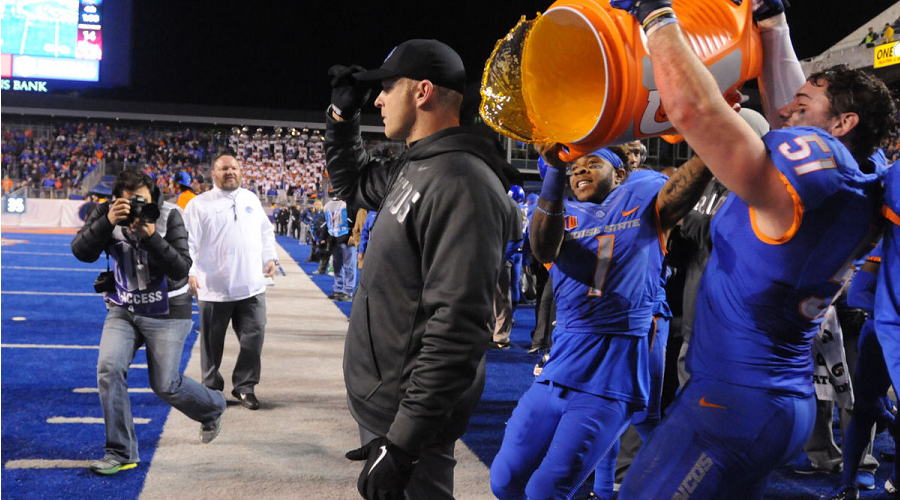 Boise State (12-2 SU, 8-6 ATS) also had a very successful first season under new head coach Bryan Harsin and the Broncos return a whopping 18 total starters (10 on offense, eight on defense) in 2015. The Broncos are also one of the most consistent college football winners in recent memory, having lost two or more games just one once in the last seven seasons, although most all of that success came under their former head coach. 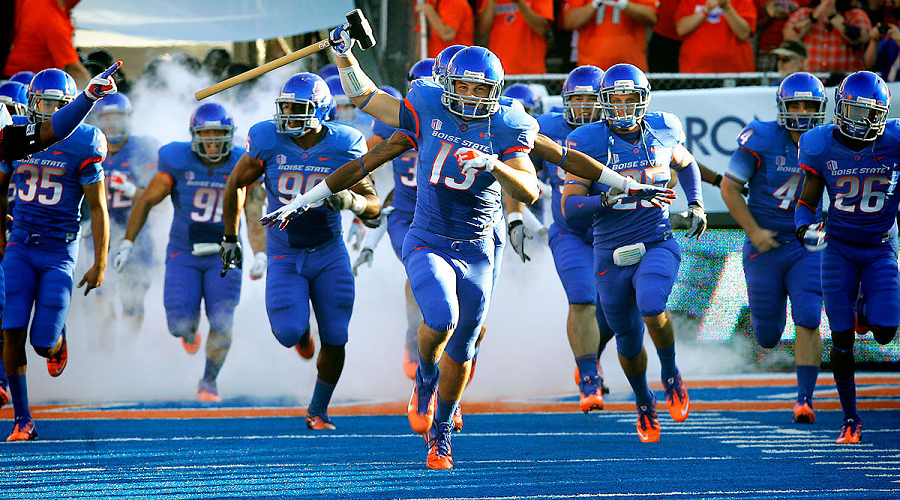 The Broncos have 17 returning starters (9 on offense, 8 on defense) and appear poised to repeat their success of last season – if they can find capable replacements for their two departed offensive starters in quarterback Grant Hedrick and tailback Jay Ajayi. The pair accounted for a whopping 89.1 percent of Boise State’s total yards and 92.4 percent of their touchdowns. 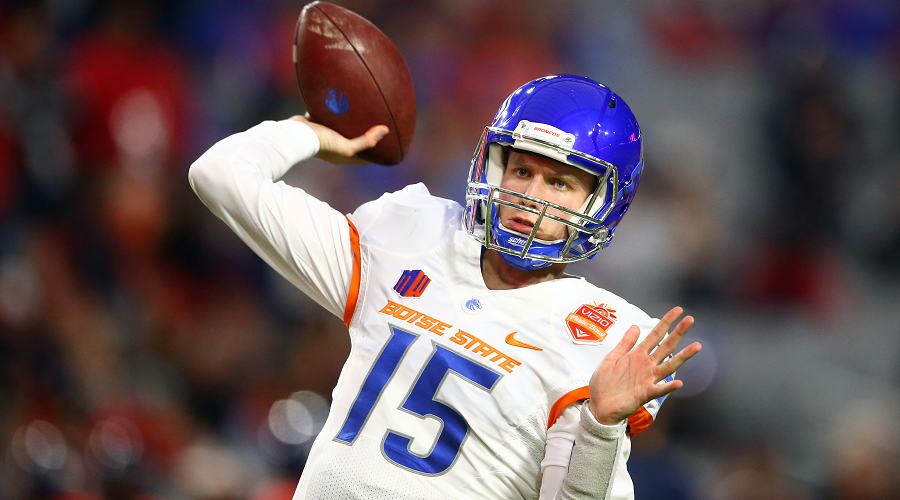 Right now, I’m not certain that sophomore Ryan Finley, the backup last year, is quite ready for prime time and I’m not sure how Harsin’s plan to go with a running back-by-committee approach is going to work this season. The good news is that the Broncos return their entire starting offensive line and three starters on the defensive line, including Mountain West Conference sack leader Kamalei Correa. 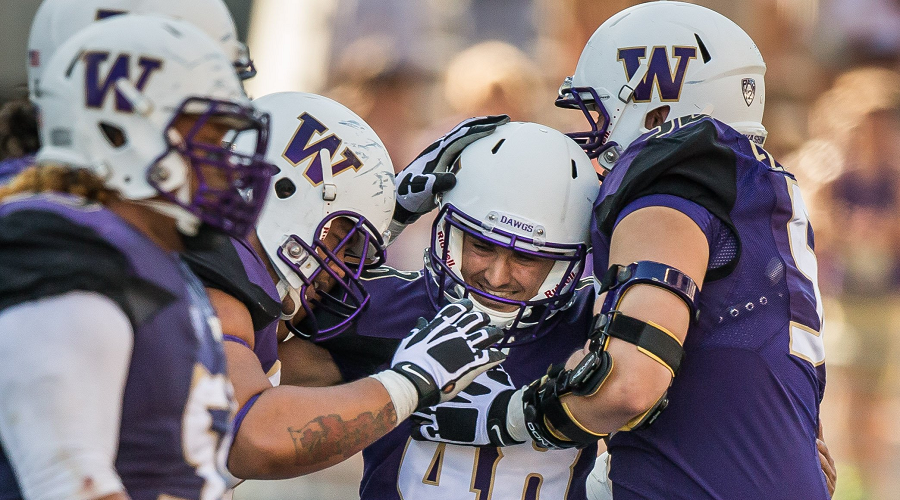 Still, I like the Washington Huskies to get the ATS cover for Petersen in his return to Boise. Call this contest a matchup of the master schooling the former pupil.