NCAA Football Betting News
If you’re a College Football betting fan looking forward to the upcoming 2015 season and the multitude of chances it brings to cash in consistently, then you’re in luck, thanks to this expert trio of ‘Way Early’ Week 1 quick picks.We’re going to get started with a pick on the defending national champion Ohio State Buckeyes taking on visiting Virginia Tech.

The defending national champion Ohio State Buckeyes (14-1 SU, 10-5 ATS) are absolutely brimming with top-notch talent, starting with their fantastic trio of quarterback Cardale Jones, running back Ezekiel Elliott and wide receiver Michael Thomas, even though Jones may not start as he’s in a three-way battle alongside former starters Braxton Miller and J.T. Barrett. However, it probably doesn’t matter which of the three opens the season under center for Urban Meyer, the Buckeyes are simply that talented.Ohio State has arguably the best offensive line in college football and possibly the best running back in the game in the gifted Elliott, a player that closed out the 2014 season by rushing for an astounding 696 yards over the final three games last season. While the Buckeyes are favored to win the Big Ten and national championship in 2015, I’m not sure they’re going to be able to put away the Virginia Tech Hokies (7-6 SU, 6-7 ATS) by nearly three touchdowns in this regular season opener. 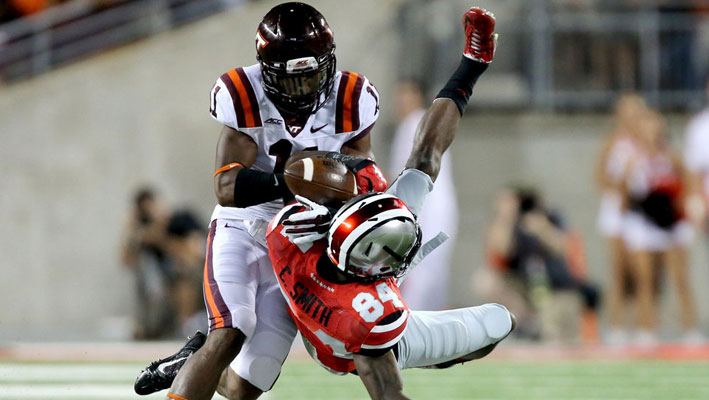 Frank Beamer’s team has a whopping 16 returning starters from a team that raked 14th in the nation by limiting their opponents to just 20.2 points per game last season. If Texas Tech transfer quarterback Michael Brewer can cut down on costly turnovers, I think the Hokies could give the Buckeyes a run for the outright victory.Brewer threw for 2,692 yards and 18 touchdown passes a year ago, but pretty much negated a bunch of that by tossing 15 interceptions with 11 of those coming in the first six games of the 2014 season.The Hokies will need to score the ball a bit themselves, but I believe they’ll be able to keep the final score inside three touchdowns because of the quality defense. Besides, Virginia Tech is 5-2 ATS in their last seven games as an underdog of eight or more points.The Pick: Virginia Tech +18 Points

Arizona -30 at home against UTSA

The Arizona Wildcats (10-4 SU, 5-9 ATS) are a team on the rise under head coach Rich Rodriguez after reaching the 2014 Pac-12 title game and recording their first 10-win season and ranked season since 1998.I love quarterback Anu Solomon and Lombardi Award winner, linebacker Scooby Wright, and I think the ‘Cats are a good bet to take down a Larry Coker-led Texas-San Antonio team they barely beat 26-23 season as a 7.5-point road favorite.Injuries and pitiful offense were just two of the reasons that UTSA (4-8 SU, 4-8 ATS) had a pitiful 2014 season a year ago, but that’s not why I think the Roadrunners are going down badly in their regular season opener.No, it’s the fact that Texas-San Antonio has just five total returning starters from last season’s squad and will be extremely young and inexperienced as they get set to kick off the 2015 season. 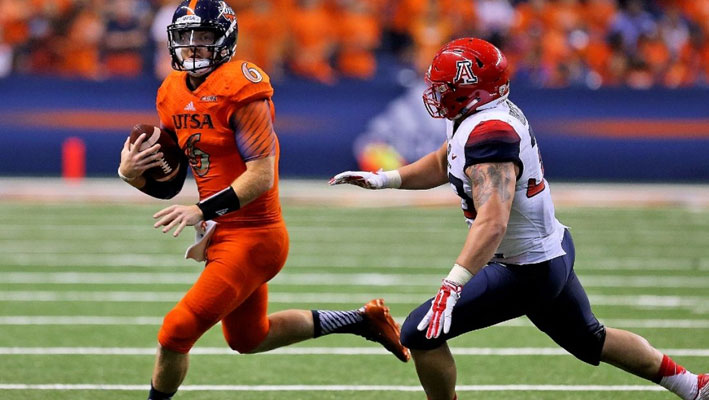 I can see the Wildcats winning this matchup – and just narrowly covering the high NCAA college football betting line.The Wildcats are 3-0 SU in their last three games as a double-digit favorite and I believe they’re going to cover the spread to move to 5-5-1 ATS in their last 11 games as a fave of eight or more.The Pick: Arizona Wildcats -30 Points

Colorado at Hawaii Over 61.5 Total Points

Hawaii (4-9 SU, 6-6-1 ATS) is coming off a dismal four-win season in 2014, but there’s reason to be hopeful as the Warriors get set for the upcoming 2015 season.Hawaii has a dozen returning starters from last season’s team and what should be their most talented team since head coach Norm Chow took over three seasons ago.Colorado (2-10 SU, 6-6 ATS) was just awful a year ago in winning a pitiful two games. The Buffaloes gave up a whopping 39.0 points per game defensively and simply could not stop running water if their collective lives depended on it. 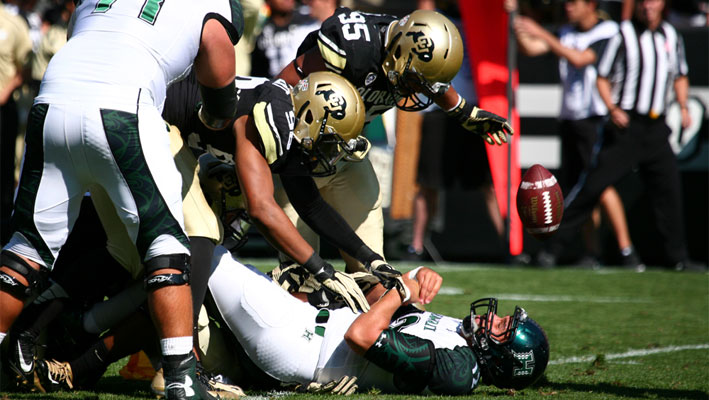 Colorado went winless in Pac-12 conference play for the first time in 99 years, but suffered four losses by five points or less, meaning they were in a lot of game before fading.With the Over going 6-2 in Colorado’s last eight games and 12-8 in their last 20 games overall, not to mention 10-6 in Colorado’s last 16 games with Over/Under Total odds, I say the Over is the best play for this Week 1 matchup.The Pick: Over 61.5 Total Points Sources:ArizonaWildcats.com: http://www.arizonawildcats.com/ESPN.com: http://espn.go.com/college-football/team/_/id/2641/texas-tech-red-raiders
Older post
Newer post