NCAA Football Betting News
If you love betting on college football and you’re excited about the upcoming 2015 season and the multitude of chances it brings to cash in consistently, then you should know that you’re not alone. You see….collegiate gridiron gamblers just like you are gearing up across the globe for what promises to be another exciting – and potentially valuable – 2015 campaign.Thanks to this mybookie.ag NCAAF betting breakdown original, you’re going to get three great Week 1 college football picks that should all help you get your new wagering season off to a positive start. With that said and the 2015 season quickly approaching, let’s get started.

Analysis: The Texas Longhorns (6-7 SU, 7-6 ATS) managed to win six games in head coach Charlie Strong’s first season and I believe that things can only get better for the Longhorns moving forward.Still, I believe Texas will only go as far as young quarterback Tyrone Swoopes takes them in 2015 – if he keeps a hold on his tenuous starting position that is.Last season’s more traditional offense has been replaced by an up-tempo, spread attack that should allow the multi-faceted Swoopes to make more plays in the open field. Swoopes however, has competition in the form of redshirt freshman Jerrod Heard and incoming freshman Kai Locksley.

Swoopes went 5-7 as the starter in 2014 with 13 TD passes and 11 INTs, but reports out of Austin say that Heard had “really closed the gap,” according to head coach Charlie Strong.Quarterbacks coach Shawn Watson said the development of Heard was “the single-most important thing” that happened to the team in the spring. There’s a chance coaches will play both quarterbacks early in the season until one becomes the clear-cut starter.Senior Jonathan Gray will lead a running back-by-committee approach (again) for the Longhorns that I don’t believe is in the team’s best interest. Gray will be pushed by redshirt freshman Donald “Duke” Catalon and sophomore D’Onta Foreman.If the Horns can improve their offensive line play and overcome the loss of All-American defensive lineman Malcolm Brown, they could surprise.The Notre Dame Fighting Irish (8-5 SU, 6-7 ATS) have won at least eight games in each of Brian Kelly’s five seasons, but the Notre Dame fan base is getting restless again as they seek nothing short of a national title.Besides, the fan base has a right to be disappointed after watching Notre Dame’s get off to a stellar 7-1 start before collapsing late and dropping four of their last five games last season.Now, with quarterback Everett Golson playing for Florida State, the Irish are looking to rebound and improve under sophomore signal-caller Malik Zaire.Notre Dame needs to upgrade an overly generous defense that gave up a whopping 29.2 points per game last season (84th) but there’s plenty of talent on the roster for Kelly to work with, even if the Irish aren’t as experienced as their head coach would like them to be, particularly at quarterback.Prediction: Texas managed to win three of its last four regular season games and finished 5-4 in the Big 12…so clearly, this team is not as bad as many believe. With Notre Dame having its own issues with an inexperienced quarterback, I believe the Longhorns are the pick to cover the nearly two-touchdown spread in this regular season opener.The Pick: Texas Longhorns +13.5 Points 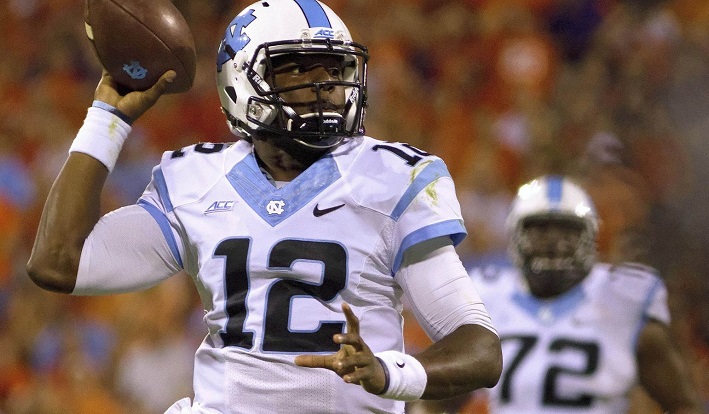 Analysis: The South Carolina Gamecocks (7-6 SU, 7-6 ATS) will look to rebound from their first six-loss season since 2009 when they host the North Carolina Tar Heels (6-7 SU, 5-8 ATS) in an interstate rivalry on September 3, but I like the big upset in this opener.North Carolina returns a whopping 10 starters on offense, including athletically-gifted quarterback Marquise Williams. The Tar Heels averaged a stellar 33.2 points per game last season and can score the ball with any team in the country. Unfortunately, they also allowed a whopping 39.0 points per game defensively under offensive-minded head coach Larry Fedora.After recording a whopping 42 victories between 2010 and 2013, South Carolina head coach Steve Spurrier has several areas he needs to address starting with the question of who will be the team’s new starting quarterback in 2015.Sophomore Connor Mitch (6-3, 210) is slated to start right now, but he’s thrown just six career passes. Recruits, Perry Orth (6-1, 212) and Michael Scarnecchia (6-4, 201) will both have a shot to unseat Mitch this spring, but the fact of the matter is that no one knows right now how good any of the three signal-callers will actually be this coming season. The Gamecocks return 15 total starters in both sides of the ball.I like the North Carolina Tar Heels to take down the South Carolina Gamecocks in this Week 1 matchup, seeing as how South Carolina averaged 26.9 points pr game a year ago while allowing 28.8 per game defensively. Marquise Williams is the best quarterback playing in this contest and he should be the difference in this contest NCAAF betting buffs.The Pick: North Carolina +5.5 Points 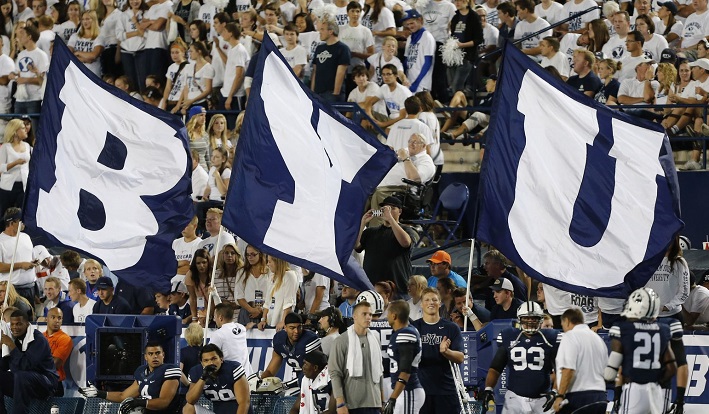 Analysis: The Nebraska Cornhuskers (9-4 SU, 8-4-1 ATS) won nine games in 2014, but apparently school officials wanted to go in a new direction moving forward so they fired head coach Bo Pelini at the end of the 2014 season.Now comes former Oregon State coach Mike Riley and he’s charged with keeping the Huskers relevant when it comes to national title contention. Riley however, has only been able to reach the 10-win plateau once in his career (2008) while Pelini won nine or 10 games in each of his seven seasons at Nebraska.Nebraska will need to overcome the loss of running back Ameer Abdullah and will need quarterback Tommy Armstrong to improve on his unimpressive 53.3 percent completion mark, but let’s not forget, this team managed to put up a whopping 37.8 points per game to rank 13th in scoring.If the Huskers can find a suitable replacement for Abdullah and play the same kind of defense they did in finishing 60th in points allowed (26.4 ppg), they could very well reach nine wins in Riley’s first season.Although their 2015 schedule is a lot tougher than it was a year ago, I believe the return of superstar quarterback Taysom Hill makes the BYU Cougars (8-5 SU, 5-8 ATS) a team that everyone had better watch out for in 2015.Bronco Mendenhall’s team was a perfect 4-0 and ranked 18th in the nation when Hill broke his leg in the second quarter against Utah State. The Cougars then lost their next four games as their 2014 season fell far short of their early season expectations. Still, the Cougars won eight games and will undoubtedly be better because of the return of their Heisman Trophy candidate. 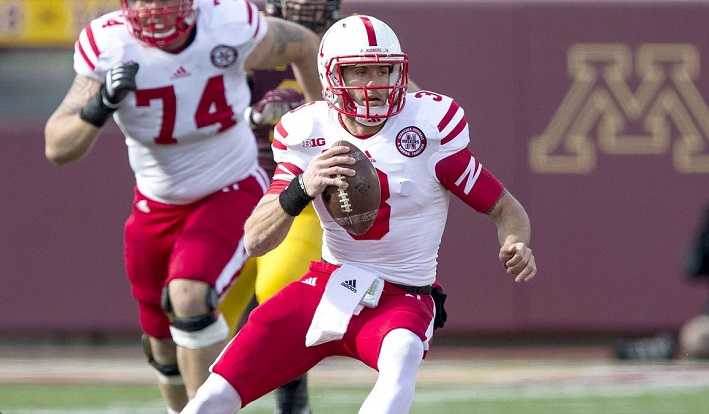 The multi-faceted Hill had completed 66.7 percent of his passes in five games last season while rushing for another 460 yards and eight touchdowns in 2014. If Hill plays anywhere near the level he’s capable of, then BYU’s 15th-ranked scoring offense (37.1 ppg) could explode on their opponents even more in 2015. The Cougars’ September schedule includes this affair against Nebraska along with dates against Boise State, UCLA and Michigan. Mendenhall wants to make his Cougars a legitimate national title contender by playing as many elite teams as possible.“We’re playing our way into contention and national recognition through the best opponents on the biggest stages, mostly away from home,” he says.For this contest, I like the BYU Cougars to not only cover the spread, but take down the Cornhuskers for the outright win, thanks mostly to the efforts of Taysom Hill.The Pick: BYU +6.5 PointsSources:Wikipedia.org (https://en.wikipedia.org/wiki/Marquise_Williams)ESPN.go.com (http://espn.go.com/college-football/player/stats/_/id/482594/taysom-hill)
Older post
Newer post